Michigan's economy is very diverse; agriculture, mining, food processing, woodworking, tourism and other industries are well developed here. But, undoubtedly, the "main" direction in the economy of Michigan is the automotive industry.

Just like in other states of the United States, in the territory of the modern state of Michigan, many centuries before the arrival of Europeans, the indigenous inhabitants of the North American continent, the Indians, lived here. 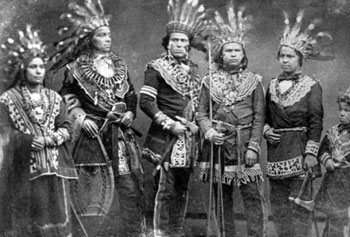 The Indian tribes of Ojibwe, Ottawa, Potawatomi (these three peoples formed an alliance known as the "Council of Three Lights"), Menominee, Wyandots (Hurons) and others lived on the Michigan peninsulas.

The first European explorer came to the lands of Michigan in 1620 (according to other sources in 1622). It was the Frenchman Etienne Brule, who explored the Great Lakes region and visited the Upper Peninsula of Michigan.

In 1800, the Michigan lands became part of the Indiana Territory, and in 1805 the Michigan Territory was created. During the Anglo-American War of 1812–15 Michigan was recaptured by the British, the United States retook Detroit in 1813 after winning the "Battle of Lake Erie".

In 1837 Michigan became the twenty-sixth state of the United States. Michigan has one national park, Isle Royale. The park is located on numerous (about four hundred) islands and is named after the largest of them (more than seventy kilometers long and up to fourteen wide). The archipelago of the park is located on Lake Superior, on the border of the United States and Canada.

The islands of Isle Royale are predominantly covered by mixed forests, which are home to numerous animals (including wolves and elks). On Royal Island, the remains of copper mines, both prehistoric and existing in the 19th century, have been preserved. In the coastal waters of the park, you can see several almost intact shipwrecks that have become victims of shipwrecks due to harsh weather conditions and difficult underwater terrain.

Isle Royale National Park was established in 1940. Royal Island can only be reached by water transport or seaplanes, therefore, despite a well-developed tourist infrastructure, this is one of the least visited national parks in the United States of America.

Song "My Michigan" (My Michigan, music by Clint O'Reilly, lyrics by Giles Cavanagh)

The largest ethnic (national) groups among the population of the state of Michigan:

Descendants of immigrants from Africa (African Americans) about 14%

French (or Canadians of French ancestry) about 7% It is obvious that immigrants from Europe predominate among the inhabitants of Michigan. In addition to the listed ethnic groups, we can mention a significant number of descendants of immigrants from the Scandinavian countries, primarily Finns living on the Upper Peninsula.

Michigan's economy is very diverse; agriculture, mining, food processing, woodworking, tourism and other industries are well developed here. But, undoubtedly, the "main" direction in the economy of Michigan is the automotive industry.

It is here, in the area of ​​​​the metropolis of the "world's automobile capital" Detroit, that the headquarters of the "big three" American car manufacturers are located: General Motors, Ford Motor Company and Chrysler. More than four thousand enterprises operate in the state, from very small to giant ones, one way or another connected with the automotive industry.

There are about 4,300 inland lakes on the Upper Peninsula, the area of ​​the largest of them, Lake Gojbik, is 54 km2. 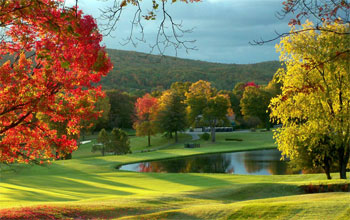 The rivers and lakes of Michigan's Upper Peninsula are rich in fish, including walleye, trout, salmon, and other species.

Title
Author
Date
Publisher
Description
Live updates: WHO warns omicron variant risk is 'very high'
The Associated Press
November 29, 2021
AP NEWS
GENEVA -- The World Health Organization says the global risk from the omicron variant of the coronavirus is "very high" based on early evidence, warning of the possibility of future surges with "severe consequences."
Community systems offer alternative paths for solar growth
By JOHN FLESHER
November 28, 2021
AP NEWS
MINNEAPOLIS (AP) -- Strolling his church's rooftop among 630 solar panels, Bishop Richard Howell Jr. acknowledged climate change isn't the most pressing concern for his predominantly Black congregation -- even though it disproportionately harms people of color and the poor.
Ohio, Michigan governors wager sweet treats on 'Big Game'
November 25, 2021
AP NEWS
COLUMBUS, Ohio (AP) -- Buckeye candies and Michigan-made cherry products are among the sweet treats up for grabs in a friendly wager between the governors of Ohio and Michigan, whose flagship universities face off in their historic rivalry Saturday.
Emails show officials sniping amid 2nd Michigan lead crisis
By JOHN FLESHER and DAVID EGGERT
November 8, 2021
AP NEWS
LANSING, Mich. (AP) -- After a Michigan official emailed the head of Benton Harbor's drinking water system in June 2019 about the impoverished city's failure to hit targets for treating corroded lead pipes, the local leader snapped back: "I have no time for this."
Bees, sheep, crops: Solar developers tout multiple benefits
By JOHN FLESHER and TAMMY WEBBER
November 4, 2021
AP NEWS
MONTICELLO, Minnesota (AP) -- Silflower was among native plants that blanketed the vast North American prairie until settlers developed farms and cities. Nowadays confined largely to roadsides and ditches, the long-stemmed cousin of the sunflower may be poised for a comeback, thanks to solar energy.
SHOW MORE