Mazda RX-8 is the successor to the legendary Mazda-RX 7.

Four-seat rear-wheel drive sports coupe, at first glance it seems that the car has only 2 doors, but if you open the front door, you will see a lever that opens the rear doors. 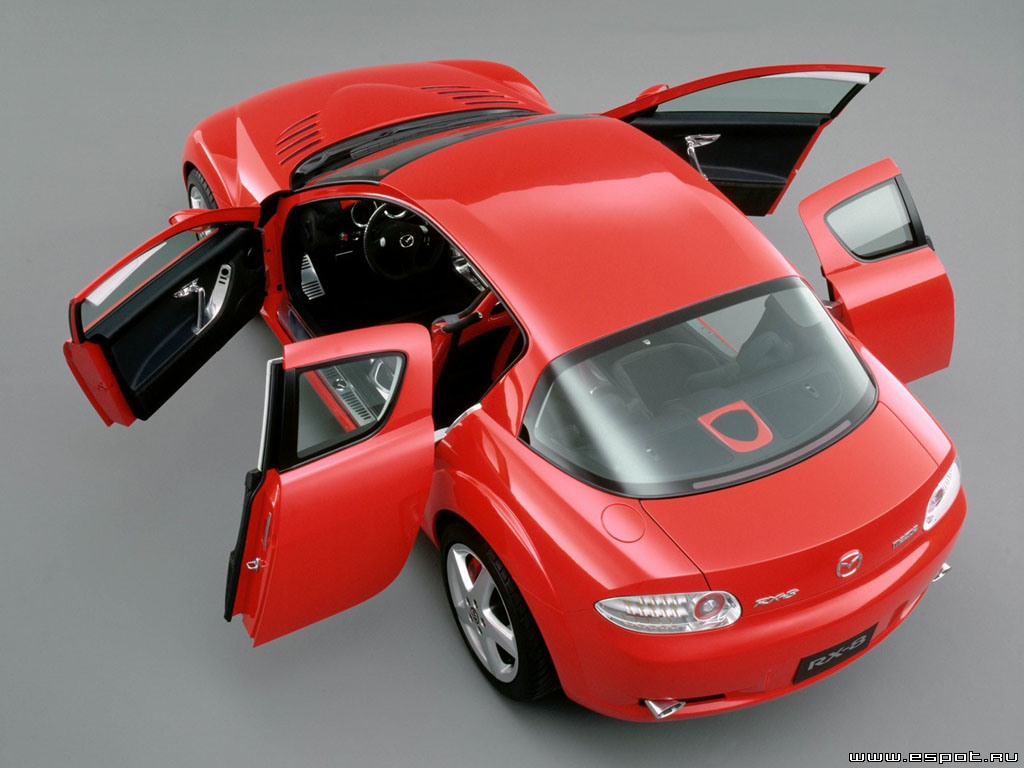 This car was first introduced in Detroit back in 2000, but had a different name (RX-Evol), and about a year later, a trial version of this car on a rotary engine was demonstrated in Tokyo.

Various trim levels were available at the launch of the Mazda RX-8:

The 2010 Mazda RX-8 received a redesigned front and rear bumper, new LED headlights, and 90mm tailpipes. Two additional oil injectors were added to the engine (in total, the engine was now equipped with 6 oil injectors), and the main pair 4.44 was replaced by 4.77. New to the Mazda lineup is the Activematic six-speed automatic transmission, replacing the four-speed in the Luxury version. Mazda RX-8 with Activematic gearbox will be equipped with a 1.3-liter engine with 215 hp. with., and the version with a manual box - the same unit with a capacity of 231 liters. with. and a torque of 216 Nm. 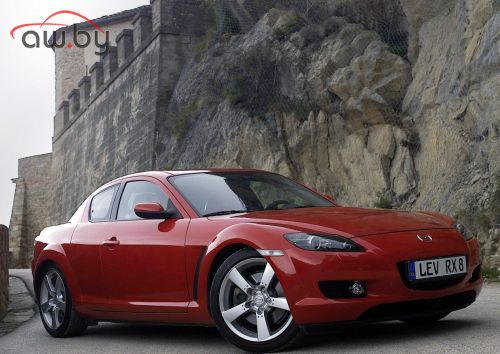 In addition, the company's engineers developed a new rear suspension geometry and increased the overall rigidity of the structure. This reduces the level of noise and vibration inside the cabin. Production was discontinued in 2012.

What can be said about these cars now, there are very few of these cars left with a native rotary engine, in most cases people take these cars from Japan and put other engines on them, which makes this car very powerful.

And if you find this car on a native rotary engine with an ideal body condition, then the price will be incredibly high.