Kevin Plank is the founder and former CEO and brand chief of Under Armour.

Kevin Plank is the founder and brand chief of Under Armour sportswear company. He also serves as Under Armour’s chairman of the board. Plank is a former football player who spent his childhood in Kensington, Maryland, a suburb of Washington, D.C., where his mother served as mayor and his father was a land developer.

Plank developed a passion for sports at an early age. He played football for several teams prior to graduating from high school and later played college ball for the University of Maryland where he was also the special-teams captain.

The History of Under Armour

Under Armour can trace its beginnings to Washington, D.C., where Plank was working out of his grandmother’s basement. His goal was to develop sportswear that would wick moisture away from the body because he was frustrated with the way that cotton t-shirts would become soaked with sweat when he played sports.He initially funded the company himself, from his personal savings and credit card debt.

Plank later sent some of the shirts he developed to professional football players he knew and asked them to pass out the shirts in locker rooms. The shirts began to gain popularity, and Plank had sold about 500 of them by the end of 1996, generating approximately $17,000 in revenue. He made his first sale to Georgia Tech for about $17000, and two dozen NFL teams followed.

In 1998, Plank moved Under Armour headquarters from him grandmother's basement in Georgetown to Baltimore, where the company has been ever since. In 1999, Kevin Plank’s company spent $25,000 on an ESPN Magazine ad, which generated about $1 million in direct sales. In that same year, the brand was featured in the movie "Any Given Sunday." Following that, entire teams began to purchase Under Armour clothing, and the company’s revenue soon topped $1 billion.

Plank stepped down from his position of Under Armour CEO in January 2020. 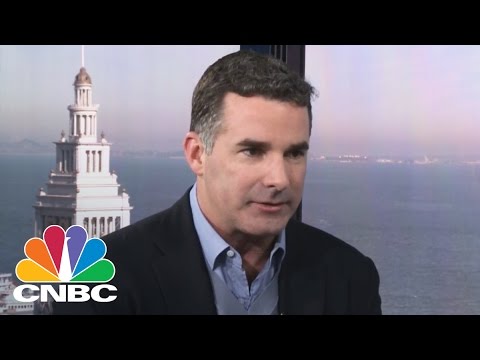 Under Armour CEO Kevin Plank: The Rise To The Top | Mad Money | CNBC

Service to Other Organizations

Kevin Plank serves on several boards in the US, including the Baltimore City Fire Foundation, the National Football Foundation, the Robert H. Smith School of Business at the University of Maryland and the Sporting Goods Manufacturers Association.

Mr. Plank donated $25 million to the University of Maryland in 2014 for a proposed academic and athletic complex. He has also made substantial donations to St. John's College High School and the Archdiocese of Baltimore.

Kevin Plank graduated with a bachelor's degree from the University of Maryland College Park in 1996.

Kevin Plank is the youngest of five brothers. He was born on August 13, 1972. Plank is married to Desiree Guerzon.

Kevin Plank is part of the BoF 500

Under Armour
CEO of

Under Armour
Owner of