More than 4,340,000 people live in Kentucky (the twenty-sixth most populous among US states). The average population density in the state is about 41 people per km2 (twenty-second place in the USA).

Before the advent of Europeans, the territory of modern Kentucky was rich hunting grounds for the Indians of the Shawnee, Cherokee, Iroquois and others. 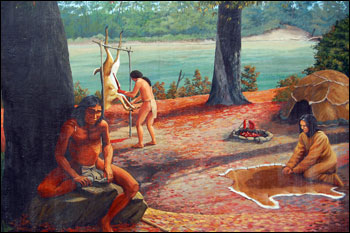 For the English colonists, mastering the east coast, the lands of Kentucky, located behind the Appalachian mountain ranges, were difficult to access and did not represent much interest for a long time. Obviously, the first European to visit Ketucky was the famous French explorer of North America, Rene de La Salle, who descended in 1681-1682 along the great Mississippi River from the Great Lakes to the Gulf of Mexico and declared the lands he had discovered the property of France.

In 1750, a detachment led by Thomas Walker explored the lands of Kentucky, this was the first expedition sent from Virginia beyond the Allegheny Mountains. It was Thomas Walker who gave the name to the Cumberland River, naming it in honor of the English military leader the Duke of Cumberland. Later, the name "Cumberland" also extended to the plateau and the Allegheny Pass discovered by Walker, which for a long time remained the only road to Kentucky. Now in the area of ​​​​the Cumberland Pass (and on the territory of three states - Virginia, Kentucky and Tennessee) is the US National Historical Park.

A very important role in the development of Kentucky was played by the famous American hunter and pioneer, the hero of numerous stories of US folklore, books and films, the legendary Daniel Boone. 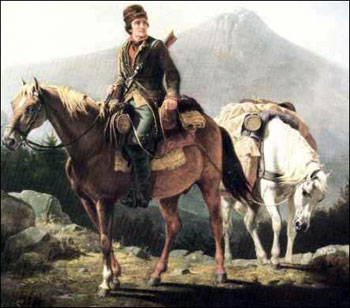 Boone first came to Kentucky in 1767, then returned here more than once. In 1769, he was captured by the Shawnee Indians, who did not recognize the right of Europeans to hunt on their lands. The Indians took all his booty from Boon and let him go, punishing him never to return. Nevertheless, Daniel Boone continued to hunt in Kentucky while exploring new territories.

In 1792, the desire for independence from Virginia was successful - the US Congress accepted Kentucky into the union as the fifteenth US state. Springfield is the Louisville home where the 12th President of the United States, Zachary Taylor, spent his childhood. Built around 1790.

Locust Grove is a homestead in Louisville visited by the famous pioneers Meriwether Lewis and William Clark, and also home to the hero of the American Revolution, George Clark. Built in 1790.

Home of renowned physician Ephraim McDowell in Danville. Built in 1795.

Liberty Hall is the home of prominent politician John Brown in Frankfort. Built in 1796.

Ashland is the estate of the famous politician and statesman Henry Clay in the city of Lexington. Built in 1811.

House in the city of Covington, where Daniel Beard, the founder of the Boy Scouts in the United States, spent his childhood. Built in 1821.

"Old Morrison" is one of the buildings of Transylvania University in Lexington (the first university west of the Appalachians). Built in 1834.

"Old Oscar Pepper's Distillery" in Versailles, built in the thirties of the XIX century.

The building of the Old Kentucky State Capitol in Frankfort. Built in 1837.

The building of the Kentucky School for the Deaf in Danville, built in 1857.

A neoclassical water tower in Louisville built in 1860.

A suspension bridge built between 1856 and 1866 across the Ohio River, designed by John Roebling, connecting the city of Covington with Cincinnati, Ohio. It is considered the prototype of the famous Brooklyn Bridge in New York.

Churchill Downs is a Louisville racetrack that hosts the annual Kentucky Derby. Built in 1875.

Lincoln Hall is one of the buildings of the college in the city of Bereya, famous for being the first institution of higher education in the US South, in which students of different racial backgrounds studied together. Built in 1887.

"Barks Distillery" in the village of Loretto, built in 1889.

River steamer Belle of Louisville ("Beauty of Louisville") - one of the few surviving steamers of this type. Built in 1914, moored in Louisville.

The childhood home of Whitney Young, a prominent civil rights activist, in Simpsonville. Built in 1921.

Wendover is the former headquarters of the Frontier Nursing Service, an organization founded by Mary Breckinridge that provided medical care to rural areas of eastern Kentucky and trained midwives. Built in the city of Heiden in 1925.

Symbols of the state of Kentucky More than 4,340,000 people live in Kentucky (the twenty-sixth most populous among US states). The average population density in the state is about 41 people per km2 (twenty-second place in the USA). 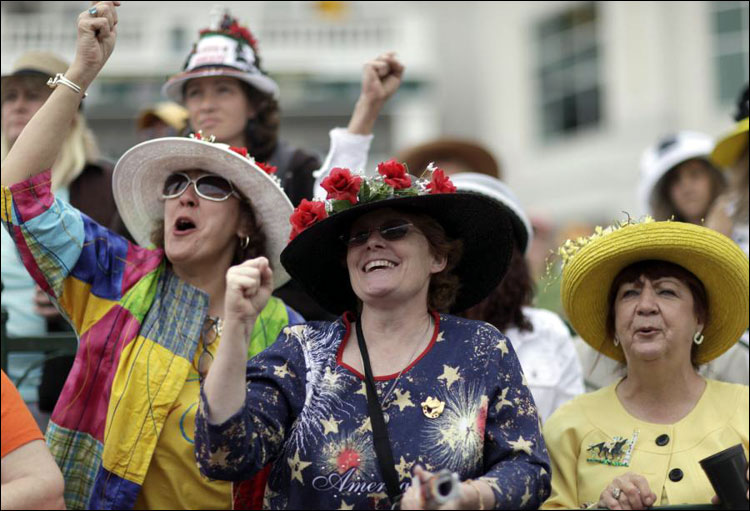 The largest ethnic (national) groups among the population of the state of Kentucky:

Descendants of immigrants from Africa - about 8%

Before the American Civil War, African Americans made up about a quarter of the population of Kentucky, and later a large number of blacks moved to the industrial cities of the Northeast and Midwest of the United States. Most African Americans in Kentucky now live in the Louisville area.

Agriculture in Kentucky is famous primarily for the production of high-quality tobacco (second in the United States after North Carolina) and for its thoroughbred horses. Due to the peculiarities of the soil, the Bluegrass region is perfect for horse breeding, it is here that the majority of horse breeding farms are concentrated. Important Kentucky crops are also corn (fourteenth in the US), soybeans, wheat, and various fruits.