Kansas is considered an agricultural state - the "State of Sunflowers and Wheat." In terms of agricultural land area of ​​all US states, Kansas is second only to Texas and Montana.

According to archaeological research on the territory of the modern state of Kansas, people live for about nine thousand years. For centuries, the main occupations of the Great Plains Indians have been hunting and farming, with corn as the main crop. 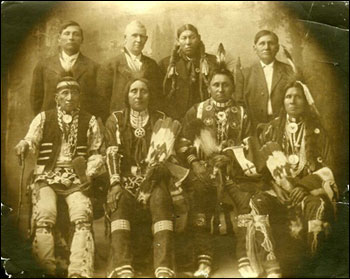 In 1541, the first European expedition came from Mexico to the lands of Kansas, led by the Spanish conquistador Francisco de Coronado. Explorers who went in search of the mythical "golden cities" through the territory of Arizona, New Mexico, Texas and Oklahoma met Wichita and Pawnee Indians in Kansas, and the Indians then saw horses for the first time. Later, the Indians began to buy horses from the Spaniards, which radically changed their way of life.

On January 29, 1861, Kansas became the thirty-fourth state of the United States. Some Notable Kansas Natives and Residents

John Brown (1800–1859) was a famous emancipator. Born in Connecticut, but later lived in Kansas.

James Butler "Wild Bill" Hickok (1837-1876) - soldier, scout, famous shooter. One of the most popular characters in the folklore of the Wild West of the United States. Born in Illinois, but later lived in Kansas.

Carrie Nation (1846–1911) was a prominent temperance activist. Born in Kentucky, but later lived in Kansas.

Susanna Salter (1860-1961) - political and public figure, the first woman elected mayor of the city in the United States. Born in Ohio, but later lived in Kansas.

William Allen White (1868-1944) - journalist, public figure, one of the leaders of the progressivism movement in the United States. Born in the city of Emporia.

Walter Chrysler (1875-1940) - entrepreneur, founder of a well-known automobile company. Born in the city of Wamego.

Clyde Cessna (1879-1954) - one of the pioneers of aviation, aircraft designer and entrepreneur, founder of a well-known aircraft company. Born in Iowa, but later lived in Kansas.

Walter Johnson (1887–1946) famous baseball player and coach. Born in the city of Humboldt.

Walter Beech (1891-1950) - one of the pioneers of aviation and the aircraft industry in the United States. Born in Tennessee, but later lived in Kansas.

Amelia Earhart (Amelia Earhart, 1897 - went missing in 1937, declared dead in 1939) - one of the pioneers of aviation, the first female pilot to fly alone across the Atlantic Ocean. Born in Atchison.

Gwendolyn Brooks (1917-2000) is a well-known poet, the first African-American woman to win the Pulitzer Prize. Born in Topeka. Kansas ranks eighth in the list of "oil" US states. Despite the fact that the cost of oil production is constantly growing due to the need to use more sophisticated technologies, the growth in prices for "black gold" will ensure high profitability of oil production. The state ranks fifth in the United States in terms of explored natural gas deposits and eighth in its production. In addition, the Kansas gas fields provide a significant portion of the world's helium production.

Traditionally, Kansas is considered an agricultural state - the "State of Sunflowers and Wheat." In terms of agricultural land area of ​​all US states, Kansas is second only to Texas and Montana. 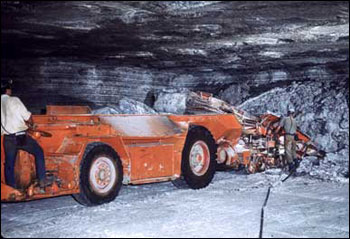 Kansas is part of the US grain belt, the state occupies one of the first places in America in the production of wheat and corn. In addition, oats, barley, sorghum, sunflowers, soybeans and other crops are grown in Kansas fields.