Application of knowledge to produce systems

In 1961, the Conference of Engineering Societies of Western Europe and the United States of America defined "professional engineer" :

A professional engineer is competent by virtue of his/her fundamental education according to the Washington accord and or Sydney accord and training to apply the scientific method and outlook to the analysis and solution of engineering problems. He/she is able to assume personal responsibility for the development and application of engineering science and knowledge, notably in research, design, construction, manufacturing, superintending, managing, and the education of the engineer. His/her work is predominantly intellectual and varied and not of a routine mental or physical character. It requires the exercise of original thought and judgment and the ability to supervise the technical and administrative work of others. His/her education will have been such as to make him/her capable of closely and continuously following progress in his/her branch of engineering science by consulting newly published works on a worldwide basis, assimilating such information, and applying it independently. He/she is thus placed in a position to make contributions to the development of engineering science or its applications. His/her education and training will have been such that he/she will have acquired a broad and general appreciation of the engineering sciences as well as thorough insight into the special features of his/her own branch. In due time he/she will be able to give authoritative technical advice and assume responsibility for the direction of important tasks in his/her branch. a professional Engineer is also a person who is registered in an Engineering Council as an Incorporated engineer or a Charted Engineer which is recognized by the Engineering Council UK or any other council formally recognized by the ECUK.

The objectives of engineering activities are the invention, development, creation, implementation, repair, maintenance and/or improvement of equipment, materials or processes.

Engineering is closely intertwined with science, relying on the postulates of fundamental science and the results of applied research. In this sense, it is a branch of scientific and technical activity.

The concept of engineering

A synonym of the term "engineering" is the word technique (from other Greek. τεννικ τ τννη - "art—, "skill", "skill"), denoting active creative activity aimed at transforming nature in order to meet a variety of vital human needs.

Not to be confused with the term "Technique (technical devices)" 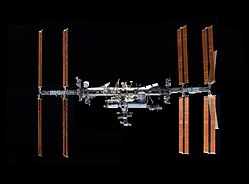 In his writings, Aristotle put into the term "technique" the meaning of the art of producing things; the ancient Greek philosopher saw the difference between technology and science in the fact that technology is aimed not at knowing the essence of things, but at creating them. The same point of view was held by the German philosopher I. Kant, citing as an example the difference between the art of the surveyor (practical activity) and geometry (theory). The Brockhaus and Efron Encyclopedic Dictionary (ed. 1907) defined technique as "any application of theoretical knowledge to practice."

During the Soviet period, the concept of technology expanded and, in addition to technical activities, also began to cover the range of sciences related to the study and creation of technical devices. In the USSR, the stable expression "achievements of science and technology" appeared in the Russian language, where engineering in general and applied scientific research in particular were meant by technology. This expanded understanding of technology as a scientific and technical activity emphasized the inextricable connection and interdependence of theory in the face of engineering sciences and practice in the face of engineering activity. The state management of applied research in the USSR was carried out by the Committee on Science and Technology, which, together with the Academy of Sciences of the USSR and other bodies.

At the turn of the XX-XXI centuries, the word "technique" as a term for engineering began to fall out of use in the Russian language in favor of the borrowed term "engineering" and the foreign "engineering".

In 1947, an authoritative American organization in the field of training, accreditation and regulation of the activities of engineering personnel, the Engineers' Council for Professional Development (ECPD), proposed the following definition of the term "engineering":

Creative application of scientific principles (a) to the design or development of structures, machines, equipment or processes of their manufacture, or to objects in which these devices or processes are used separately or comprehensively, or (b) to the design and operation of the above engineering devices in full accordance with the project, or (c) to predict the behavior of engineering devices in certain operating conditions — guided by considerations of ensuring their functionality, cost-effectiveness in use and safety for life and property.

The modern understanding of engineering implies the purposeful use of scientific knowledge in the creation and operation of engineering technical devices that are the result of the transformative activity of an engineer, and covers three types of engineering and technical activities:

technological (production) activity — organizational, consulting and other activities aimed at introducing engineering developments into the practical activities of economic entities with their subsequent support (technical support) and/or operation on behalf of the customer.

Engineers have responsibilities to the general public, their clients, their employers, and the engineering profession. To assist members and enlighten the general public, several engineering societies have adopted codes of practice and ethics. Each engineering specialty and professional association has an ethical code that members agree to follow. Engineers may also be bound by particular statutes, whistleblower laws, product liability regulations, and corporate ethics rules, depending on their expertise.

The iron ring, also known as the Engineer's Ring, is a ring made of iron or stainless steel that is worn on the little finger of the dominant hand by some graduates of engineering institutions in North America. The Ritual of the Calling of an Engineer, which began in 1925 in Canada, uses the ring as a symbol and reminder of the engineer's commitments to the engineering profession. Several institutions in the United States, notably members of the Order of the Engineer, started the practice in 1972.

Most engineering degrees include a focus in a particular engineering field, as well as classes in mathematics, physics, and biology. Courses in general engineering and applied accounting are common in many curricula. Most programs include a design course, which is typically supported by a computer or laboratory lesson, or both. Frequently, non-engineering general education courses, such as those in the social sciences or humanities, are also needed.

Accreditation is the process of an external entity evaluating engineering programs to see if they meet applicable requirements. The Washington Accord is an international accrediting agreement for academic engineering degrees that recognizes the significant equivalence of several major national engineering organisations' standards. The Accreditation Board for Engineering and Technology accredits engineering post-secondary degree programs in the United States.

What is engineering? Who is an engineer?