Famous As: First Lady of France

Who is Brigitte Macron?

Brigitte Macron is the wife of Emmanuel Macron, the current President of the French Republic. She is a former high school teacher. Her marriage to Macron is regarded as unconventional by many due to the fact that she is senior to her husband by 25 years. A professionally qualified teacher, she worked at the La Providence, a Jesuit high school in Amiens, for several years. She taught French and Latin, and also ran the theater club where she first met Emmanuel Macron who was a budding actor. She appreciated his talents and encouraged him to do this best. What started as a mentor-protégé relationship eventually developed into a romantic liaison despite their age difference and the fact that Brigitte was already married. Their relationship continued over the years and finally culminated in marriage after Trogneux divorced her first husband. Brigitte Macron has played a major role in her husband’s flourishing political career and acts as a guide and adviser to him on important matters. 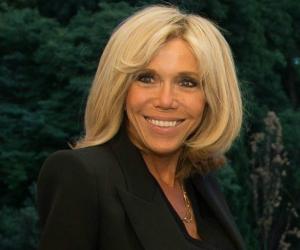 Brigitte chose teaching as her profession and over the course of her career, she taught French and Latin at La Providence, a Jesuit high school in Amiens. She also ran the theater club, and supervised the students’ literary pursuits.

At that time, her present husband, Emmanuel Macron, was a teenage student with a keen interest in dramatics. As a teacher, Brigitte encouraged this bright boy who was cast in a lead role in a school play ‘Jacques and his Master,’ by Czech writer Milan Kundera. The duo often met after class and had long discussions.

Eventually their relationship turned romantic, much to the chagrin of Macron’s parents who sent him away to another city for the completion of his high school education.

Who is Brigitte Macron? Everything You Need to Know

Who is Brigitte Macron? Everything You Need to Know