Bogdan Corporation (Ukrainian: Корпорація «Богдан» Korporatsiia Bohdan) — is a leading Ukrainian automobile-manufacturing group, including several car- and bus-makers of the country. Its most popular model is the Bogdan Isuzu-powered light bus made in Cherkasy.

Bogdan Corporation — is a leading Ukrainian automobile-manufacturing group, including several car- and bus-makers of the country. Its most popular model is the Bogdan Isuzu-powered light bus made in Cherkasy.

The production capacities of Bogdan corporation allow to make 120-150 thousand passenger cars, up to 9 thousand buses and trolleys in all classes, as well as about 15 thousand trucks and specialized vehicles. The plants of the company are located in Lutsk and Cherkasy.

Bogdan Corporation was created in 1992, after the fall of the Soviet Union, by the mergers of some former Soviet enterprises to implement big investment projects dedicated to creating strong and powerful manufacturing of different-type vehicles in Ukraine. Initially, the company was a distributor of various Russian-based vehicles, later selling vehicles by Korean manufacturer, Kia Motors.

In 1998, the company obtained the Cherkasy automobile repair factory that was specializing in repairing buses of the Russian-based Pavlovo Bus Factory and GAZelle.

In 1999, the factory was transformed into the "Cherkasy Autobus" that began manufacturing its own buses, Bogdan. That same year, the company signed another contract with Hyundai for distribution of their vehicles.

In 2000, the company bought the bankrupted Soviet LuAZ based in Lutsk (Volyn Oblast), and during the same period, started to produce its own cars based on the Russian AvtoVAZ. In 2003, the company's began exporting the buses.

In 2004, the company signed a general agreement with Isuzu to use the Isuzu brand on the company's exported buses. In 2005, the company Bogdan Motors became a corporation.

In 2013, Bogdan, in a joint venture with the Polish company Ursus, received an order for 38 trolleybuses for the Lublin, Poland, trolleybus system. The body-and-chassis shells were completed by Bogdan and shipped to an Ursus plant in Lublin, where Ursus would install the axles, electrical equipment, seats and other fittings to complete the vehicles. The first of the 38 Bogdan/Ursus trolleybuses, officially designated as model Ursus T70116, was delivered in mid-2013.

In 2014 the company developed the 'Bars' (panther) multifunctional light armored vehicle to be used by the National Guard of Ukraine.

In 2017 Cherkassy Bogdan Plant transferred to the Armed Forces of Ukraine the first batch of Bogdan-2251 ambulances based on the Chinese Great Wall chassis.

In December 2017, a Bogdan-6317 truck with a WeichalPower engine was allowed for operation in the Armed Forces of Ukraine.

In April 2018, “Bogdan” presented a new multi-purpose SUV “Bogdan 2351”. It should replace the obsolete UAZ. The new car has an engine capacity of 143-horsepower, a higher maximum speed and a carrying capacity of 1000 kg.

In 2018, “Bogdan Motors” agreed on cooperation with the Igor Sikorsky Kyiv Polytechnic Institute. Specialists of “Bohdan” and representatives of the educational institution will jointly develop new technologies and transport. The Science Park "Kyiv Polytechnic" also joined the Agreement. Students of KPI will be able to take industrial practice at “Bogdan Motors”.

In May 2018, “Bogdan” celebrated its 20th anniversary. On the occasion of the holiday, the company organized a large-scale all-Ukrainian action. Residents of the 9 largest cities of Ukraine - Kyiv, Vinnytsa, Khmelnytsky, Sumy, Odessa, Kremenchug, Poltava, Kherson, Ivano-Frankivsk - could ride all day in new “Bogdan” large buses and trolley buses free of charge. The campaign covered cities that began upgrading municipal fleet of vehicles and moving from small class buses to modern large and ultra-large transport models. In 20 years, “Bogdan” produced more than 368 thousand vehicles. 18 781 of them are buses and trolleybuses.

In June 2018, "Bogdan" transferred five 12-meter bodies for electric buses to the French manufacturer of ecological transport “Bluebus” under the contract. "Bogdan" shipped the bodies in the period specified by the contract. The French customer highly appreciated the quality of Ukrainian products and expressed interest in continuing cooperation.

In July 2018, Bogdan-Industry LLC, an official importer of GreatWall and HAVAL in Ukraine, opened the first HAVAL official auto show in Ukraine in Kyiv.

Bogdan Corporation presented an updated version of the "Bogdan 2251" ambulance. The new batch of vehicles received more than a dozen improvements.

In August 2018, “Bogdan Corporation” handed over the next batch of “Bogdan 6317” off-road trucks to the army. This year the company plans to transfer more than 200 units of such equipment.

“Bogdan Corporation” military equipment participated in the parade on the Independence Day of Ukraine on August 24. In particular, 7 commander SUVs “Bogdan 2351” and 4 sanitary cars “Bogdan 2251”. The technique drove a column on Khreshchatyk on the occasion of the 27th anniversary of the Independence of Ukraine. In addition, on the Sofia Square an armored multifunctional car of increased passage “Bars-8”, equipped with a 120-mm mobile mortar complex, was presented. 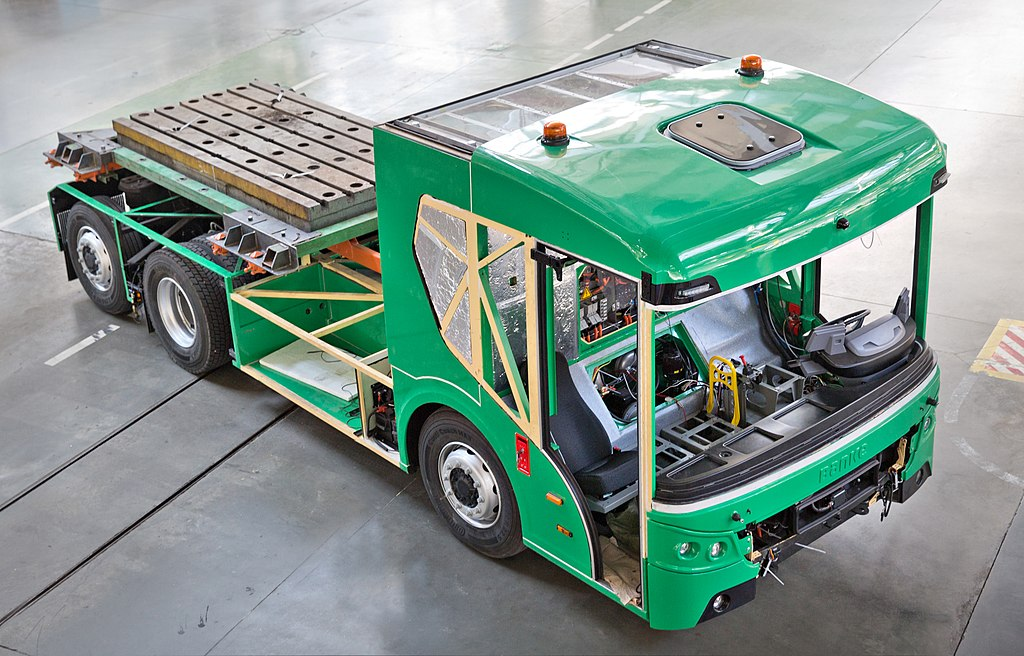 In September 2018, "Bogdan Corporation" sent over 100 units of automotive equipment to the Armed Forces of Ukraine under the state defense order. This batch included updated sanitary cars "Bogdan 2251" and trucks "Bogdan 6317". The model "Bogdan 2251" was finalized in cooperation with military doctors at the request of the Ministry of Defense of Ukraine.

In October, “Bogdan” transferred new school buses “Bogdan A22412” to students of Volyn Oblast as a part of the social program “School Bus”. Vehicles comply with the Euro 5 environmental standard and all the safety requirements for the transportation of pupils.

In November 2018, Bogdan Corporation has issued first electric truck ERCV27 for loading solid household waste under a contract with Denmark’s Banke Electromotive. Also this month "Bogdan" has pre-termed a contract with the Ministry of Defense on the manufacture and supply of sanitary cars Bogdan 2251 to the Armed Forces of Ukraine.

In December 2018 President Petro Poroshenko sent over under the state defense order. Automotive equipment was manufactured at the SE “Car assembly plant #2” in Cherkasy.

In January 2019, Bogdan Motors has won the auction of producing 55 low-floor trolleybuses "Bohdan T90117" for Kyiv. Also this month, the company signed new contracts with the Ministry of Defense for the supply of updated Bogdan 2251 sanitary cars and Bogdan 6317 trucks to the Armed Forces of Ukraine. Bogdan Motors signed a new agreement with the french company Bluebus for the production of electric buses bodies.

In February 2019, Bogdan Motors won in a tender of producing 57 trolleybus Т7011 with a 105-passenger capacity for Kharkiv.

In March 2019, Bogdan Motors won in a tender for producing 12-meter trolleybuses for Sumy. Also this month, the company produced the first 18-meter body[23] of an electric bus for the French company Bluebus.

The facilities of Bogdan Corporation allow to produce 120-150 thousands of cars, up to 9 000 buses and trolleybuses of all types, and around 15 thousands of cargo trucks and specialized equipment a year. Facilities are located in Lutsk and Cherkasy.