Beer is a fermented beverage made from grain, yeast, water, and hops.

Beer is an alcoholic beverage produced by fermenting cereal grains. Typically, the grain used is primarily barley, sometimes with additional ingredients such as wheat or corn. Through the application of water and heat, enzymes convert starches in the grain to fermentable sugars. Those sugars are consumed by yeast, yielding alcohol and carbon dioxide. Since at least the 10th century, hops have been added to beer because they help reduce the risk of unwanted bacteria during fermentation and provide additional flavor.

Beer can be divided into two general categories: ales and lagers. Ales are produced by top-fermenting yeast strains at approximately room temperature, while lagers are produced by bottom-fermenting yeast strains at cooler temperatures. Steam beers, which use lager yeasts at ale temperatures, straddle this divide. Each category can be further subdivided into numerous styles based on their ingredients, brewing process, and place of origin. These styles are based on many subjective qualities and evolve over time. The style guide published by the Beer Judge Certification Program provides a standard for each style's subjective aroma, appearance, flavor, and mouthfeel, as well as objective characteristics such as ingredients, alcohol content, color, bitterness, and specific gravity before and after fermentation.

Steps in the Brewing Process
Krausen 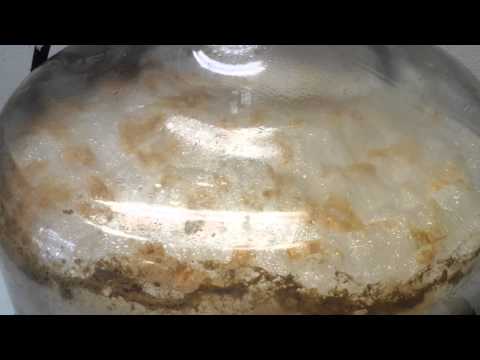 Brew Like a Monk: Trappist, Abbey and Strong Belgian Ales and How to Brew Them

For the Love of Hops: The Practical Guide to Aroma, Bitterness and the Culture of Hops

Title
Author
Date
Publisher
Description
Almost $ 480 Million Growth in Alcoholic Infused Sparkling Water Market 2021-2025 | Featuring Key Vendors Including Eel River Brewing Co. and M.I.A. Beer Co. among others | Technavio
Technavio
March 11, 2021
www.prnewswire.com:443
/PRNewswire/ -- Technvaio forecast the global alcoholic infused sparkling water market to grow by USD 479.85 million during 2021-2025. The market is expected...
Beer and pub leaders plead for reopening date after sales halve in 2020
BBC News
February 10, 2021
BBC News
The industry shows the government a "roadmap to recovery" as it waits for a reopening date.
Inside Michelob's pandemic marketing strategy that's boosted sales - Business Insider
Tanya Dua
December 30, 2020
Business Insider
In 2020, Michelob pivoted to give fans virtual access to NBA games and use celebrities for livestreams and virtual workouts.
Solitary bees are born with a functional internal clock--unlike honeybees
Science X staff
November 16, 2020
phys.org
Social insects like honeybees and hornets evolved from solitary bees and wasps, respectively. A common trait of many social insects is age-specific behavior: when they emerge from the pupa, workers typically specialize in around-the-clock tasks inside the darkness of the nest, starting with brood care. But they gradually shift towards more cyclic tasks away from center of the nest as they get older--culminating in foraging outside, exclusively in daylight, towards the end of their life. Here, researchers find evidence that this shift from around-the-clock to rhythmic tasks, which does not occur in solitary insects, seems to be driven by a slower maturation of the endogenous (i.e. internal) "circadian" clock of social honeybees compared to solitary bees.
Beer market may see acquisitions, entry of new players despite Covid: UBL
Press Trust of India
August 29, 2020
@bsindia
Besides, UBL, a market leader in the segment, also expects the export of beer to grow with support from the government
Beer company BrewDog starts making alcohol hand sanitiser GEL at its distillery in Scotland
By Ian Randall For Mailonline
March 18, 2020
Mail Online
Scotland's BrewDog joins a number of other brands - including perfume labels Christian Dior and Givenchy as well as Absolut - in turning their hands to making hand gel.
"Beers of Joy" Documentary Makes Worldwide Debut Inviting Viewers to Embark on A Journey into the Wonderful World of Beer
February 19, 2019
WebWire
Beer. It's what you reach for after a long day and how you celebrate with friends - and now, it's the focus of a new feature-length documentary - "Beers of Joy" -debuting worldwide on March 1, 2019. Written and Directed by David Swift and Scott Owen of One-Eleven Entertainment, the film examines the rich history, detailed science and unique personalities of the beer world, and encourages viewers to consider the stories behind their favorite pints. Beer lovers everywhere are invited to cele...
Global Glassware Market Outlook 2017-2018 & 2025
Research and Markets
Invalid Date
www.prnewswire.com:443
DUBLIN, Dec. 11, 2018 /PRNewswire/ -- The "Global Glassware Market Outlook 2025" report has been added to ResearchAndMarkets.com's offering. Global glassware...
Is a