Ayurveda (आयुर्वेदः from SKT. आयुस् "āyus" वेद and "veda" — "knowledge of life," "science of life" or "knowledge of life expectancy") - an alternative medicine system with historical roots in India. Is a pseudoscience. Ayurveda is considered an additional Veda (Upaveda) of the "Atharvaveda" and is based on the Hindu philosophical system of Sankhya. Ayurveda is widely practiced in India and Nepal, where about 80% of the population report using it 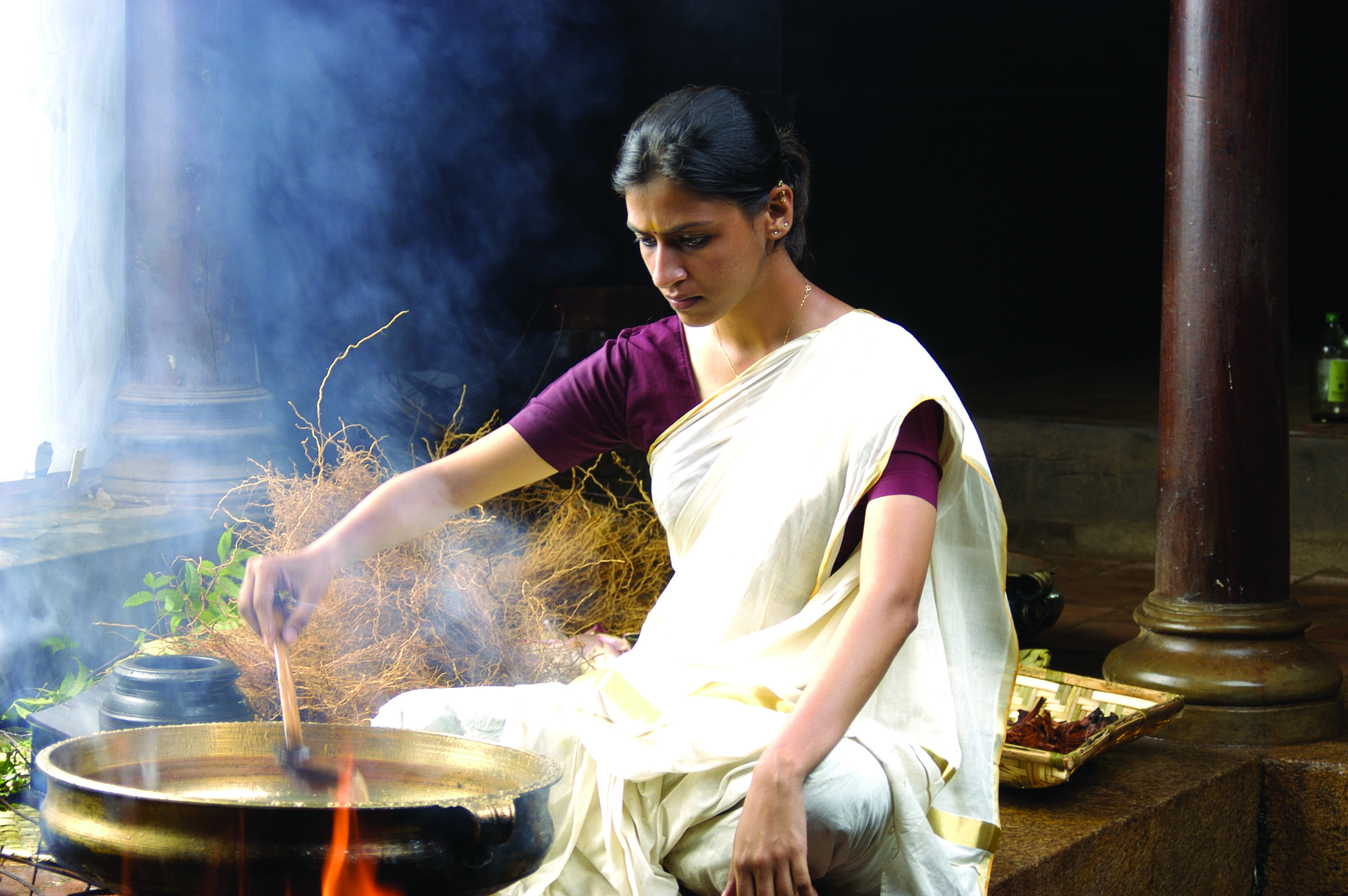 Ayurveda is a treasure trove of ancient knowledge that has been passed from teacher to student for many thousands of years. All the knowledge that exists in the modern world was originally described in the Vedic scriptures, of which Ayurveda is a part (it is also called "Upaveda— - "auxiliary Veda"). No one created it, it did not arise suddenly. According to legend, this science appeared simultaneously with the creation of the universe.

Ayurveda is translated from Sanskrit as "the science of a happy life", as well as "pure knowledge". However, it cannot be called a pure science, since Ayurveda contains philosophy and religion. This is the true teaching about health and harmony of body and spirit, which was revealed by the ancient sages, the Rishis, through religious practices and meditations. They learned the connection between man and the universe, and also realized that the source of everything is Cosmic Consciousness.

The main components of Ayurveda 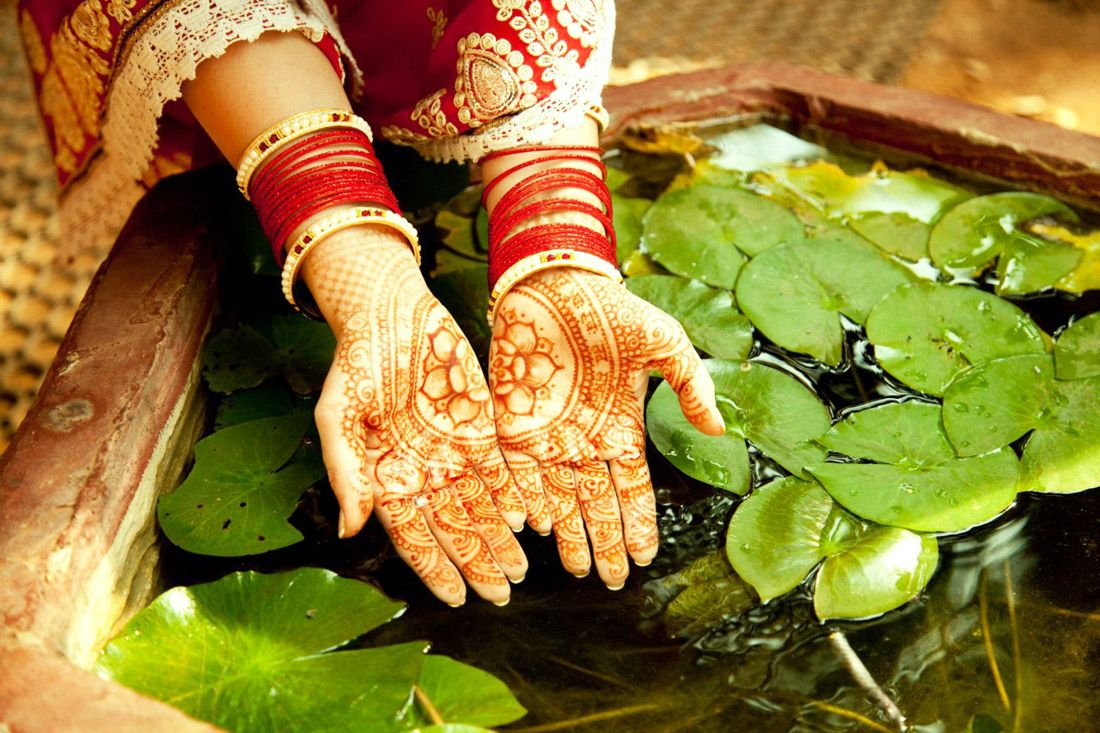 Sukham — health at the social level, when a person is satisfied with work, family, profession, place of residence;

Swastha is self-sufficiency, independence (a person is considered healthy in this area only when he can easily answer the questions "Who is he?" and "What is the purpose of life?").

Ayurvedic writings, which have survived to this day in full, include sections such as: 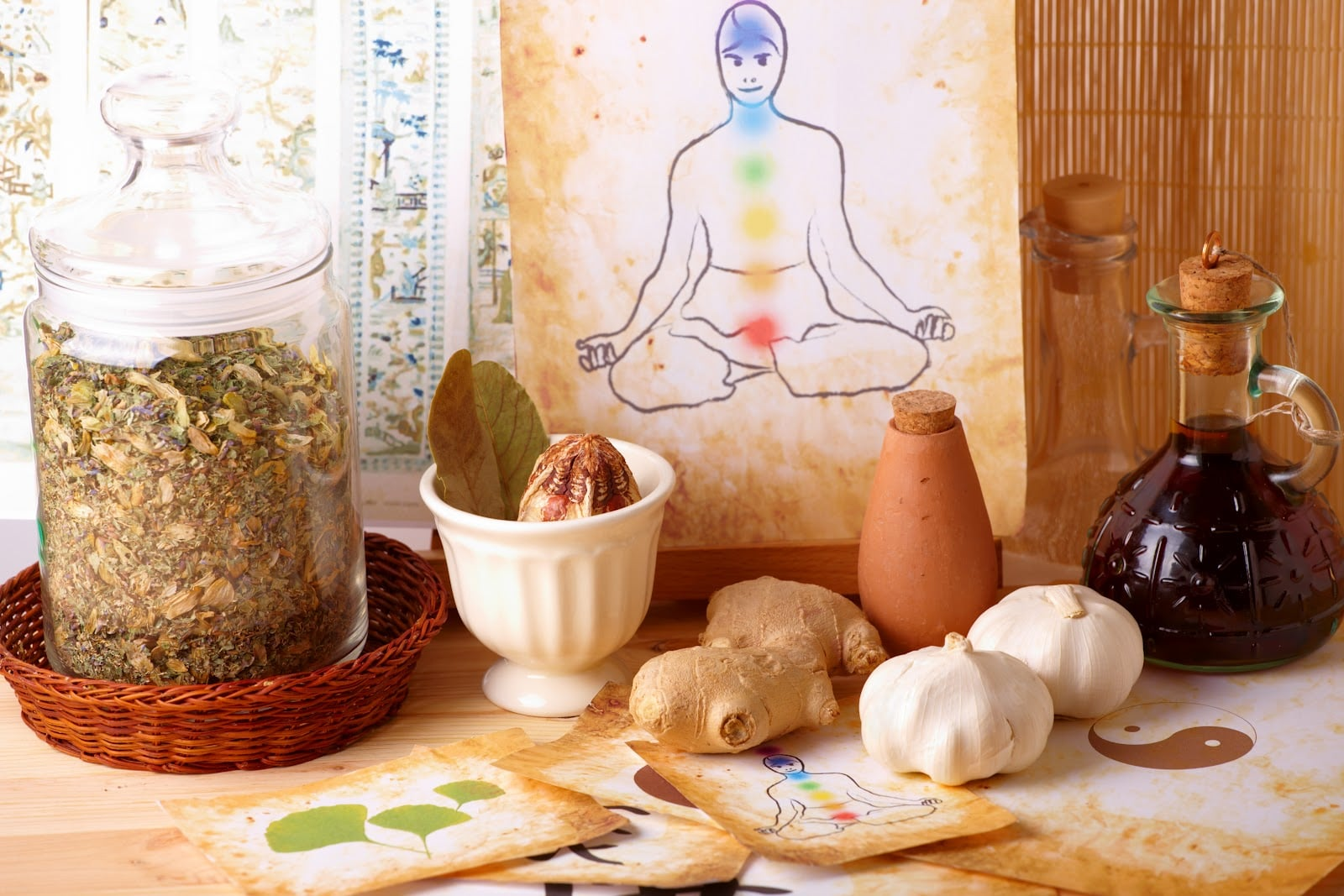 Also, the Ayurvedic ancient healing system contains a section on treatment with plants, minerals, colors, mantras, mudras, spells, meditations. Describes a section on the treatment of diseases that are associated with spirits. For example, drug addiction, alcoholism, insanity - these diseases are considered by Ayurveda as an attack of spirits on the subtle plane. She knows everything about the subtle body, its structure, describes channels, meridians, acupuncture points and energy centers. Ayurveda contains fundamental knowledge about astrology. With the help of this science, you can build a chronic map (jyotish), find out the purpose of a person, his predisposition to diseases, constitution and much more. Ayurveda sees human ailments as a wrong attitude to the world.

It is very important to understand the meaning of life, because many physical and mental illnesses arise due to a misinterpretation of their purpose. It is important to be able to manage your feelings, control emotions. It is necessary to know and respect certain laws of the universe, and only then will a person be able to exist harmoniously in this world. These are the laws that Ayurveda teaches us. It shows how everything really works, how the world and the universe as a whole works. It tells us that a person can choose for himself whether to suffer or be happy.

The Vedic treatises say that all ailments come from our consciousness and that the level of happiness determines the degree of human health. She calls on everyone to serve for the benefit of others, to be open to the world and wish everyone happiness. This is the only way to become a truly happy person.

Constitutional type of a person according to Ayurveda 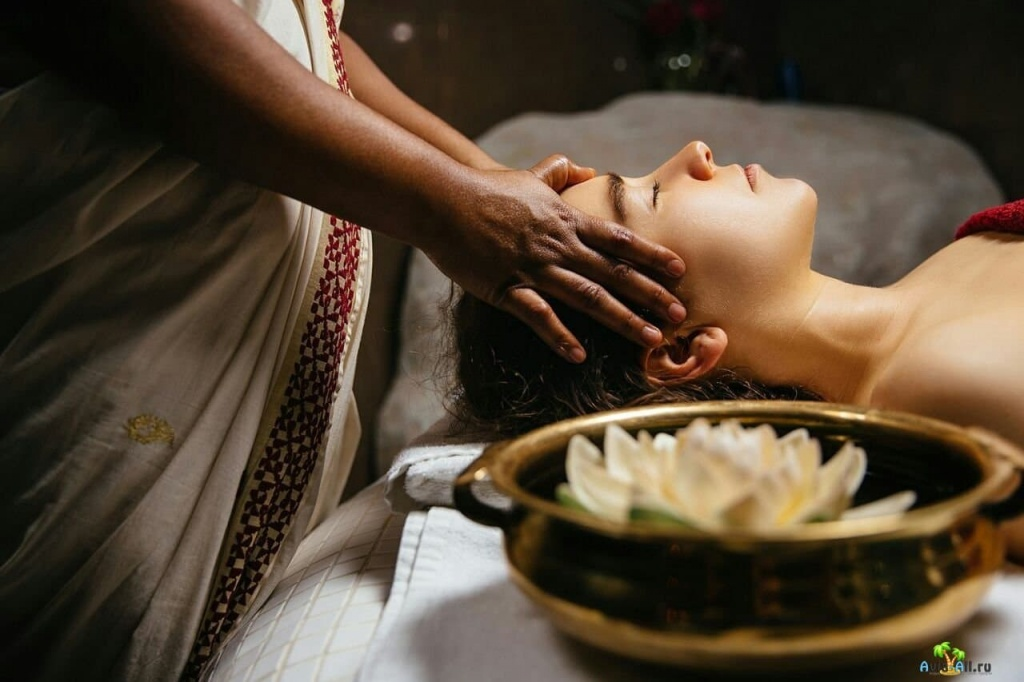 In the Vedic scriptures it is said that man consists of five elements (Maha Bhut): earth, fire, water, air and ether. There are three types of constitution ("dosha"): Vata - air, Pitta - fire, Kapha -water. Determining the predominant dosha is the basis of the entire healing process in Ayurveda. The whole treatment process is aimed at harmonizing the doshas and accumulating ojasa (vital energy).

The Ayurvedic doctor determines the type of constitution of the patient depending on his temperament, physique, thinking. A person is born with a certain constitution (Prakriti), then with age his state of doshas may change, and some one dosha begins to prevail. This state is called "Vikriti". However, Ayurveda in the process of treatment seeks to return the original state of the patient, as this is considered ideal for him.

A person can have seven variants of the constitution:

When one dosha prevails: Vata, Pitta or Kapha;

When all three doshas are balanced: Vata-Pitta-Kapha.

This state is called "The Dosha Itself" and is considered the best.

The subtle power of Ojas (oil) belongs to Vata, Tejas (fire) belongs to Pitta, and Prana (light and heat) belongs to Kapha. Perfect health in Ayurveda is considered when all souls and all three subtle forces (spiritual essences) are in harmony.

The mental constitution of man 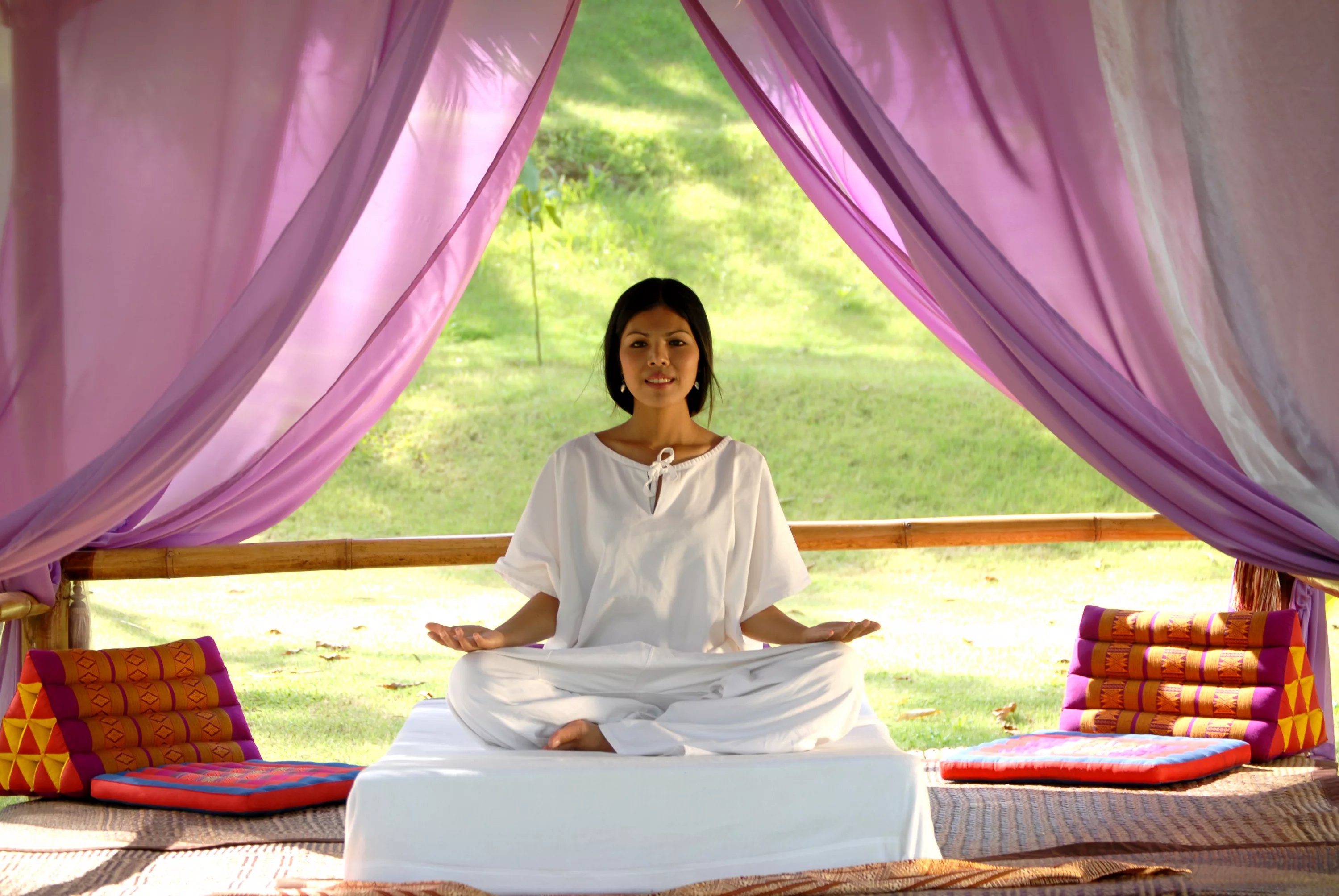 Ayurveda describes three qualities of human Nature, as well as all things, they are also gunas: Sattva - goodness, Rajas - passion, Tamas - ignorance. Every phenomenon in the universe has its own guna. All living beings, things, products - everything is under the influence of some kind of guna. These mental doshas determine the character of a person, the state of his consciousness. In different situations, a person may be under the influence of different gunas. Initially, the triad of gunas is a harmonious state that consists of purity (Sattva), movement (Rajas) and inertia (Tamas).

In Ayurveda, all metabolic processes are associated with Agni - biological fire. There are a total of thirteen Agni in the human body. Jatar-Agni (digestive fire) is considered the most important. He controls all the other Agni, as he supports the entire metabolic process. The digestive fire works differently for each dosha. In the process of treating any disease, Ayurvedic medicine pays great attention to the establishment of the digestive fire. This is a very important part of therapy, because when the digestive tract does not work properly, ama (toxins) begin to accumulate in the body, there is a failure on the physical, emotional and mental plane.

The Ayurvedic healing system differs from modern medicine in its holistic approach. It considers a person as a whole on all three levels: physical, emotional and mental. It does not treat the symptoms, but identifies and eradicates the very cause of the disease. It is suitable individually for everyone, because each person is a separate universe.

Title
Author
Date
Publisher
Description
Allopathy and Ayush doctors must have the same pay: Supreme Court | Delhi News - Times of India
August 3, 2021
The Times of India
The Supreme Court on Tuesday ruled that no government can discriminate between practitioners of allopathy and Ayurveda, Yoga & Naturopathy, Unani,
Weight loss: 5 Ayurvedic tips that may help you shed kilos
TIMESOFINDIA.COM
July 18, 2021
The Times of India
This is the reason why you need to follow an Ayurvedic diet. The wellness system originated in India around 5,000 years ago offers a holistic and healthy approach to shed kilos.
Dr PK Warrier, man who brought Ayurveda to masses, dies at 100
July 10, 2021
The Indian Express
Dr PK Warrier was the chief physician and managing trustee of the Kottakkal Arya Vaidya Sala, one of the leading Ayurvedic healthcare chains in the country.
Dr P K Warrier, doyen of Ayurveda medicine, passes away at 100
Press Trust of India
July 10, 2021
@bsindia
In hislifetime spanning a century, he treated tens of thousands of patients from across the globe and his patients included former presidents and former prime ministers of India and abroad.
Food for health: Here are some natural ways to control diabetes
July 8, 2021
EastMojo
The traditional diabetes healing methods as well as diabetic food and diet used by our forefathers are still effective, with no side effects.
SHOW MORE

Contents
The main components of Ayurveda
Ayurvedic writings, which have survived to this day in full, include sections such as:
Constitutional type of a person according to Ayurveda
The mental constitution of man
Agni - Digestive Fire and Ayurveda
Timeline
Further Resources
News
References