Alexander Lukashenko is the first and current president of Belarus since the establishment of the office on 20 July 1994, making him the longest serving and longest current serving European president. Before his political career, he worked as director of a state farm (sovkhoz), and served in the Soviet Border Troops and in the Soviet Army. 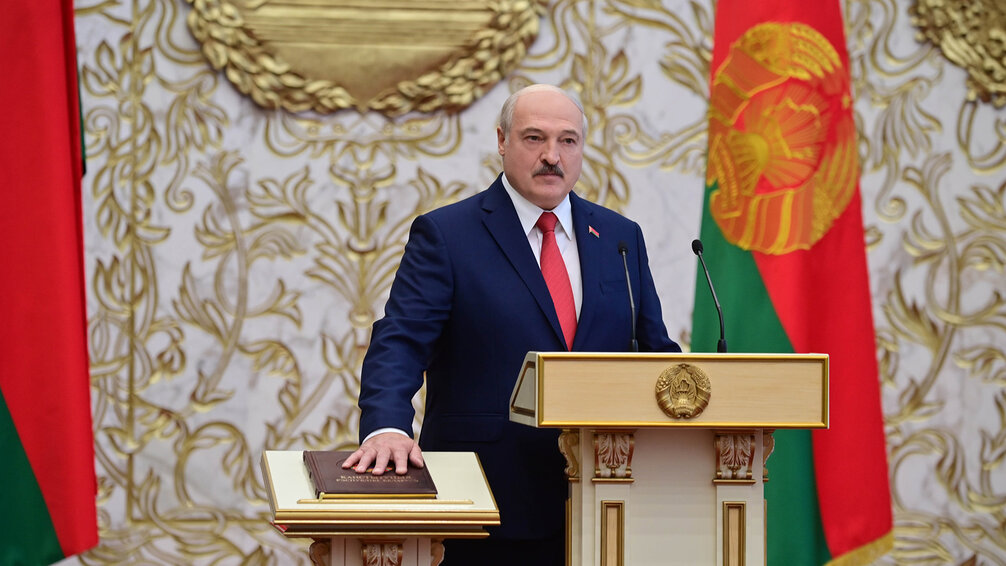 Born on August 30, 1954 in the town of Kopys, Orsha district, Vitebsk region. He studied at the Alexandria secondary school in the Shklovsky district. From childhood he was active, outside of school he was fond of sports and music, he was the main support for his mother, who raised her son alone.

Alexander Lukashenko has two higher educations. In 1975, the future President graduated from the Mogilev State Pedagogical Institute. A.A. Kuleshova with a diploma in history. In 1985 - the Belarusian Agricultural Academy, having received the specialty "economist".

In 1975, Alexander Lukashenko was drafted into the army, served in the border troops, was an instructor in the political department of the Western Border District (Brest). In 1980-1982 - service in the ranks of the Soviet Army as a deputy company commander for political work of a military unit.

For 13 years - from 1977 to 1990 - Alexander Lukashenko went through all the stages of the public managerial school. On the Komsomol line: secretary of the Komsomol committee of the food trade department of Mogilev, instructor of the Oktyabrsky district executive committee of Mogilev, executive secretary of the Knowledge society of Shklov. Experience "from the ground": Deputy Chairman of the collective farm "Udarnik" of the Shklovsky district, deputy director of the building materials plant in Shklov, secretary of the party committee of the collective farm named after V.I. Lenin. At the age of 33, Alexander Lukashenko headed the Gorodets state farm in the Shklovsky district (he led it from 1987 to 1994).

In 1990, Alexander Lukashenko was elected a People's Deputy of the Supreme Soviet of the BSSR. He headed the commission of the Supreme Council for the study of the activities of commercial structures created under state government. In June 1993, he headed the parliamentary commission to combat corruption.

On July 10, 1994, after a difficult struggle with five other candidates, Alexander Lukashenko was elected President of the Republic of Belarus. In the second round of voting, where the Chairman of the Council of Ministers V. Kebich became his rival, Alexander Lukashenko was supported by 80.3% of the citizens who took part in the voting. The first years of the Presidency were entirely devoted to fulfilling the main promise given to voters - "to bring the country back from the abyss."

September 9, 2001 Alexander Lukashenko was re-elected President of the Republic of Belarus. Already in the first round of voting, the incumbent President received 75.6% of the votes. The main priority of the second presidential term of Alexander Lukashenko was the strengthening of national statehood based on the accelerated socio-economic development of the country. As a result, Belarus was the first in the post-Soviet space to overcome economic devastation.

On March 19, 2006, elections of the President of the Republic of Belarus took place. Alexander Lukashenko was elected for a third term, having received the support of 83% of voters. For the next five years, active economic development was aimed at improving the quality of life of people and fighting bureaucracy. Belarus has fully formed as a developed social state.

A convincing victory - 79.6% of the vote - Alexander Lukashenko won on December 19, 2010 and was re-elected to the post of Head of the Belarusian state. During this period, large-scale modernization and technical re-equipment made it possible to successfully overcome the consequences of the global economic crises. The President initiated the Eurasian integration projects. Agreements on a ceasefire in Ukraine are concluded in Minsk. Belarus is gaining recognition as a donor of international security.

On October 11, 2015, he was re-elected President of the Republic of Belarus, having received the support of 83.5% of voters. Belarus is moving to a new technological stage: the digital economy and nuclear energy are developing, large-scale investment projects are being implemented in various fields. In difficult international conditions, Belarus defends its national interests, strengthens sovereignty and independence, and positions on integration platforms.

In the presidential elections on August 9, 80.1% of voters voted for Alexander Lukashenko. In Belarus, despite the challenges (including those under the influence of the coronavirus pandemic and the global economic crisis), the economy is stable and its social orientation is maintained. The process of important social and political transformations has been launched. In foreign policy, the country remains open to constructive and mutually beneficial cooperation with all partners without exception, while remaining committed to existing allied relations.

Title
Author
Date
Publisher
Description
Hackers are trying to topple Belarus's dictator, with help from the inside
Patrick Howell O'Neill
August 26, 2021
MIT Technology Review
Opposition from inside the regime of Alexander Lukashenko is helping hackers run what may be the most comprehensive cyberattack on a nation ever.
How sports became a 'battleground for reprisals' in Belarus
Mansur Mirovalev
August 9, 2021
news.google.com
Olympic athlete Tsimanouskaya joined a group of defecting Belarusian sportspeople when she spurned her homeland.
Belarusian Olympic Athlete On Her Decision To Defect, Fears, Politics And More...
August 5, 2021
NDTV.com
Olympic sprinter Krystsina Tsimanouskaya decided to defect as she was being driven to a Tokyo airport because her grandmother told her that it was not safe to return home to Belarus.
India considering phased roll out of central bank digital currency - TechCrunch
Mike Butcher
July 22, 2021
Editor 99
According to top executives, the central bank of India is considering launching a digital currency and has only made clear its intentions after stating that it has previously studied the idea. TRabi Sankar, Deputy Governor of the Reserve Bank of India, said at today's meeting that the central bank will introduce national digital currencies in [...]
VOCHI raises additional $2.4 million for its computer vision-powered video editing app
Sarah Perez
July 22, 2021
TechCrunch
VOCHI, a Belarus-based startup behind a clever computer vision-based video editing app used by online creators, has raised an additional $2.4 million in a "late-seed" round that follows the company's initial $1.5 million round led by Ukraine-based Genesis Investments last year. The new funds follow a period of significant growth for the mobile tool, which [...]
SHOW MORE
president.gov.by
president.gov.by/ru/president/biography
Is a