Zinedine Zidane was born on June 23, 1972, in Marseille, France. A three-time FIFA World Player of the Year, Zidane led France to victory in the 1998 World Cup and starred for clubs in France, Italy and Spain. His career ended in shocking fashion when he was expelled from the 2006 World Cup final for headbutting an opponent, though he remains regarded as one of the sport's all-time greats. Zidane took over as manager of Real Madrid in 2016, and went on to win three consecutive Champions League titles with the club.
Childhood

Zinedine Yazid Zidane was born on June 23, 1972, in Marseille, France. The son of Algerian immigrants, Zidane learned to play soccer in the streets of La Castellane, a rough section of Marseille. After starring for local youth clubs, 14-year-old Zidane was discovered at a French Football Federation training camp by AS Cannes recruiter Jean Varraud, and spent the next three years honing his skills in Cannes' youth division.

Zidane made his first professional appearance for Cannes at 17, scoring a goal in his debut. He transferred to Bordeaux in 1992, and in ensuing years the attacking midfielder earned renown for his sterling all-around play. Prone to the occasional flash of temper, Zidane otherwise was the embodiment of control with the ball at his feet, seemingly knowing when to maneuver through the defense, find a teammate with a pinpoint pass or rocket a shot at the goal.

Zidane transferred to Juventus F.C. in Italy's prestigious Series A League in 1996. The move brought a marked increase in visibility and expectations, but Zidane proved he was up to the challenge by steering Juventus to an Italian Super Cup, a UEFA Super Cup, an Intercontinental Cup and a pair of Series A titles over the next two seasons.At his peak when France hosted the 1998 World Cup, Zidane spearheaded Les Bleus' march through the tournament with his crisp passing and dribbling, and then scored twice as France shut down Brazil in the final, 3-0, to become a national hero. Two years later, Zidane again was the linchpin of the French team's run to international glory, which culminated with a 2-1 win over Italy for the European Championship.In 2001, Zidane signed with Spanish club Real Madrid for a world-record transfer fee of more than $66 million. The investment paid immediate dividends, as the French import helped Real Madrid win the coveted UEFA Champions League title in his first year and La Liga the following season.

Zidane had indicated he would retire after the 2006 World Cup in Germany, and it appeared his career was heading for a storybook finish when France advanced to the final against Italy. Instead, it ended in shocking fashion when, enraged by opponent Marco Materazzi's comments to him in extra time, he slammed his head into the Italian player's chest. Zidane was thrown out of the game, and France subsequently lost on penalty kicks.

Zidane joined Real Madrid's front office as an adviser and was named the club's sporting director in 2011. The following year, it was announced the French soccer legend would begin coaching at Real Madrid's youth academy, and in 2014 he was named coach of the club's B team.In January 2016, Zidane took over as manager of Real Madrid's first team. While some doubted how he would fare in front of a demanding owner and fan base, the icon soon silenced the critics with his overwhelming success, becoming the first manager to win two and then three consecutive Champions League titles. He also led Real Madrid to two UEFA Super Cups, two FIFA World Club Cups, one Spanish title and one Spanish Super Cup, before announcing he was stepping down in May 2018.However, Zidane was gone from the post for less than a year, as he returned to manage Real Madrid in March 2019.

In 2004, Zidane was named best European soccer player of the past 50 years by the UEFA Golden Jubilee Poll and was included in the FIFA 100, Pelé's list of the 125 greatest living players. He remains one of a handful of greats to win the FIFA World Player of the Year/Ballon d'Or award three times. 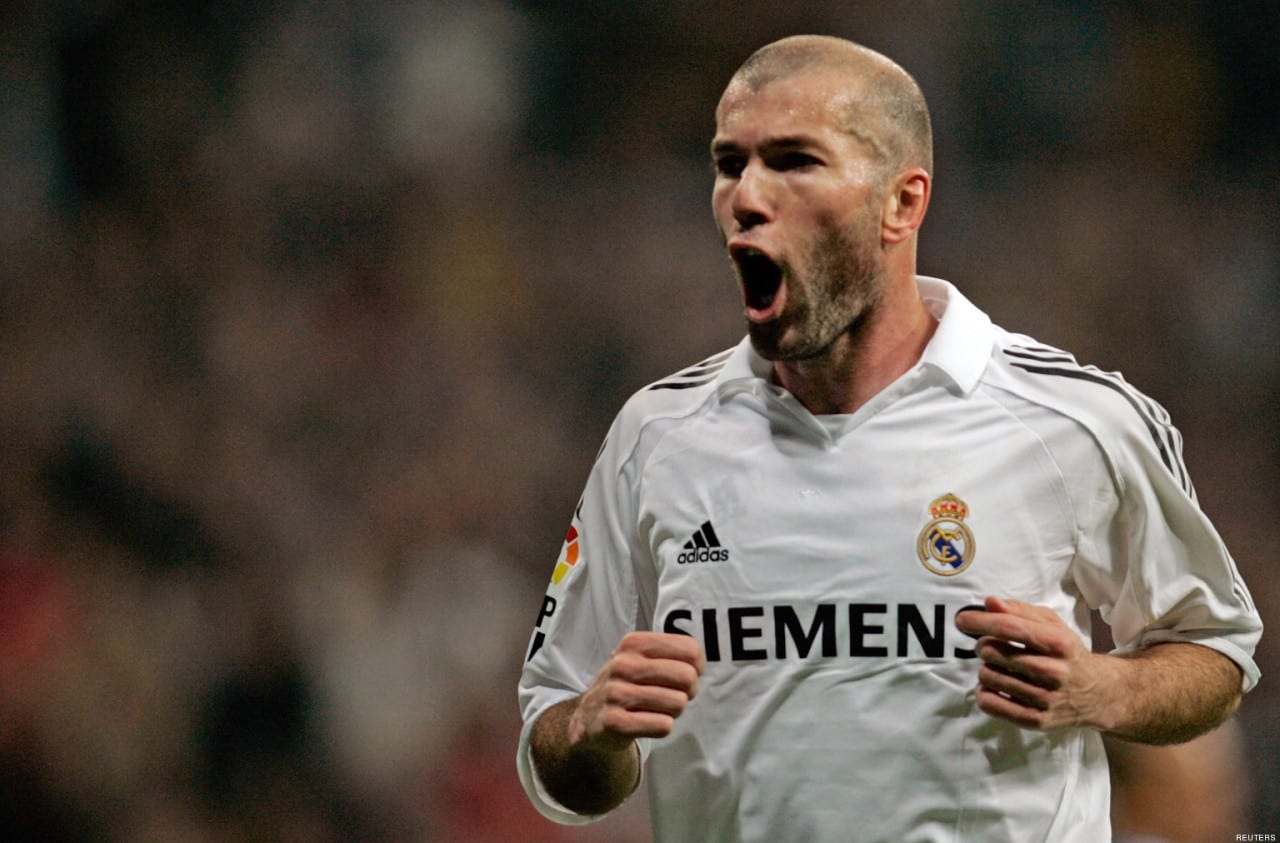 No One Has Matched Zidane's Elegance So Far

Title
Author
Date
Publisher
Description
Real Madrid: Ranking the three candidates to replace Zinedine Zidane
Kevin Parvizi
May 16, 2021
The Real Champs
Real Madrid manager Zinedine Zidane will reportedly step down at the end of the season. So who could replace him in 2021-2022?
Zinedine Zidane omits Marcelo from squad after argument about tactics
Kevin Parvizi
May 12, 2021
The Real Champs
Real Madrid left back Marcelo is not in the squad for Thursday night's match at Los Carmenes. Zinedine Zidane has left him out after an argument.
Three answers and three questions from the win over Valencia
Euan McTear
June 18, 2020
Managing Madrid
There were many talking points, from Eden Hazard to Marco Asensio to the four-man midfield.
Zidane reviews Real Madrid's first week of training
Lucas Navarrete
May 20, 2020
Managing Madrid
The coach talked to Real Madrid TV.
Transfer news and rumours LIVE: Zidane wants Real Madrid to sign Pogba this summer | Goal.com
April 24, 2020
news.google.com
Goal takes a look at the biggest transfer news and rumours from the Premier League, La Liga, Serie A and around the world
SHOW MORE

Contents
Zinedine Zidane was born on June 23, 1972, in Marseille, France. A three-time FIFA World Player of the Year, Zidane led France to victory in the 1998 World Cup and starred for clubs in France, Italy and Spain. His career ended in shocking fashion when he was expelled from the 2006 World Cup final for headbutting an opponent, though he remains regarded as one of the sport's all-time greats. Zidane took over as manager of Real Madrid in 2016, and went on to win three consecutive Champions League titles with the club.
Childhood
Professional Career
Real Madrid Front Office and Manager
Legacy
Timeline
Patents
Table: Further Resources
News
References