There lived Ukrainians , Poles , Jews , Khrystyna DuTkevych, Denys Melnyk and the little Gypsy and other nationalities. Now - mostly only Ukrainians.Zboriv (before 1241 - Verkhostav ) is a city in the west of Ternopil region , a railway station (in the village of Mlynivtsi , 3 km from the city), a significant historical and cultural center. The total area of ​​the city is 781.32 hectares, the population is 6.7 thousand inhabitants (2017). Distance to Ternopil - 35 km. The city is also known for its active youth.

The collection is located on the Volyn-Podilska Upland , between the banks of the Main and Mala Strypa , forming two ponds (one of them has existed since the 17th century). From the south-east there are suburbs - Viitovshchyna, 3agrebellya, Kokhanivka, Kuklyntsi.

A Late Paleolithic site was discovered on the outskirts of the city.

The first written mention of the settlement dates back to the 15th century, although the current name was not used then. According to legend, in the days of the Galician-Volyn state on the site of Zborov was founded in 1166 settlement ("hail") Verkhostav. According to one version, the town was founded by Zborivski nobles from Wielkopolska, according to another - the owners of the town of the same name in Lviv land. In 1241 Verkhostav was destroyed by the Mongol-Tatars.

The name of the Assembly has been known since 1445; comes, according to one version, from the words "collection - collection-collection" - a place where residents rescued after enemy attacks gathered; on the other hand, from the word "fence" meaning "fence", "fortification" - camp, mound. Zboriv received the status of a town in the 16th century, when there was a small castle. Historical documents of 1601 mention the mayor's government in the city, so it had the Magdeburg right. From 1642 the Assembly was owned by the Sobieskis, in 1740 by the Radziwills, and in 1760 by the Bielskis.

In August 1649, the Battle of Zboriv of the Ukrainian Cossack army led by Bohdan Khmelnytsky and his allies led by Khan Islam-Girey III with the Polish army led by King Jan II Casimir took place near the city . 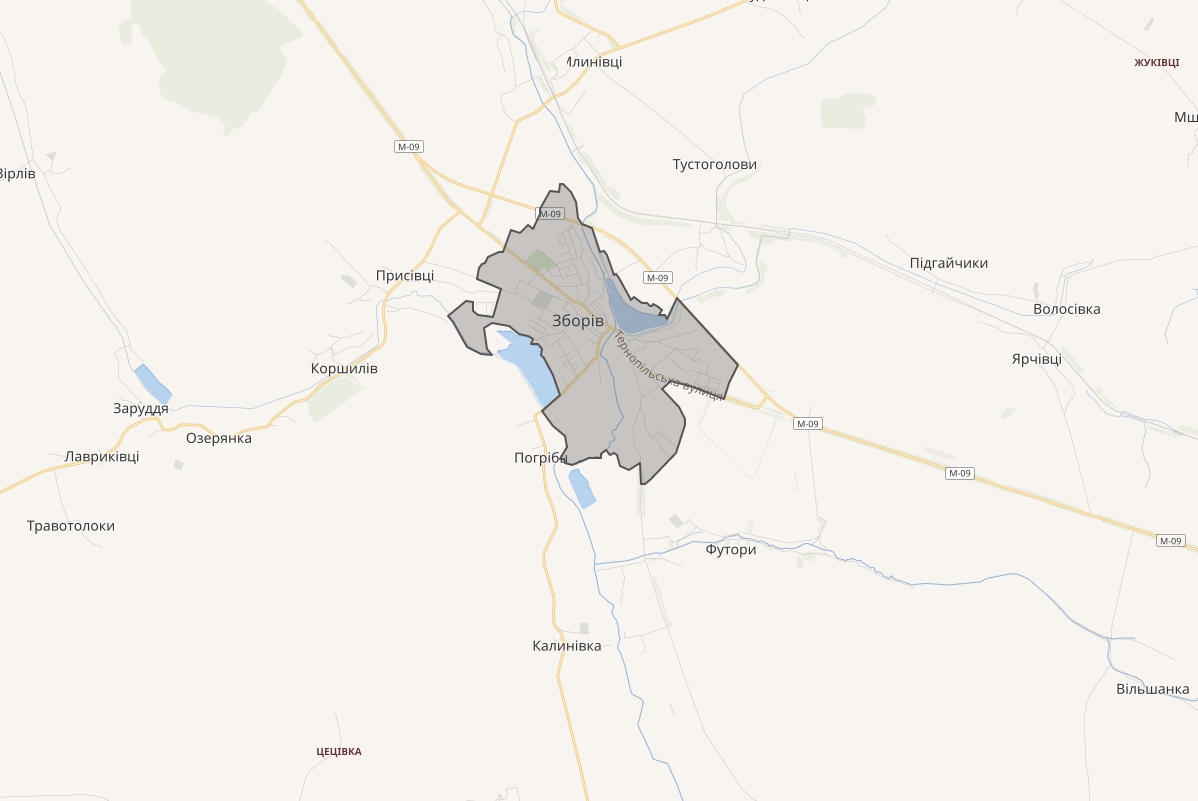 There lived Ukrainians , Poles , Jews , Khrystyna DuTkevych, Denys Melnyk and the little Gypsy and other nationalities. Now - mostly only Ukrainians.

A Late Paleolithic site was discovered on the outskirts of 3borov. The historical predecessor of the town of Zborov was the settlement of Verkhostav , founded in 1166 on the banks of the river Strypa . In 1241 it was destroyed by the Mongol-Tatars.

The first written mention of the suburbs dates back to the 15th century. . The town was founded by Zborowski nobles from Wielkopolska , naming it after their ancestral settlement "Zborowa". [5] According to one version, the city was built on the "ground" of the village Kuklyntsi. [6] According to others, the city was founded by the owners of the town of the same name in Lviv region . From the XVI century. in 3borov was a small castle. Historical documents of 1601 mention the government of the mayor in the city, so it had the Magdeburg right .

After Zborowski, the owners of the city were Sobieski ; in particular, from the beginning of the 17th century [6] (with other data from 1642 ) 3borov was owned by the father of King Jan III of Poland Jakub Sobieski , who in 1627 founded the parish of the RCC here . During the possession of the city of Sobieski, it was in the first half of the 17th century. often suffered from Tatar attacks. the last owner of the city of this family was King Jakub Ludwik Sobieski . [5] From 1740 the Radziwills became the owners , from 1760 - Bielski , in particular, Antonin Bielski. [5]

In August 1649 , a battle was fought near Zboriv by the Ukrainian Cossack army led by Bohdan Khmelnytsky and his allies under the leadership of Khan Islam-Gire III with the Polish army, led by King Jan II Casimir (see Battle of Zboriv ).

In 1667 the city was attacked by Turks, Tatars, Cossacks Petro Doroshenko, Zboriv was completely destroyed. [5]

Before the First World War, the city's heir was Count Karol Borkowski. [5] During World War I , significant battles for the city continued in 1915 , 1916 and 1917 , so it was completely destroyed (4 houses survived).

Sofia Bashchutska-Samitsiv is a participant in the national liberation struggle.

Pavlo Bzovytsky is a public figure.

Ruslan Bilyk is an architect.

Metropolitan of Kyiv, Halych and All Little Russia Raphael Zaborovsky .

Andriy Sibiga is a diplomat.

Sofia Skladan is a well-known member of the liberation movement, an OUN liaison , who died at the hands of the NKVD in 1945.