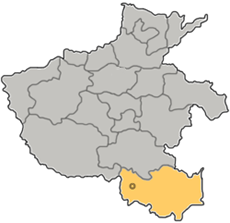 Xinyang (simplified Chinese: 信阳; traditional Chinese: 信陽; pinyin: Xìnyáng; postal: Sinyang) is a prefecture-level city in southeastern Henan province, People's Republic of China, the southernmost administrative division in the province. Its total population was 6,234,401 according to the 2020 census. As of the 2010 census, 1,230,042 of them lived in the built-up (or metro)

area made of two urban districts, Pingqiao and Shihe.

The prefecture-level city of Xinyang has a total land area of 18,819 square kilometres (7,266 sq mi). The city is located in the southernmost part of Henan Province on the south bank of the Huai River and in the middle of the Dabie Mountains area. It borders the cities Zhumadian to the north and Nanyang to the northwest, and the provinces of Anhui and Hubei to the east and south respectively. The region where Xinyang is located is considered a subtropical area and the Dabie mountainous terrain is mainly to the north, south, and east of the city.

Xinyang has a monsoon-influenced, four-season humid subtropical climate (Köppen Cfa), with cold, damp winters, and hot, humid summers. The months of April through June here are slightly cooler than much of the rest of the province. The monthly 24-hour average temperature ranges from 2.4 °C (36.3 °F) in January to 27.3 °C (81.1 °F) in July; the annual mean is 15.54 °C (60.0 °F). The annual precipitation is just above 1,100 millimetres (43 in), and close to two-thirds of it occurs from May to September. With monthly percent possible sunshine ranging from 38% in March to 47% in four months, the city receives 1,974 hours of bright sunshine annually; January through March are the cloudiest months.

The Xinyang City is divided into two districts and eight counties.

Xinyang Tea Culture Festival is held during April, 28th and 30th every year. The 25,000-capacity Xinyang Stadium, which has a capacity of 25,000, is located in the city. It is used mostly for association football and sometimes for athletics. 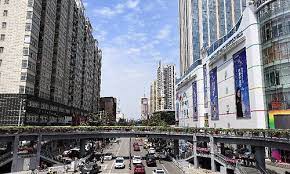 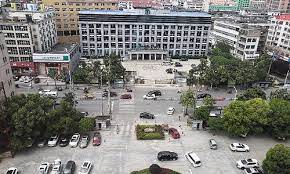 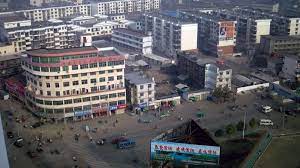 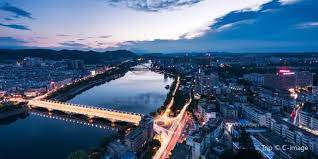 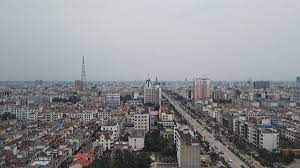