Vadim Zeland (born in the USSR) is a Russian esoteric writer, author of a series of books about transurfing reality and live nutrition.

"Transurfing reality" is a teaching on reality management.

His first work "Transurfing reality" became a true bestseller, which has been translated into 20 languages of the world.

Vadim Zeland is considered not only the most popular author of Russian esotericism, but also one of the most mysterious personalities. The creator of the bestseller "Transurfing Reality" keeps facts from his personal life under seven locks, almost does not attend social events and wears dark glasses that hide his eyes as much as possible.

The reader is interested in both the esoteric works of the author and the aura of mystery around his person. Zeland's books have been on the best-selling list for several years, for many they have become an excellent life motivator and guide to action.

The author places a special emphasis in his books on awareness, the activated state of the "caretaker".

All available information about Vadim Zeland is not confirmed by anything: one or another fact of his biography can be judged from his few interviews. The author of the world bestseller "Transurfing Reality" lives in seclusion and hides his eyes behind dark glasses in order to remain unrecognized in the crowd.

From the book "The Arbiter of Reality" you can find out that before the collapse of the USSR, the writer studied quantum physics and was fond of creating computer games. By nationality, Zeland is Russian, but there were Estonians among his ancestors.

Reality transurfing is a unique technology for achieving goals and managing events developed by Russian scientist Vadim Zeland. The essence of the technology is described in the eponymous series of books that have gone through many editions since 2004.

In the years when Vadim was not yet engaged in literary activity, his life was very ordinary. He does not hesitate to say that in his student years he was not the most exemplary young man - he often drank, smoked and even used drugs. Then he could not imagine that in the future he would lead a healthy lifestyle and learn to manage himself with the help of a "Caretaker". 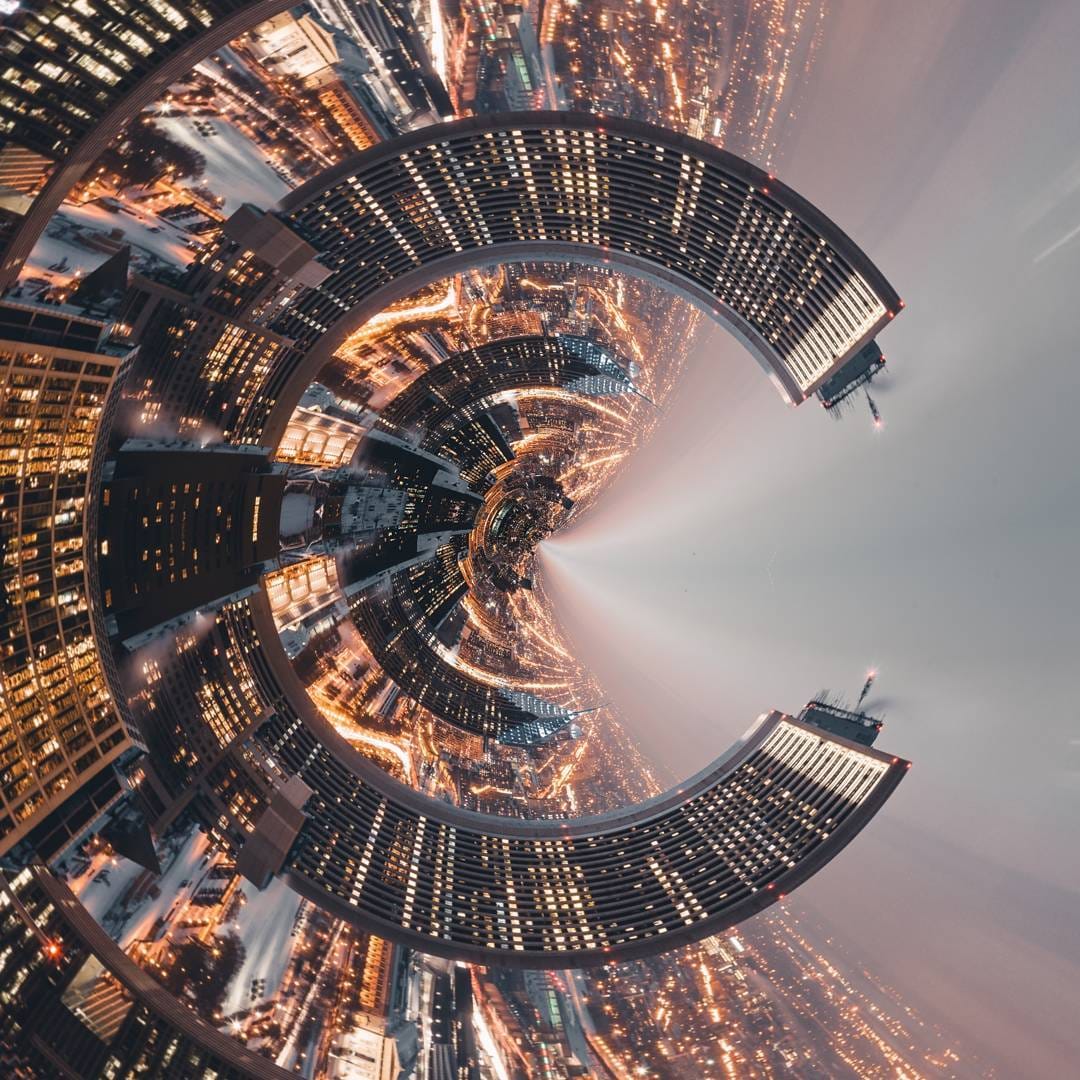 The main idea of the author's books is that people should use the benefits of technological progress less and start interacting more with nature. He calls his works "A lantern at the end of the tunnel," but emphasizes that his light alone is not enough. The reader himself must make some efforts to achieve positive changes in his existence.

The idea to manage reality came to Vadim not by chance. At that time, everything was so bad in the writer's life that he did not see salvation in anything. Waking up one fine morning, Zeland felt as if someone had woken him up, and there was a click in his brain. At first, the term "transurfing" settled in his head, which he had never heard of. Soon, scraps of unique knowledge began to arrive, which he decided to organize by writing in a notebook. At that time, he was still working at his usual job.

Later, Zeland realized that it was time to put the pieces of the knowledge he had gained together, and began to write a book. Having completed his first esoteric work, the man realized that he was on the threshold of something grandiose.

"Transurfing reality" tells about "pendulums", teaches the achievement of controlled dreams and the submission of reality. Already at the time of writing the book, the author saw himself as a genius creator who created a unique theory. His teaching should have been recognized all over the world, no other way.

One of the main methods of a psychologist is visualization. He began to imagine how publishers came to him and asked for the right to publish a work. Surprisingly, it turned out that way. After a short time, "Transurfing Reality" gained incredible fame and became a real bestseller both in Russia and abroad.

VADIM'S ULTIMATE GOAL IS TO TEACH PEOPLE TO BELIEVE THAT THERE ARE A LOT OF SCENARIOS OF LIFE, AND ONLY WE CAN DECIDE WHICH WAY TO GO.

When the first book was published, a huge hype began around Zeland's personality. Today, the author's new works are mainly interested in long-time adherents of his methodology. The full course of the famous "Transurfing" consists of five parts, which the writer released at the dawn of his creative career. 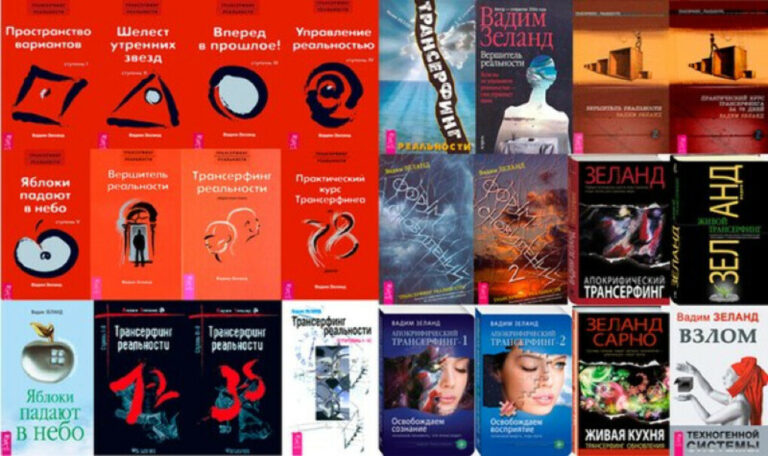 Subsequently, the psychologist wrote a number of other works: "A practical course of transurfing in 78 days", "Apocryphal transurfing" and "Hacking a man-made system". Vadim attended a conference in France, where he told about his thoughts on the harm of abusing the benefits of man-made civilization.

The theme of reality management continues in Vadim's latest works: "kLIBE. The end of the illusion of herd safety", "Living Kitchen". The book "Tafty Priestess" caused some readers difficulties with understanding the teachings, but in it the author revealed new methods of achieving dreams. The psychoanalyst has a circle of loyal followers who are looking forward to the release of his new works.

No one knows the exact date of birth and patronymic of the writer. It can be assumed that in 2020 he is about fifty years old. Zeland's personality has been overgrown with numerous rumors, which are sometimes very contradictory. There was information on the Web that Vadim was killed because of sharp statements that political forces have a huge impact on the modern world.

Not everyone can immediately understand Zeland's thoughts, many give up reading his books halfway. Vadim has repeatedly repeated that it is not easy to achieve the materialization of thoughts, you need to be patient.

The author also has outspoken detractors who criticize the methodology of reality management. There are many psychologists and writers among them who, most likely, would like to become the authors of this unique teaching themselves. There are also those who are just too lazy to finish reading the book to the end, and began to express superficial judgments about it. 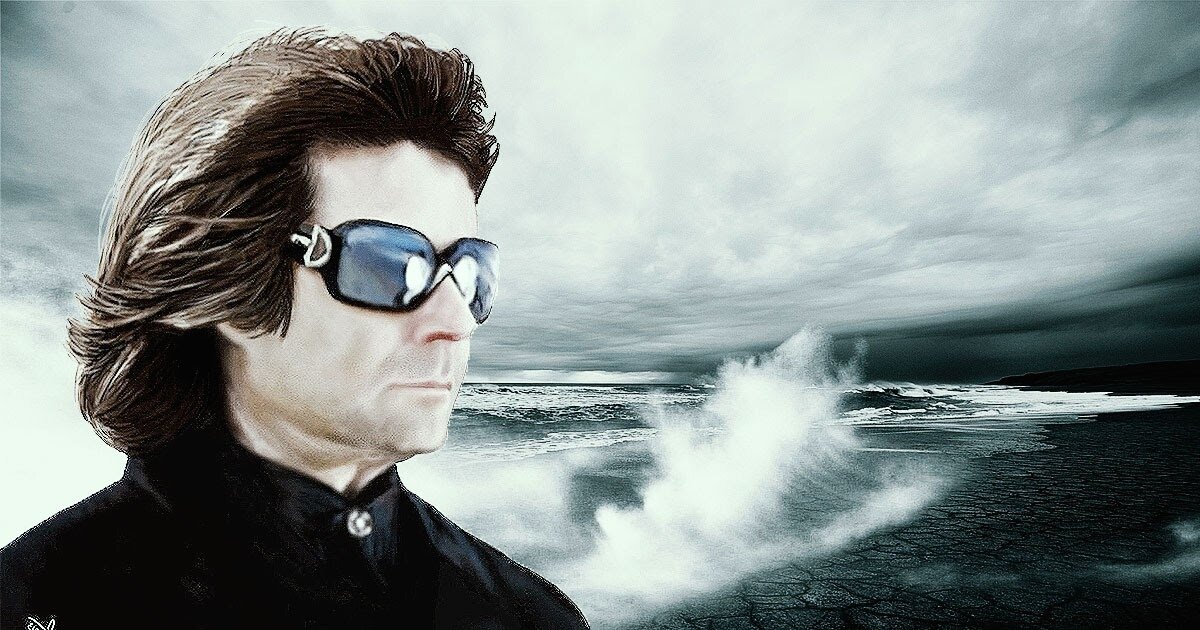 Whether Vadim has a family is unknown for sure – like everything about his person, he keeps his personal life a secret. The esoteric has an official website where you can find links to his profiles in VKontakte, Facebook and Instagram.

Vadim Zeland is very worried that popularity and interest in his personality can take something important from his soul. Therefore, the writer has surrounded himself with an aura of mystery and leads a modest, non-public lifestyle.

3 - Vadim Zeland - Reality Transurfing: Forward to the Past

Contents
CHILDHOOD AND YOUTH
Creativity
VADIM'S ULTIMATE GOAL IS TO TEACH PEOPLE TO BELIEVE THAT THERE ARE A LOT OF SCENARIOS OF LIFE, AND ONLY WE CAN DECIDE WHICH WAY TO GO.
PERSONAL LIFE
Books
Timeline
Patents
Table: Further Resources