The beginning of the Tula gingerbread

In fact, it all started not in Tula, but in Europe: the predecessor of the Tula gingerbread has been known since the XIII century. The sweetness was a gift for Christmas, and was made from honey dough with almonds, spices, citron and icing sugar. The first written mention of the Tula gingerbread was in 1685, but, according to historians, in Russia the gingerbread appeared a century earlier than in Europe - in the era of Great Geographical Discoveries. Gingerbread was then made in almost all Russian towns and villages.

However, it was in Tula that the manufacturing process was brought to absolute perfection and practically elevated to art. Already in the XVII century, gingerbread was prepared by dozens of craftsmen all over the city. Dessert was popular, and because of the high competition, each master tried to make his products tastier and more beautiful than others. Sweets were sold for every taste: custard, honey, cream, fruit, mint and even mustard. And the gingerbread was given a unique shape with the help of designs made of planks, on the inside of which beautiful patterns were cut out in a mirror image. The dough was immersed in a mold and pressed until they received an imprint of the ornament — until now gingerbread with patterns are called printed. They depicted local attractions, sketches from life and pictures-charms. Each pastry chef had his own gingerbread shapes, and a knowledgeable person could recognize the master just by looking at the goods.

The most famous gingerbread maker in the Tula province was the merchant Vasily Grechikhin: he was appreciated both in Russia and abroad. He presented a two-pound gingerbread of his own production at the World Exhibition in Paris in 1889 — and received the Grand Prix. And 11 years later, having come to France again for the exhibition, he organized a candy trade not far from the Eiffel Tower — in a pavilion made entirely of gingerbread. By the 300th anniversary of the Romanov house, the merchant released delicacies, each of which he packed in a chest with a lock. And later, a gingerbread with the image of the map of Tula was made at his factory. 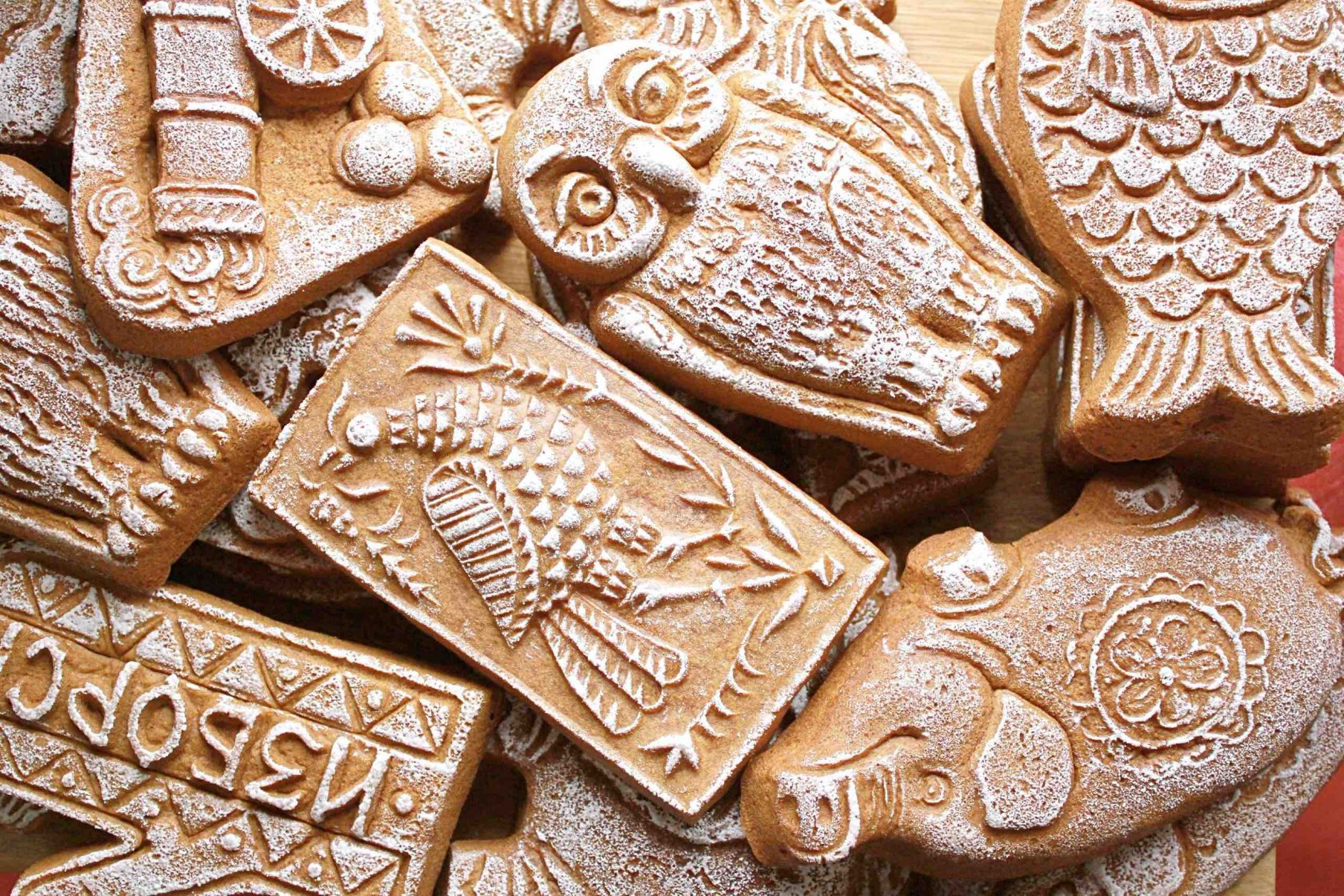 The return of the Tula gingerbread

Since gingerbread men did not write down their recipes (keeping them in mind is the best way to protect against theft), they were lost after World War II. The secrets of the gingerbread business were forgotten for a while: knowledge died at the front along with the masters.

Modern gingerbread production in the city was revived in the mid-1950s. The country's leadership instructed the enterprises of the Tula food industry to launch the production of traditional gingerbread for the opening of the All-Union Agricultural Exhibition. The work began to boil: they were looking for the keepers of ancient recipes, restoring baking equipment, making wooden molds for gingerbread at the Tula Arms Factory. The first successful batch came off the production line only six months later — and went to the USSR Ministry of Food Industry for testing. Its head Vasily Zotov handed over some of the gingerbread to Anastas Mikoyan, Deputy chairman of the Council of Ministers of the USSR, and he handed over to the first secretary of the CPSU Central Committee Nikita Khrushchev. Tula gingerbread was rated at the highest level: flour and butter were additionally allocated from the state reserve.

Secrets of the famous Russian gingerbread

Hereditary recipe for men.The history of Tula gingerbread dates back to the 17th century, but there was no final recipe for their preparation. There were many bakers in Tula, and each baker cooked it in his own way, keeping it in the strictest secrecy and passing it on to his sons and heirs. Bakers did not use scales to weigh flour and honey, preferring small stones or pieces of metal that were stored in a secluded place, under lock and key.

Gingerbread as a source of knowledge.Gingerbread was eaten not only to satisfy hunger, but also as a source of knowledge. Cakes were baked with letters, syllables and words on them. For a child, they served as something like an alphabet. Before eating the gingerbread, the child had to learn the letters, after which he received a part or the whole cake as a reward. There were also sometimes names on the gingerbread, such as Masha, Vanya, Sasha and others.

Harbingers of weddings. In ancient Russia there was a tradition of matchmaking before weddings. If the guy was not sure that the girl he liked would accept his offer, he sent her gingerbread. If the girl accepted the gift, it was assumed that she would react positively. During the wedding, the newlyweds were presented with gingerbread in the form of hearts. The day after the wedding, the newlyweds took the gingerbread to the house of the bride's parents.

Dessert for the "giant” .

In 1778, on the day of the city of St. Petersburg, Empress Catherine was presented with a Tula gingerbread weighing more than 65 pounds and with a diameter of more than nine feet. It depicted a panorama of the city. The Empress was amazed.

Today, a giant gingerbread can be seen in the Tula Gingerbread Museum, which has an exhibit showing the Tula Kremlin and weighing 110 pounds.

In 2014, a monument to gingerbread was erected in Tula. It is 8 feet wide. On its obverse it is written: "Tula gingerbread has been famous since 1685”" They say that it was in this year that the symbol of the city was born. 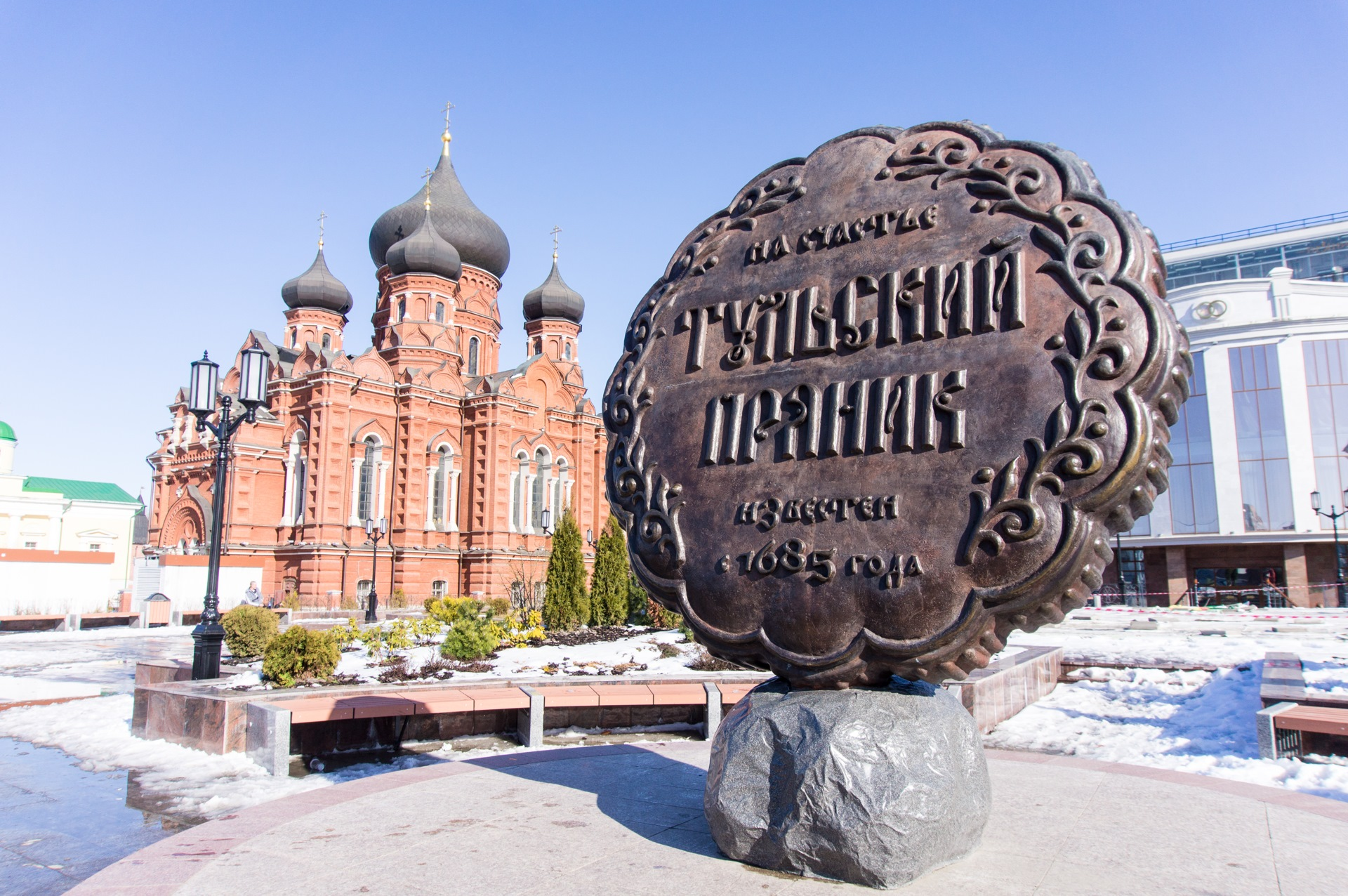 Gingerbread in the form of a picture. Tula gingerbread is a "printed" product. This means that at first people cut a board out of birch or pear, which was then aged for 5-20 years. The edges were smeared with resin or wax. When it dried, the artist-carver made a drawing using a mirror. The gingerbread mold can last up to 70 years. In order to remove the remnants of the dough, the mold is boiled in oil.

For games and sports. In addition to the usual gingerbread, at the beginning of the 20th century and earlier, people also baked cakes for games, without filling. During fairs, they were used for games and entertainment. They were scattered everywhere like disks. The winner is the one whose cake flies the furthest. But it was important that the cake didn't fall apart.

Tula - the Capital of Gingerbread and Russian Weapons