Thomas Andrew Felton (born September 22, 1987, Epsom, Surrey, UK) is a British film, television and voice actor, singer and guitarist. He made his film debut in 1997, playing a minor role in the comedy "Thieves," but real fame came to him in the role of Draco Malfoy in the films about Harry Potter.

The boy from childhood showed talents in acting and singing. At the age of 10, the boy got to the film studio, where he met with an agent, and two weeks later received a role in the film "Thieves."

But truly Tom became famous by playing the character of the famous Harry Potter book Draco Malfoy, the son of Lucius Malfoy, a representative of a noble family and a supporter of the central negative character Lord Volan de Mort. Subsequently, for Tom as an actor, this created the role of an arrogant and arrogant guy, which to some extent influenced subsequent offers to star in films from other producers. 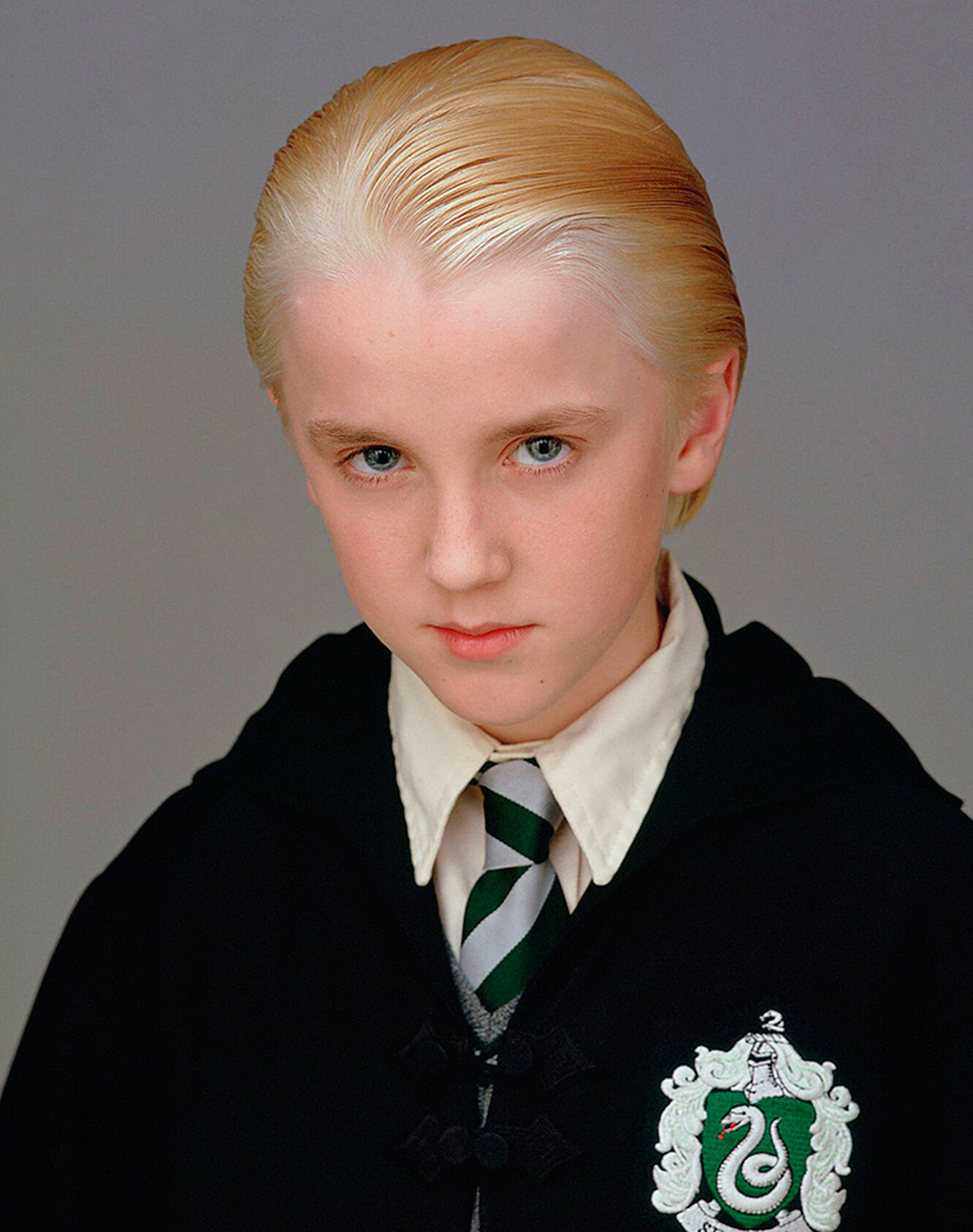 Numerous Tom fan sites began to appear around the world, but this did not prevent him from living the life of an ordinary teenager. After the first film based on the book "Harry Potter," the young talent began to have their haters, fans of the magic world, who took what was happening on the screen too seriously, taking it to life. Some children were frankly afraid of Tom and showed their aggression when he came to the premieres, which, he said, amused him and at the same time upset him. Over time, as the heroes and their fans grew older, this attitude changed, and Tom began to be warmly received as another of the actors who embodied their favorite book characters on the screen.

A few years earlier, another famous work of Felton was the role of the young son of Jodie Foster in the film "Anna and the King," where he also very successfully reflected the character of a torn boy.

In 2006, Tom decided to enter the university at the faculty of "fishing." And he intends to make this the main profession in the future, since, according to him, he is not attracted to his acting career (but later, in the post-premiere interview of The Half-Blood Prince, Tom said that he decided to postpone the "fish business" to the "hobby" shelf and sees himself as an actor in the future). 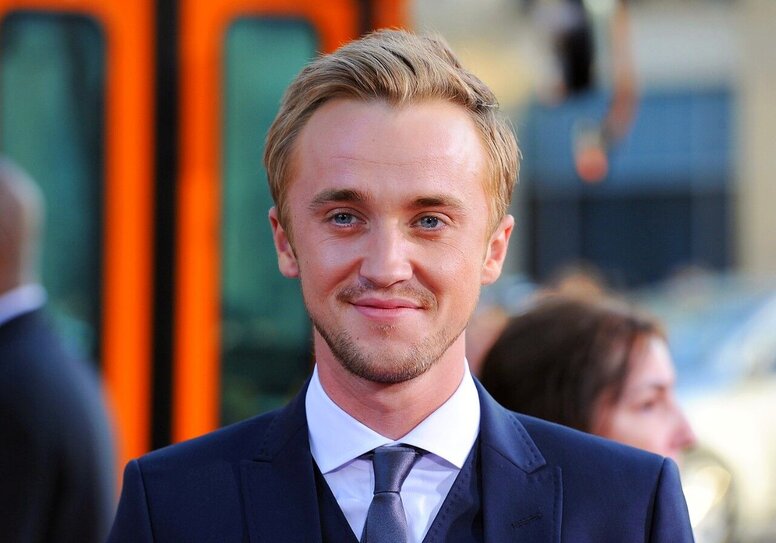 In 2008, Tom agrees to take part in the film "Emma of Lulworth Cove," the filming of which was suspended due to lack of funding.

Felton can be seen in the film "Disappeared," which premiered on November 8, 2008. In this horror film, Tom plays the role of one of the good friends of the protagonist, looking for his missing younger brother. Also recently, the horror film "13 Hours" was shot, where Tom played one of the main roles.

In August 2011, in Los Angeles, Tom starred in a photo shoot with his friend Rupert Grint for the autumn-winter collection of the fashion brand Band of Outsiders.

At the end of August 2012, the film "Phenomenon" was released, where Tom played the role of a guy named Patrick. The plot is twisted around the failed experiment of college students, in parapsychology, with the challenge of spirit from the light that begins the persecution of the main characters, and their attempts to get rid of it. The film was also attended by the actress of the Twilight Saga Ashley Green.

In 2018, the series "Origin" was released, where Tom starred with his Harry Potter colleague Natalia Tena and played the role of Logan Mayne.

In 2019, the comedy film "Road to the Whales" was released, in which Tom played the main role along with actress Tammin Sursok. In 2020, the film "Guide for Nannies: How to Catch a Monster" was released.

In 2008, Tom released his first album of author songs Time Well Spent, which is popular with fans and is successfully sold out. Disc release date April 16, 2008. The cover is made in ascetic form, and the disc itself includes only 5 songs. 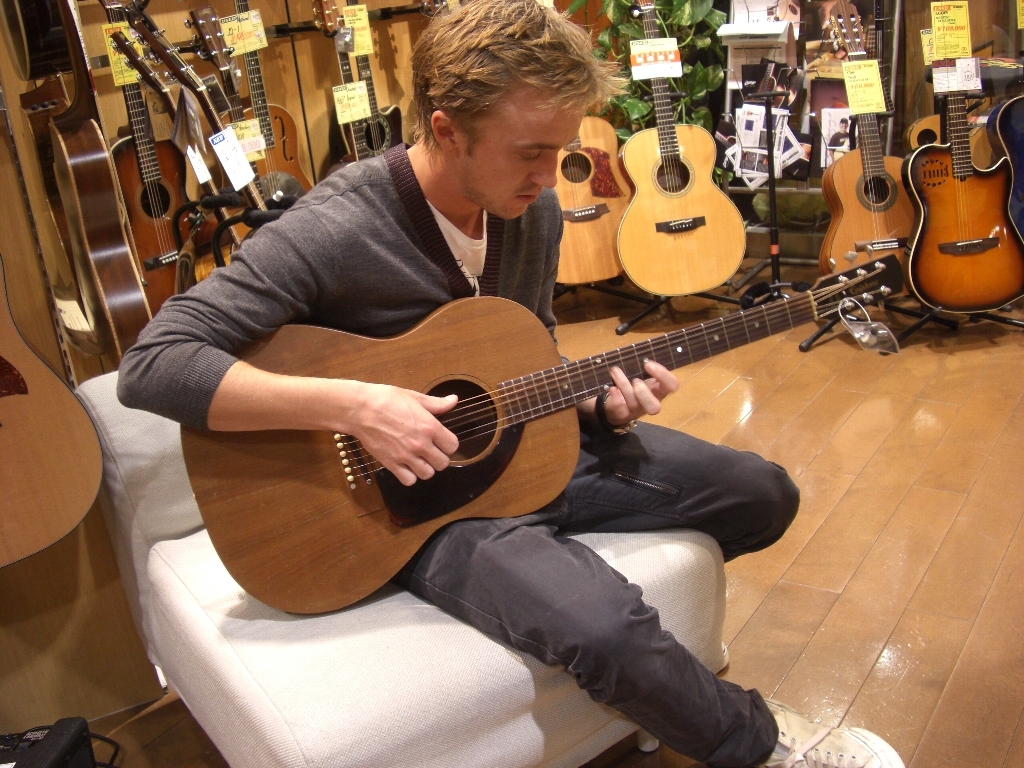 A few months later, Tom's second work, the album All I Need, was posted on the shelves of online stores. The release date of the disc is July 4, 2008. The stated cost of each of the disks is $4.95. Before publicizing the project, Tom promoted his project by blogging on the YouTube website and posting his own videos in which he performs album songs on the guitar.

A Babysitter's Guide to Monster Hunting

Anna and the King

Title
Author
Date
Publisher
Description
The Inbetweeners' James Buckley becomes the unlikely king of Cameo
Archie Bland
February 27, 2021
the Guardian
Comedian's work ethic on celebrity shout-out app takes him to 10,000 videos and £300,000 - leaving global A-listers in his wake
'Harry Potter's' Tom Felton reunited with Emma Watson and their costars - Business Insider
Olivia Singh
December 18, 2019
Business Insider
The final "Harry Potter" film was released in 2011, but the stars are still good friends and post photos and videos when they hang out.
Rupert Grint saw 'some sparks' between Emma Watson and Tom Felton - Business Insider
Tom Murray
November 19, 2019
Business Insider
Fans have been begging for "Dramione" to couple up since Felton shared images of him and Watson hanging out in South Africa in August.

United Kingdom
Known for
he is known as Draco Malfoy
Location

Howard of Effingham School
Also Known As
known for - actor, also known as - a character from Harry Potter
Occupation