Musical instrument in the percussion family

The tambourine is a musical instrument in the percussion family consisting of a frame, often of wood or plastic, with pairs of small metal jingles, called "zills". Classically the term tambourine denotes an instrument with a drumhead, though some variants may not have a head. Tambourines are often used with regular percussion sets. They can be mounted, for example on a stand as part of a drum kit (and played with drum sticks), or they can be held in the hand and played by tapping or hitting the instrument.

The origin of the tambourine is unknown, but it appears in historical writings as early as 1700 BC and was used by ancient musicians in West Africa, the Middle East, Turkey, Greece and India. The tambourine passed to Europe by way of merchants or musicians. Tambourines were used in ancient Egypt, where they were known as the tof to the Hebrews, in which the instrument was mainly used in religious contexts. The word tambourine finds its origins in French tambourin, which referred to a long narrow drum used in Provence, the word being a diminutive of tambour "drum," altered by influence of Arabic tunbur "drum". from the Middle Persian word tambūr "lute, drum".

The tambourine can be held in the hand or mounted on a stand, and can be played in numerous ways, from stroking or shaking the jingles to striking it sharply with the hand or a stick or using the tambourine to strike the leg or hip. 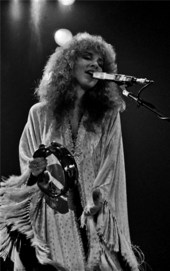 There are several ways to achieve a tambourine roll. The easiest method is to rapidly rotate the hand holding the tambourine back and forth, pivoting at the wrist.

An advanced playing technique is known as the thumb or finger roll. The middle finger or thumb is moved over the skin or rim of the tambourine, producing a fast roll from the jingles on the instrument. The thumb or middle finger of the hand not holding the tambourine is run around the head of the instrument approximately one centimeter from the rim with some pressure applied. If performed correctly, the finger should bounce along the head rapidly, producing the roll. Usually, the end of the roll is articulated using the heel of the hand or another finger. Beeswax or rosin is commonly smeared around the edges of the head to assist in the technique. These materials increase friction making it easier to execute. A continuous roll can be achieved by moving the thumb in a "figure of 8" pattern around the head.