A superpower is a state with a dominant position characterized by its extensive ability to exert influence or project power on a global scale. This is done through the combined means of economic, military, technological, political and cultural strength as well as diplomatic and soft power influence. Traditionally, superpowers are preeminent among the great powers.

No agreed definition of what is a superpower exists and may differ between sources.However, a fundamental characteristic that is consistent with all definitions of a superpower is a nation or state that has mastered the seven dimensions of state power, namely geography, population, economy, resources, military, diplomacy and national identity.

The term was first used to describe nations with greater than great power status as early as 1944, but only gained its specific meaning with regard to the United States and to a lesser extent, the Soviet Union after World War II. This was because the United States and the Soviet Union had proved themselves to be capable of casting great influence in global politics and military dominance. The term in its current political meaning was coined by Dutch-American geostrategist Nicholas Spykman in a series of lectures in 1943 about the potential shape of a new post-war world order. This formed the foundation for the book The Geography of the Peace, which referred primarily to the unmatched maritime global supremacy of the British Empire and the United States as essential for peace and prosperity in the world. 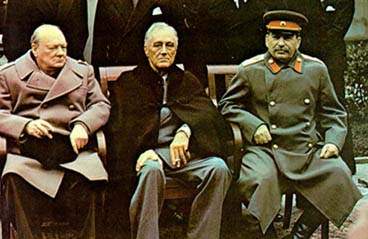 A year later in 1944, William T. R. Fox, an American foreign policy professor, elaborated on the concept in the book The Superpowers: The United States, Britain and the Soviet Union — Their Responsibility for Peace which spoke of the global reach of a super-empowered nation.[6] Fox used the word superpower to identify a new category of power able to occupy the highest status in a world in which—as the war then raging demonstrated—states could challenge and fight each other on a global scale. According to him, at that moment there were three states that were superpowers, namely the United States, the Soviet Union and the United Kingdom. The British Empire was the most extensive empire in world history and considered the foremost great power, holding sway over 25% of the world's population and controlling about 25% of the Earth's total land area, while the United States and the Soviet Union grew in power before and during World War II. The UK would face serious political, financial and colonial issues after World War II that left it unable to match Soviet or American power. Ultimately, Britain's empire would gradually dissolve over the course of the 20th century, sharply reducing its global power projection.

According to Lyman Miller, "[t]he basic components of superpower stature may be measured along four axes of power: military, economic, political, and cultural (or what political scientist Joseph Nye has termed "soft power")".

In the opinion of Kim Richard Nossal of Queen's University in Canada, "generally this term was used to signify a political community that occupied a continental-sized landmass, had a sizable population (relative at least to other major powers); a superordinate economic capacity, including ample indigenous supplies of food and natural resources; enjoyed a high degree of non-dependence on international intercourse; and, most importantly, had a well-developed nuclear capacity (eventually normally defined as second strike capability)".

In the opinion of Professor Paul Dukes, "a superpower must be able to conduct a global strategy including the possibility of destroying the world; to command vast economic potential and influence; and to present a universal ideology". Although "many modifications may be made to this basic definition". According to Professor June Teufel Dreyer, "[a] superpower must be able to project its power, soft and hard, globally".In his book Superpower: Three Choices for America's Role in the World, Dr. Ian Bremmer, president of the Eurasia Group, argues that a superpower is "a country that can exert enough military, political, and economic power to persuade nations in every region of the world to take important actions they would not otherwise take".

Apart from its common denotation of the foremost post-WWII states, the term superpower has colloquially been applied by some authors retrospectively to describe various preeminent ancient great empires or medieval great powers, in works such as Channel 5 (UK)'s documentary Rome: The World's First Superpower or the reference in The New Cambridge Medieval History to "the other superpower, Sasanian Persia".