A spritzer is a tall, chilled drink, usually made with white wine and carbonated water or sparkling mineral water. Fermented simple syrup can be used instead of white wine to keep it sweet but flavor neutral.

Spritzer is derived from the variant of the German language spoken in Austria, where the drink is very popular. It is used alongside the equally common form Gespritzter (mostly pronounced G'spritzter, a noun derived from the past participle of spritzen, i.e. squirt), a term also found in some German regions, such as Hessen (e.g. Süssgespritzter, i.e. a "sweet spritzer" using fizzy lemonade instead of soda water (Sauergespritzter)). In most of Germany, the word "Schorle" is used to denote a Spritzer.

Alcoholic spritzers are increasingly available ready-mixed in cans; their relatively low alcohol and calorific content means they are often marketed at women. 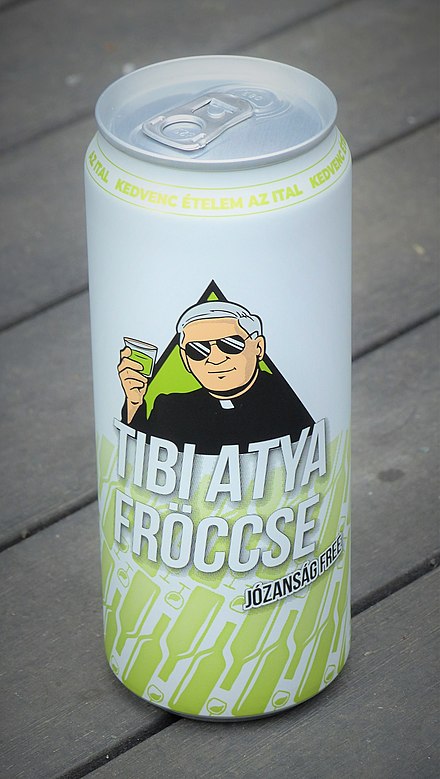 In Hesse, "gespritzt" usually refers to a mixture of soda water or lemonade and Apfelwein (in Central Hessian dialect, Ebblwoi), an alcoholic drink from fermented apple juice somewhat similar to dry hard cider.

In Hungary spritzer, called 'fröccs', is very popular. There are dozens of different types of spritzer. They are distinguished by the proportion of wine and carbonated water or the type of other liquids added. Examples (the list is not exhaustive) include:

Other variations include: şpriţ de vară (or "summer spritzer") in Romania (1 part white wine to 2 parts sparkling water), Brizganec or ‘’Špricar’’in Slovenia (wine and the popular domestic mineral water Radenska), "špricer" in Serbia (white wine or rosé, mixed with sparkling water, half of glass of each). In Croatia, a popular drink called gemišt is mixed with white wine and sparkling water to taste.

In the United States, some non-alcoholic carbonated juices are sold as spritzers. The same type of carbonated juice (actually made with juice and carbonated mineral water) is known in Germany as Saftschorle or Fruchtschorle. (Both short for rarely used Fruchtsaftschorle.) Particularly Apfelschorle (apple juice spritzer) is one of the most popular soft drinks in Germany. In Austria Apfelschorle is called Apfelsaft g'spritzt. ... g'spritzt can be combined with every juice, e.g. Orangensaft g'spritzt or Pago/Cappy g'spritzt (producers of juices).