Artificial simulation of human speech using computers or other devices

Speech synthesis is the artificial simulation of human speech using computers or other devices (speech computer or speech synthesizer). It is the counterpart of voice recognition. It is used to translate text information into audio information. It uses Text-to-speech systems (TTS) to convert text into audio form. It is used in applications of voice-enabled services and unified messaging.

It is also used in assistive technology to help vision-impaired individuals in reading text content, the contents of the display are automatically read aloud to the user.

Christian Kratzenstein, a Russian Professor, Physicist and pioneer in speech synthesis. He invented an apparatus based on the human vocal tract to produce of five long vowel sounds in 1779.

VODER, Voice Operating Demonstrator was the first fully functional voice synthesizer by Homer Dudley and was shown at the 1939 World's Fair. The VODER was based on Bell Laboratories' vocoder (voice coder) research of the mid-thirties. 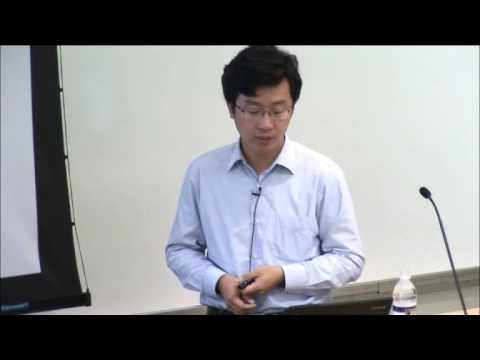 The four states of analysis to produce audio based on Hidden Markov models are text, phonetic, prosodic, and speech. Text analysis converts the text into a form usable by the machine and utilizes probability to determine the linguistic meaning of the text and the context of the text. Phonetic analysis converts the literal typed letters into phonetic symbols that the machine can relate to certain sounds. Prosodic analysis seeks to use the linguistic meaning in conjunction with the context and phonetic sounds to determine the most probable rhythms, stress patterns, and intonation. Speech analysis combines the results of the previous states to generate the speech signal.

A Short Introduction to Text-to-Speech Synthesis