Founded in 2004, the Solar Impulse Foundation is dedicated to improving the quality of life on Earth by fast-tracking the implementation of clean and profitable solutions to encourage the adoption of more ambitious environmental targets and policies.

The first prototype of Solar Impulse 1 was unveiled on June 26th, 2009, by Bertrand Piccard and André Borschberg. The aircraft had a 63 m wingspan and weighed 1600 kg. After several successful daytime flights, Solar Impulse 1 made the first-ever solar aviation night flight on July 7th, 2010, piloted by André Borschberg. The plane went on to make many more successful flights, including the following: 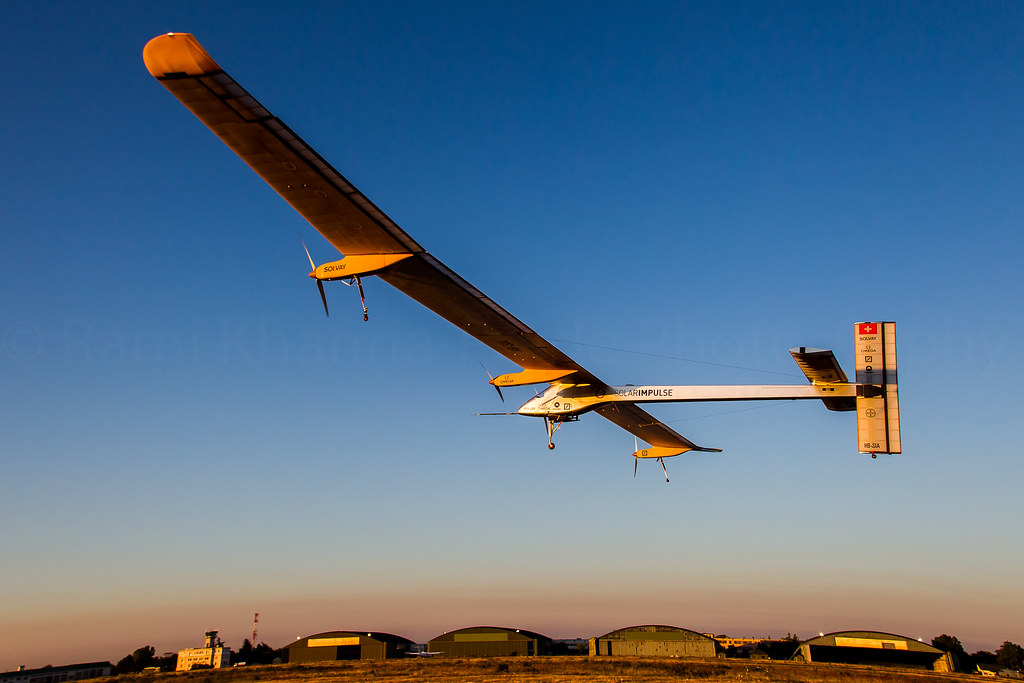 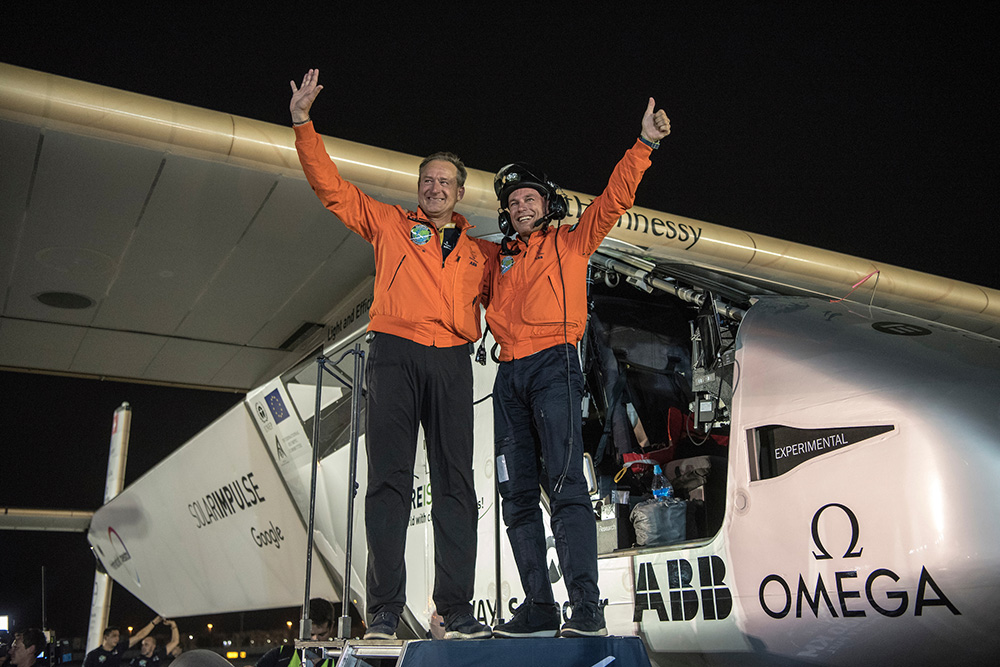 Bertrand Piccard and Andre Borschberg after completing the first solar-powered round the world flight.

Around the world journey legs of Solar Impulse 2

A table comparing key parameters for the two Solar Impulse aircraft is shown below:

After 14 months and 550 hours in the air, the plane landed in Abu Dhabi completing its 25,000-mile journey.

The prototype was the result of 6 years work and had a 63 m wingspan and weighed 1600 kg.

Flight simulator developed in collaboration with Dassault and EPFL enables both pilots to simulate flying HB SIA for the first time.

The simulator allowed for 25hours equipped and harnessed as the pilots would be for real flights.

Agreement formalized with Deutsche Bank as well as partnership agreements with official suppliers, such as SolarMax, Victorinox, Toyota Switzerland, Swisscom and BKWFMB.
Solar Impulse Foundation is founded.
Bertrand Piccard asks the Geneva Utilities Department to provide a preliminary analysis regarding the feasibility of solar-powered planes flying day and night.

What is solar impulse?