Pulse-width modulation (PWM) is a powerful technique for controlling analog circuits with a microcontroller's digital outputs. PWM is used in many applications, ranging from communications to power control and conversion. For example, the PWM is commonly used to control the speed of electric motors, the brightness of lights.

Pulse Width Modulation (PWM) is a nifty current control technique that enables you to control the speed of motors, heat output of heaters, and much more in an energy-efficient (and usually quieter) manner. Existing applications for PWM include, but are not limited to:

In this day and age, if a device is advertised as having a variable speed compressor or variable speed fan (this doesn’t include two or three-speed fans), there is a significant chance that it is utilizing PWM!

Aspiring electrical engineers may want to know why they should use pulse width modulation to control devices, and homeowners have similar question which has the same answer: Why use inverter air conditioners, or other variable speed appliances?

The answer to both questions is: PWM varies the speed of the appliances’ motors so they only consume as much power as they need, but without the usual consequence of burning off unused current as heat. An example of an older alternative is a simple transistor circuit that varies the current passing through it by varying its resistance.

The same efficiency rule that applies to resistors also applies to transistors — Their resistance results in wasted energy because they burn off some of it as heat. They act like heaters in that regard.

Fortunately, these circuits were never mainstream. Appliances such as air conditioners and refrigerators just ran at full speed all the time, making lots of noise, and wasting lots of energy because they had to cycle on and off frequently.

PWM does make use of transistors, but in a different way, as explained below.

How Does PWM Work?

PWM works by pulsating DC current, and varying the amount of time that each pulse stays ‘on’ to control the amount of current that flows to a device such as an LED. PWM is digital, which means that it has two states: on and off (which correspond to 1 and 0 in the binary context, which will become more relevant to you if using microcontrollers).

The longer each pulse is on, the brighter the LED will be. Due to the fact that the interval between pulses is so brief, the LED doesn’t actually turn off. In other words, the LED’s power source switches on and off so fast (thousands of times per second) that the LED actually stays on without flickering. This is called PWM dimming, and such as circuit is just called a PWM LED dimmer circuit. 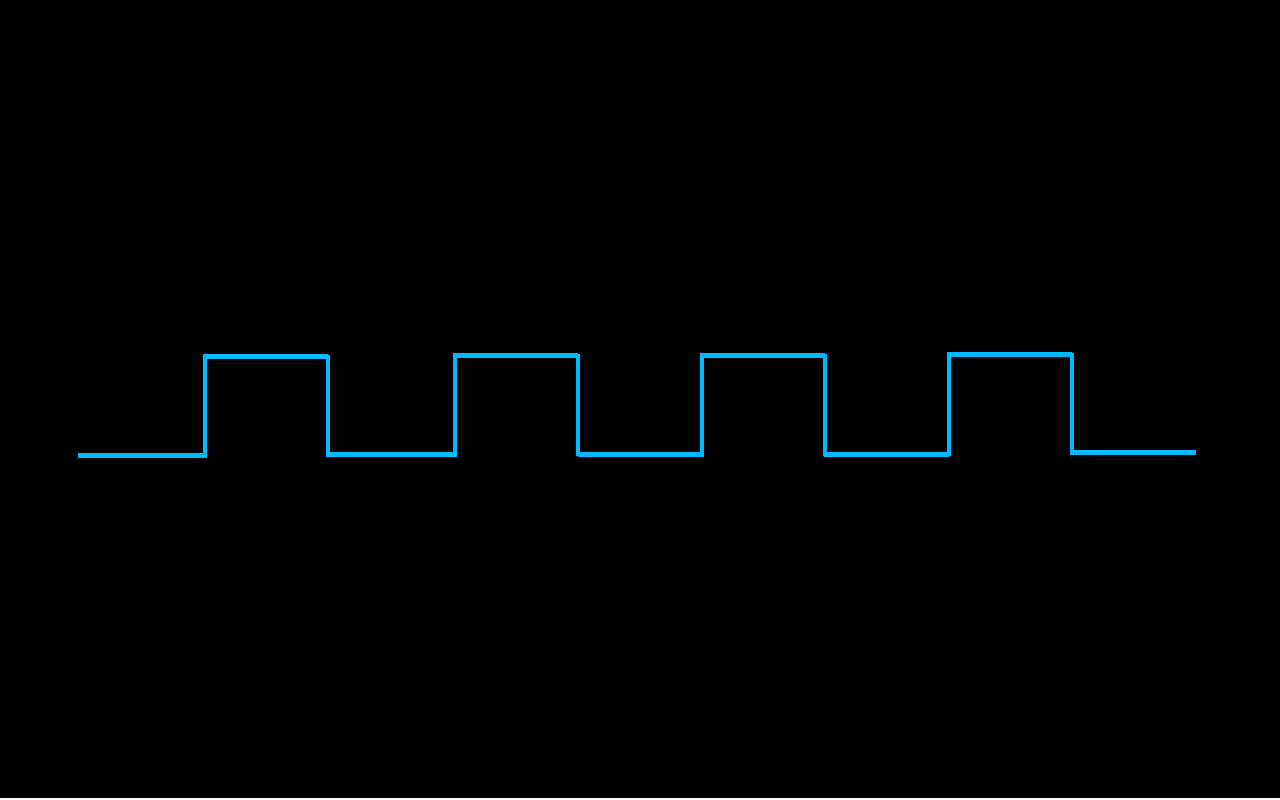 If the duty cycle was 0%, the entire signal would be flat, as shown below. A PWM duty cycle of 0% means that the power is off. In such a state, an LED would not be operational. It would simply be off. 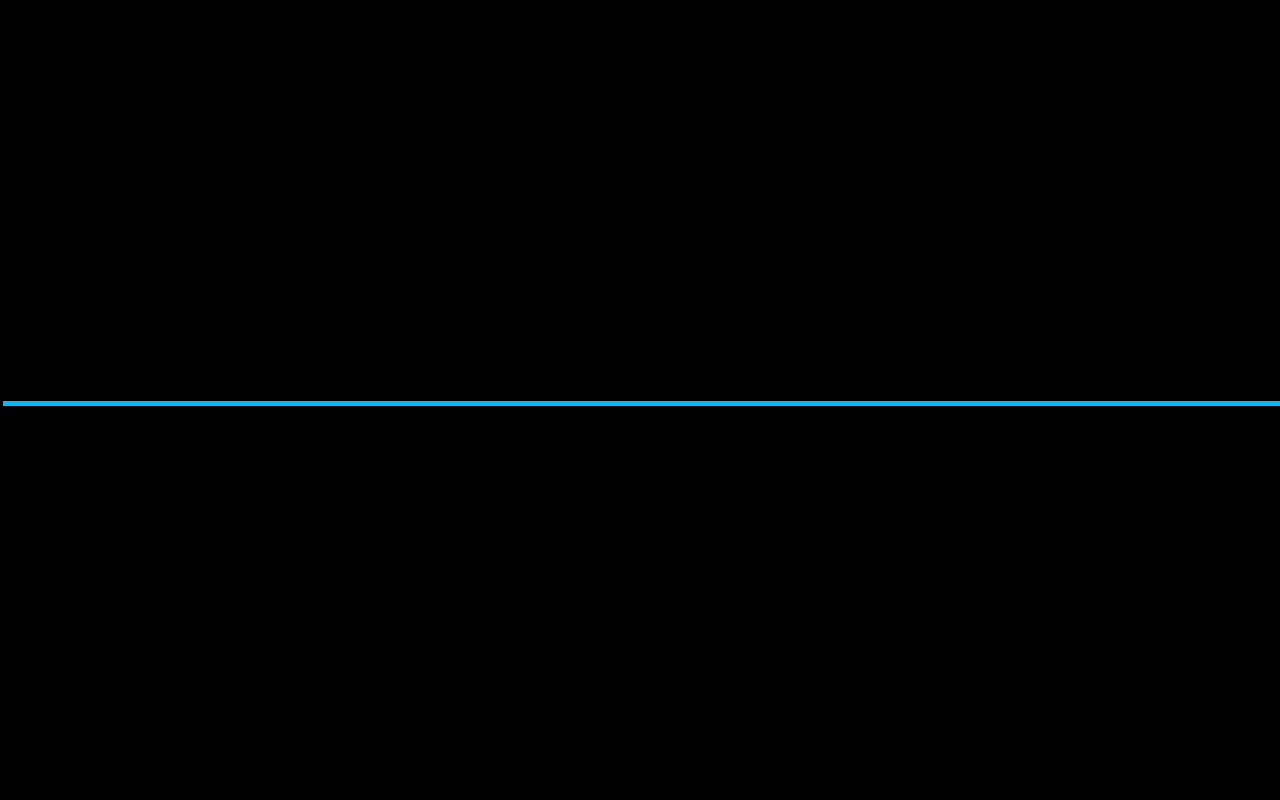 PWM signal (square wave) with a duty cycle of 0%. This means the power is off.

The key reason that PWM circuits are so efficient is that they don’t try to partially restrict the flow of current using resistance. They turn the current fully on and fully off. They just vary the amount of time that it is on instead.

The old-fashioned transistor circuit I mentioned above in the ‘Why Use PWM’ section may be 50% on for example, and easily waste a huge chunk of the other 50% that it is blocking.

The additional heat generated by traditional transistor circuits is another consideration, as it may increase the amount of time that cooling fans have to stay on to reduce the temperature of said devices.

The tiny one generates the signal, and the ‘power‘ which is the large current and voltage that actually power on the LED is controlled by the aforementioned transistors. That tiny power source could be a microcontroller GPIO pin such as an Arduino I/O pin, a 555 timer’s output pin, among others.

Setting the duty cycle of the signal to 30% will also result in a duty cycle of 30% for the power, as the large current is just an amplified replica of the tiny current (which is the signal).

This concept is what enables highly sophisticated microcontrollers (often called MCUs) and other computers to control very large currents at a reasonable cost. The microcontroller/MCU generates the signal, then that signal controls a power transistor.

a relatively slow response. The supply signal consists of a train of voltages pulses such that the

width of individual pulses controls the effective voltage level to the load.

of Computer Engineering at the Vienna University of Technology.