The Port of Singapore is a container transhipment hub and the largest publicly owned port in the world, situated on the southern end of the Malay Peninsula.

The Port of Singapore comprises a number of facilities and terminals that process a wide range of cargo transported in a variety of ways, including containers as well as conventional and bulk cargo. As of 2019, the port attracted 130,000 vessel calls on average a year, with 37.2 million TEUs of containers and 626.2 million tonnes of cargo, while the maritime industry accounted for 7 percent of Singapore’s GDP and 170,000 jobs. 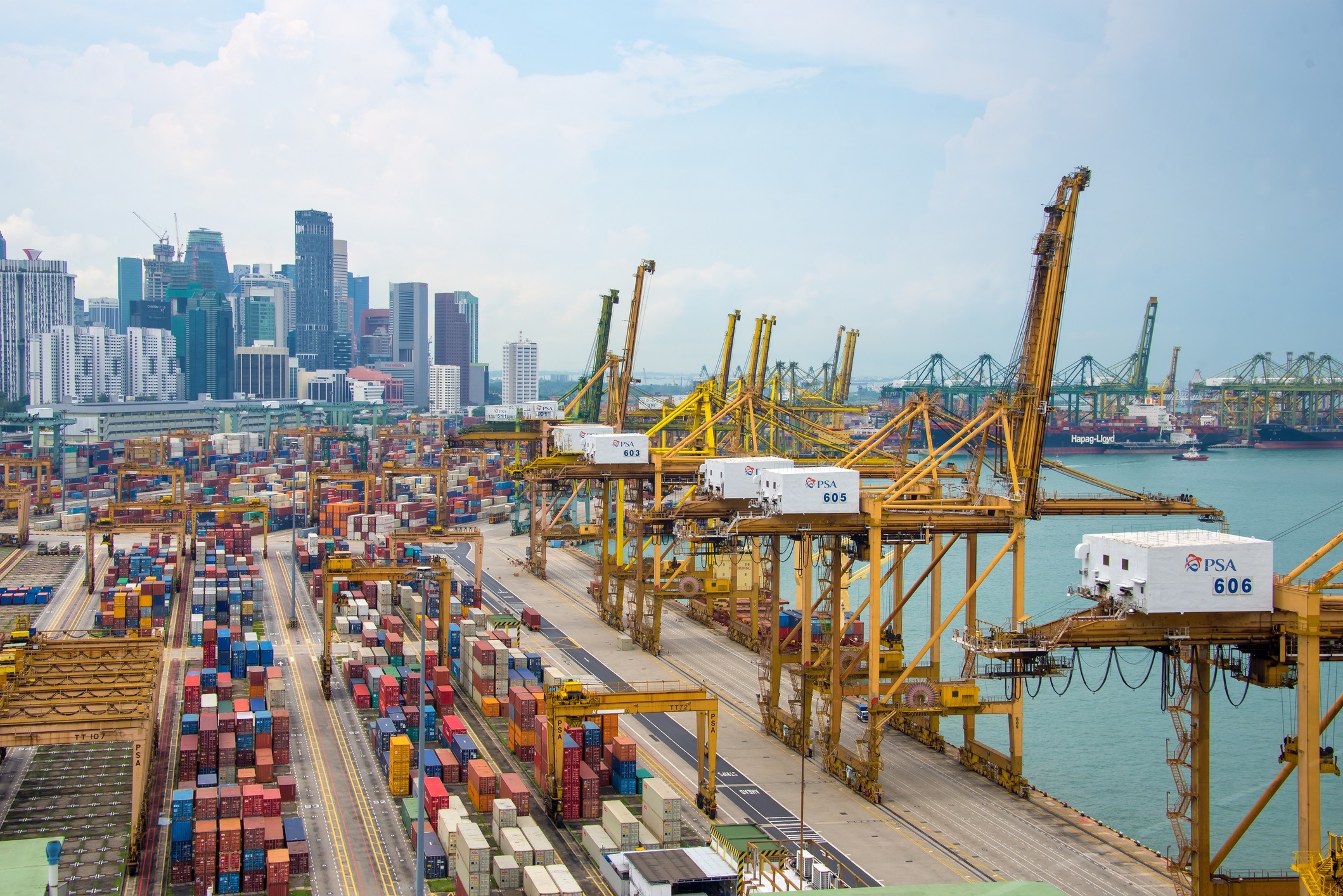 Aerial view of the Port of Singapore

The port offers a range of services for break-bulk (general cargo) and specialized cargoes. Its facilities and services enable the port to process containers and cargo including bulk, break-bulk, and project cargo. The warehouses and open yard spaces are used for storage, packing, consolidation, and distribution of cargo. Approximately 80 percent of the containers arriving in Singapore are transhipped to other ports.

The Port of Singapore has conventional and special-purpose terminals to process oil, petroleum, and natural gas products, as well as cement and steel products. Additionally, it has a dedicated car terminal (one of the major automotive transhipment hubs in the region). Other ancillary services at the port include the supply of water and provisions as well as pilotage and towage.

The facilities at the Port of Singapore include container terminals, berths, cranes, storage facilities, port information systems, an approach channel, and an inter-modal transport system.

The port is equipped with 204 quay cranes and a number of gantry cranes used to handle larger ships. The port also utilizes mobile harbor cranes to process heavy-lift project cargo.

The port has dedicated anchorages for repairing and maintaining ships. Other services include the following:

During a voyage to Calcutta, Sir Stamford Raffles, a British East Indian administrator and founder of the port city of Singapore, managed to persuade Lord Hastings, then governor-general of India, that action was required to preserve British trade with the Far East. On Dec. 7, 1818, he sailed from Calcutta and was authorized by Hastings to set up a fortified post east of the Straits of Malacca, to establish a gateway to the China seas. 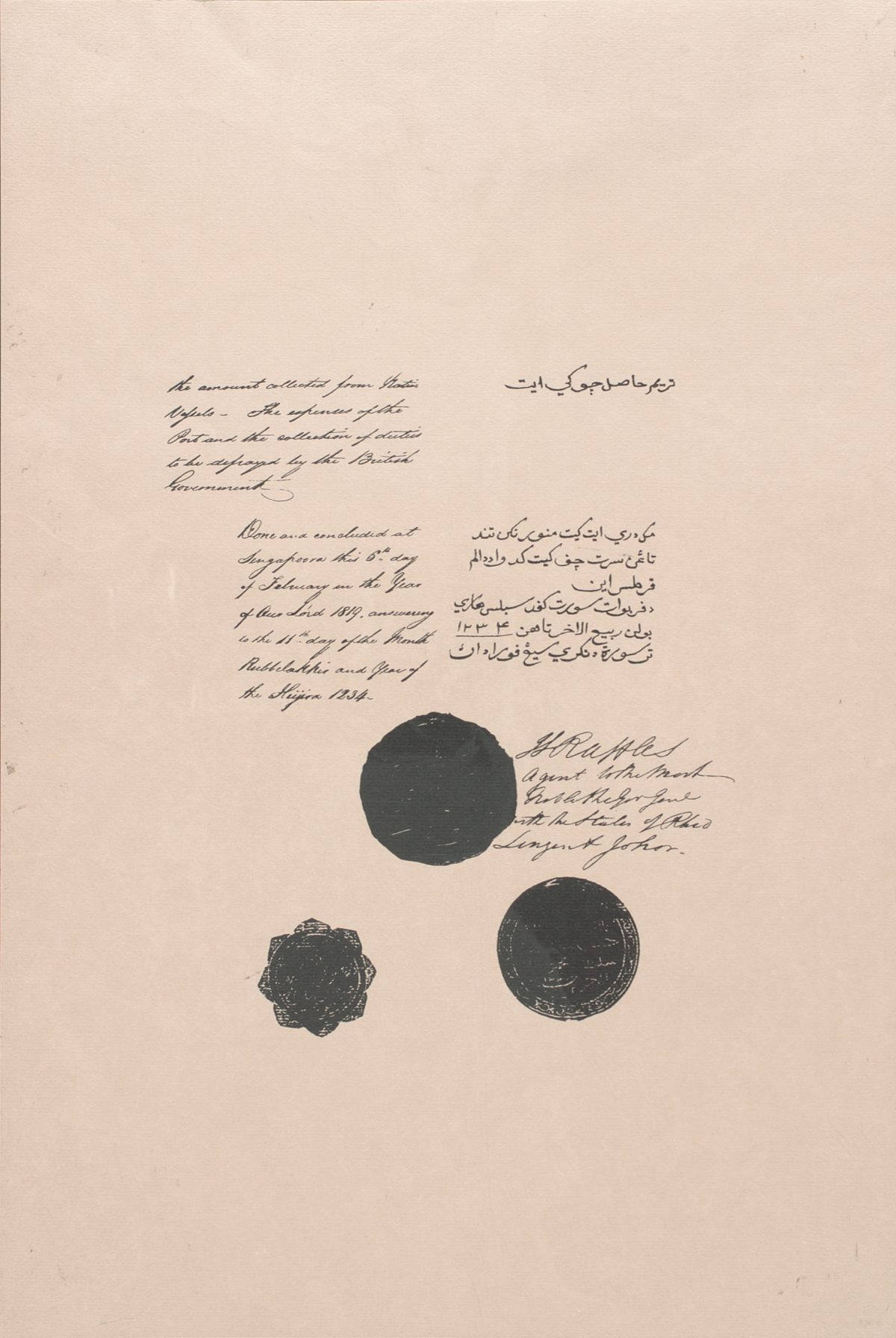 On the morning of Jan. 29, 1819, he came to the shore of a sparsely populated island off the southern tip of Malaya and, at risk of clashing with the Dutch, the port of Singapore by treaty, having purchased the island from a local sultan. Although he returned to his post at Bengkulu for three years, he went back to Singapore in October 1822, when he reorganized the various branches of the administration. His regulations of January 1823 stated:

The Port of Singapore is a free port, and the trade thereof is open to ships and vessels of every nation, equally and alike to all.

Singapore was the first country in Southeast Asia with a container port (Port of Singapore), which had developed to become one of the busiest and most connected in the world, with links to more than 600 ports across 120 countries worldwide. By the early 1980s, it was estimated that Singapore’s first container terminal, Tanjong Pagar Terminal, would be operating at maximum capacity by the 1990s and would not be able to process anticipated growth in trade volumes. Beyond the Tanjong Pagar, Brani, and Keppel terminals, port expansion plans were made to construct another terminal at Pasir Panjang.

By the year 2000, Singapore’s container throughput had reached 17.1 million TEUs (twenty-foot equivalent units), and city planners began considering relocation of the container port. Eventually, it was decided that the port at Tuas would be consolidated, with a planned capacity of up to 65 million TEUs. Sufficient capacity in a single, contiguous location carries the advantages of greater economies of scale and elimination of the need for inter-terminal haulage. Additionally, it provides assurance to shipping lines and alliances that the port can accommodate their growth over the long term.

Jurong Port specializes in the handling of steel products, cement, project cargo, and copper slag, using an extensive network of pipelines and conveyor systems for rapid and environmentally friendly discharge and loading. Singapore is also widely considered one of the largest and most significant bunkering ports in the world.

The Maritime and Port Authority of Singapore

The Maritime and Port Authority of Singapore (MPA) was established on February 2, 1996, with the aim of establishing Singapore as a global hub port and international maritime center (IMC), and promoting and protecting Singapore's strategic maritime interests. MPA drives Singapore's port and maritime development and acts as Port Authority, Port Regulator, Port Planner, IMC Champion, and National Maritime Representative. MPA partners with companies in the maritime sector and other agencies to ensure safety, security, and environmental protection in the waters surrounding the port, facilitate port operations and growth, expand maritime ancillary services, and promote maritime research and development.