Pillar is a blockchain and cryptocurrency development company creating an open source cryptocurrency and cryptocurrency token wallet. The company is headquartered in London, England and was founded in 2017 by David Siegel, Tomer Sofinzon, Vitor Py, Rob Gaskell, and Michael Messele. Pillar can be used to store, use, and manage cryptocurrency assets and can also act as a personal digital data locker to store information.

Pillar acts as a personal data and asset management platform, and aims to help users manage their personal data by using decentralized technologies. The assets on the blockchain are sent between users much like sending a message. The platform is smart contract based, has recoverable accounts, and allows users to exchange and swap tokens. 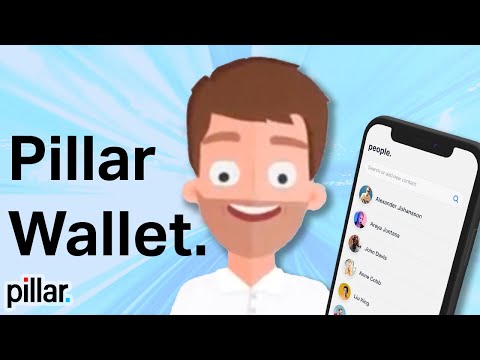 Pillar: The Wallet for the 21st century | Pillar

Title
Author
Date
Publisher
Description
Pillar launches with $5.5M from Kleiner Perkins and others to tackle your student loan debt
Sarah Perez
May 30, 2019
TechCrunch
A new startup aims to help you get your student loans under control. Today, an app called Pillar, backed by $5.5 million in seed funding led by Kleiner Perkins, is launching a simpler way for consumers to better understand their student loan debt -- and even pay it off early. To do so, the app [...]