Nodle is a DeFi project.

Nodle's mission is to connect the next trillion things to the Internet. Nodle leverages Bluetooth Low Energy (BLE) via millions of smartphones and routers to allow enterprises and smart cities to connect IoT devices to the Internet at a low-cost while maintaining privacy and security. Nodle's decentralized wireless network is currently comprised of 5M daily active smartphones with 30 million IoT devices discovered daily in over 100 countries, moving approximately 100 GB of data.

Anyone with a smartphone can help build the network and get rewarded in Nodle Cash (NODL) for providing BLE connectivity to nearby devices and sensors.

The Nodle Network’s architecture and system design leverage what is called “The Smartphone Infrastructure,” utilizing smartphones as nodes and base stations for the network. The team at Nodle has developed an innovative way to grow the network through “Proof of Connectivity." Using this method, mobile application developers and consumers compete and participate in the network by enabling their smartphones to provide resources such as wireless radio and bandwidth, and in exchange for their contribution, get rewarded with Nodle Cash. 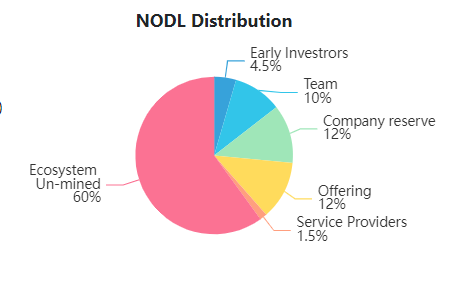 30% will be unlocked immediately when the Nodle parachain launches

10% extra rewards if you contribute in the first two weeks

BLACKDOT Joins the Nodle Network as a Strategic Network Contributor

Blockchain Tales: The Next Evolution of our Governance Model