Nanshan District is one of nine districts in the city of Shenzhen.

Nanshan District (simplified Chinese: 南山区; traditional Chinese: 南山區; pinyin: Nánshān Qū) is one of the nine districts comprising Shenzhen. It encompasses the southwest area of the Shenzhen Special Economic Zone, with a population of 1.08 million. In 2013, the district of Nanshan's local GDP output exceeded 320 billion RMB. The region has an established tourism industry and is home to several sightseeing locations.

It is known for being the home of Shenzhen High-Tech Industrial Park, which comprises some of China's largest technology companies and the establishments of well-known international companies, as well as being one of the nation's richest districts. 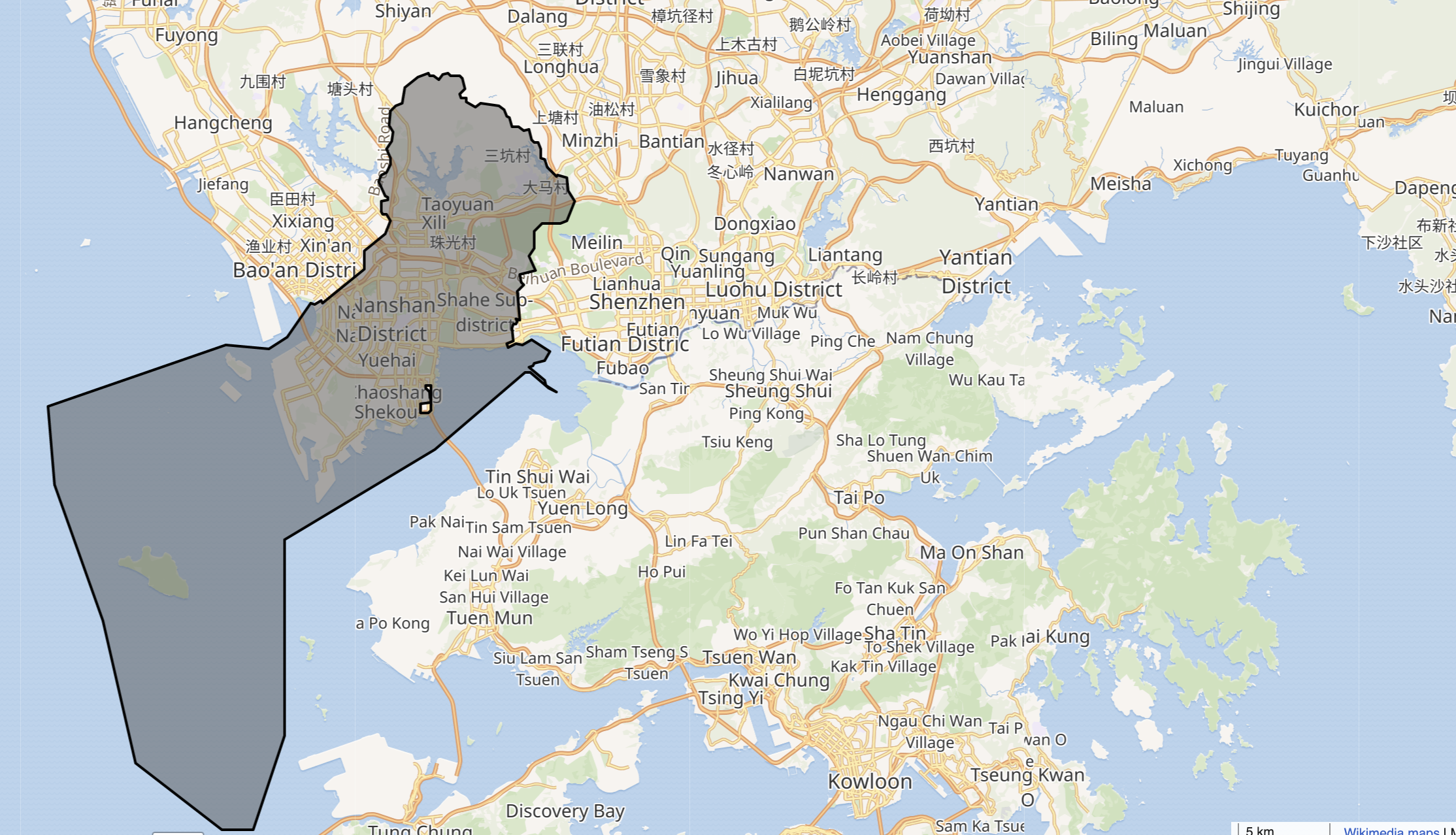 The Nanshan District is on the map.