Metalcore is a fusion genre of heavy metal and hardcore punk.

Metalcore is a fusion genre of music thatcombines elements of extreme metal and hardcore punk music. The genre is noted for its use of breakdowns and slow and intense passages, which allow listeners to mosh. Other instrumental qualities that tend to define the genre include heavy riffs, stop-start rhythm guitar playing, blast beats, and double bass drumming. Vocalists in the genre also typically use thrash or scream vocals, with some bands mixing in clean vocals with the scream vocals. The main differentiator of metalcore from other fusions of hardcore punk and metal is the emphasis of breakdowns and greater use of dissonance in metalcore bands.

Songwriting in metalcore tends to be structured linearly, consisting of aggressive verses and melodic choruses. As mentioned above, breakdowns are important to the genre as they invite listeners to mosh at live shows. With the progression and maturity of the genre, groups have begun to include guitar solos with their breakdowns, include a greater emphasis on technical guitar playing. The resulting sound tends to be polished, with lyrical content ranging from personal to political issues.

The beginning of the metalcore genre dates to the 1980s, when hardcore punk and metal scenes began crossing over, especially in the New York hardcore scene, which has been argued to have been the most influential for the genre. This scene saw bands such as Cro-Mags, Leeway, and Sheer Terror, who took inspiration from popular metal bands of the time and were the first to be given the metalcore moniker. But bands from the early 1990s, such as Starkweather, Ringworm, Earth Crisis, and Rorschach expanded the fusion in influential recordings.

These recordings would go on to shape the style and subgenre of metalcore defined by the style of "first wave" metalcore bands, such as Integrity, Rorschach, and Earth Crisis, which shared hardcore punk and metal influences near equally. Whereas in Europe, the genre came in part from a vegan straight edge scene in West Flanders, Belgium, which was spearheaded by bands such as Congress and Liar, both of which mixed aspects of death and thrash metal. Contemporaneously, in Bremen, Germany bands such as Acme, Systral, and Carol played a dissonant and fragmented metalcore style with hallmarks of influence from the music of Rorschach. This further led to the creation of metalcore subgenre, Mathcore, which was later popularized by bands such as Botch, The Dillinger Escape Plan, and Converge.

The early and mid 2000s brough the genre a more mainstream audience with bands increasingly using clean vocals and mixing in the influence of Melodic Death Metal, which have led some to play a subgenre of metalcore referred to as Melodic Metalcore. 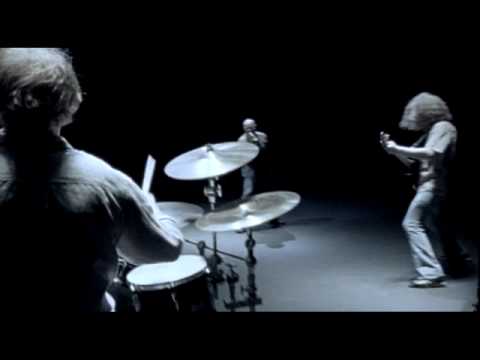 Killswitch Engage's The End of Heartache, a popular 2004 song from the metalcore genre.

The explosion of the genre in the 2000s saw bands like Unearth, Killswitch Engage, and All That Remains headline major festivals and bring the genre to the mainstream, with an explosion occurring around bands such as Atreyu, As I Lay Dying, Shadows Fall, and Bullet For My Valentine released albums that made it to the upper echelons of the Billboard album charts. The popularity of the genre spread globally, thanks, in part, to bands like the UK's Bring Me The Horizon, Germany's Caliban, Japan's Crossfaith, and Australia's I Killed The Prom Queen.

With the major explosion of popularity of the genre occurring in the 2000s, the genre has been often associated with a specific aesthetic, including skinny jeans, band t-shirts, and skater shoes. The early streetwear saw band shirts with bright neon monsters and colorful gore-filled logos and graphics. In the 2010s, many of the band artwork brought a change to these shirts, often incorporating a more minimalistic design. However, members of the genre have rejected the notion that there is a specific aesthetic to the genre, remarking rather that the bands have dressed in regular streetwear of the particular decade.