Where does Macy Barber come from? Early life and family

Macy Barber was born on May 18, 1998. , in Greeley, Colorado, USA . She was born to proud parents Bucky Barber and Maryann Barber .

Macy is one of her parents' six children. She is the second oldest.Bucky and Maryann Barber were passionate about almost all of their children's martial arts from an early age 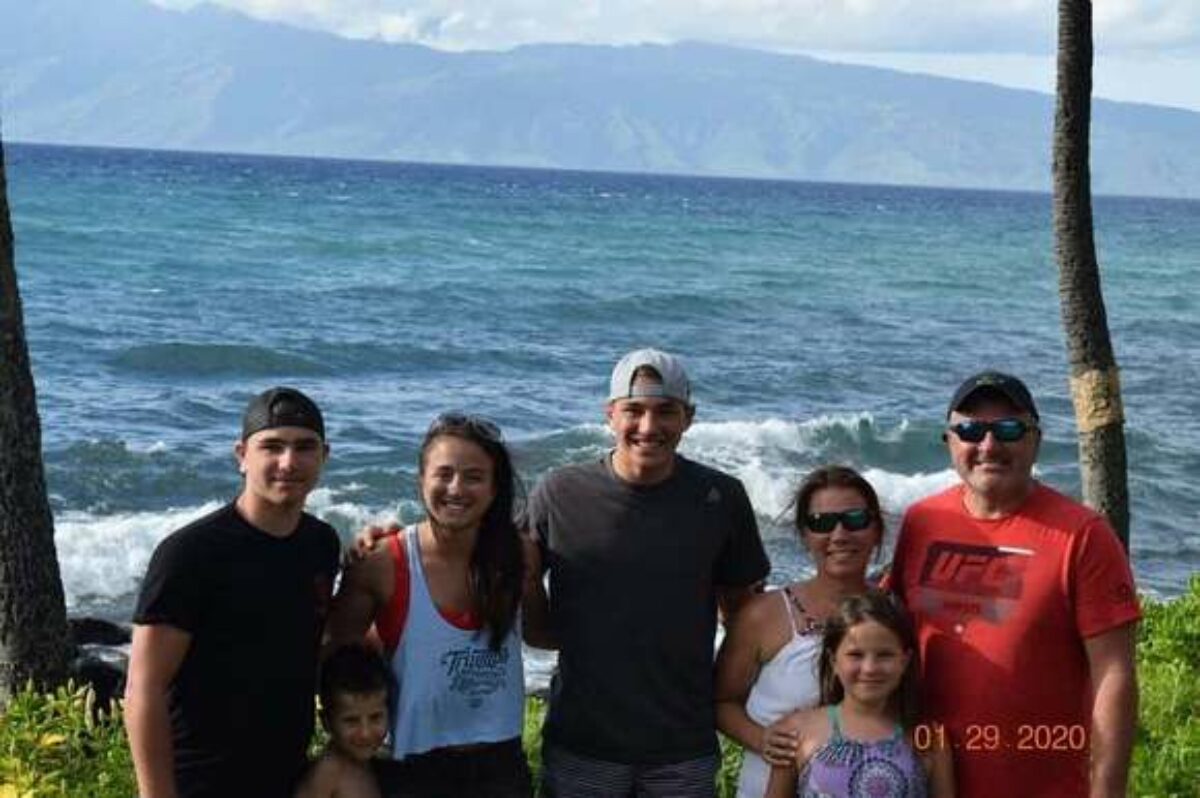 Macy started karate when she was three years old.In fact, she was qualified to teach adult martial arts by age 13 at their family's martial arts academy in Fort Collins, Colorado .

Bucky and Maryann wanted their children to be strong and tough, but it never occurred to them to push them to make it their profession.

Macy let her parents know how much she wanted to be a UFC fighter when she was only 13 or 14 years old.

They couldn't answer gracefully because they never wanted to see their young daughter get punched and kicked.

They introduced their children to MMA for self-defense. Nevertheless, they supported it with all their heart, finding that their daughter's happiness lies in those punches and kicks.

Macy's family | They made it a family affair.

The family came to the conclusion that Macy had to get the best out of her training because the better she trained, the fewer punches she would get.

Macy's parents drove her around the United States looking for opportunities and new methods.

They were so passionate about making Macy the best they had. Fort Collins to Albuquerque, New Mexico , Every subsequent week.

Macy trained with Greg Jackson and Brandon Gibson in New Mexico.They tried their best to connect Macy's fate with Matt Hume, who is considered one of the best MMA trainers. 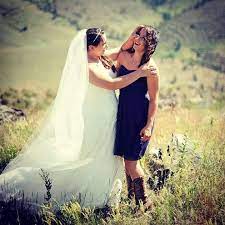 Macy was involved with Team Alpha Male. Her parents forced her to meet and learn from Ryan Schultz and Matt Pena, Mark Montoya and Izzy Martinez, and who not.

The theory of "meeting and learning from everyone in the company" worried some coaches.

Bucky Barber, however, didn't care what an outsider had to say. He stuck to his idea that they should do what they could for their daughter's well-being.

He once said he would gladly close his business and move halfway across the country if it would help his daughter.They say no one could have raised a girl better than a feminist father.

Bucky Barber is really a father and a feminist at the same time.If it wasn't for Bucky and Maryann, Macy wouldn't be a champion today.

Macy and family | the team that landed her in the seats. Barber has trained with many trainers. Her father calls her a Bruce Lee martial arts master who demands a little from everywhere.

He thinks his girl has trained enough, and contacting the same trainer over and over again might block her cognitive abilities.

She has done two or three reps with a high black belt. Hence, meeting new people and their ideas would help her best.

In fact, it was more like Emma learning secondhand after she adapted from the videos.

You may also be interested in reading: Vicente Luque Biography: MMA career, family, fortune and wiki .

Then there was a transition

Bucky and Maryann had to close their martial arts academy and move to Milwaukee, Wisconsin . They did this to support Macy and her younger brother Wyatt.

What's the State of John Elway .

The Barber siblings then took up elite coaching. Macy trained with Mark Montoya at Factory X.

What's more, the family went from an MMA academy to a coffee shop. Found one on sale online and picked it up.

Macy was supposed to be the MMA champion. It wasn't just for her, but for the entire Barber family.

Her brother, Wyatt Barber , is currently signed to Bellator MMA. Bellator MMA is an MMA promotion in Santa Monica, California.

Barber started wrestling professionally at the age of 19, winning one amateur fight. She won that fight in 20 seconds.

She then became associated with Legacy Fighting Alliance (LFA) . Macy hit 4-0 with three stoppages.The UFC then gave her the opportunity to compete in Dana White's Contender Series.

In the series, Dana White, the current president of the UFC, seeks out talented mixed martial arts fighters who have been seen in the UFC.

Macy fought Jamie Collin on July 17, 2018, as part of Dana White's Contender Series. She was awarded a contract with the UFC after being stopped in the third round of a feud.

You can also read about: <>

In the second round, she won by technical knockout (TKO).

She then fought against J.J. Aldrich at UFC Fight Night: Thompson vs. Pettis on March 23, 2019, . Barber again won by TKO in the second round.

Similarly, she faced Jillian Robertson on October 18, 2019, , on UFC on ESPN 6. She again won the bout by first-round TKO.

She then fought against Roxanne Modafferi on January 18, 2020. , at UFC 246. Unfortunately, this time Barber lost the fight by unanimous decision of the judges. She suffered her first professional defeat in this fight.

Macy Barber had to take almost a year off due to a knee injury. After a year, she finally recovered and returned to the Octagon in 2021.

On February 13, 2021. Barber faced Alexa Grasso at UFC 258. Unfortunately, she lost the fight by unanimous decision of the judges. However, her fans and well-wishers are very happy to see her again.

You can see Barber's career stats on the UFC stats page

Barber had to give up everything because of an injury. It was a complete tear of the anterior cruciate ligament in her left knee.

It was reported that she was injured in the first round of her fight with Roxanne Modafferi. She was seen stepping awkwardly on Modafferi's foot.

Barber was expected to be sidelined for nine months because of the injury.But it ended up shutting her down for 11 months. 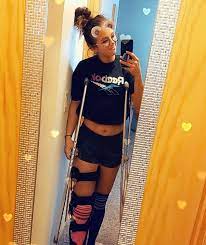 Macy Barber during a knee injury.

The delay could have been increased by the Covid-19 outbreak as well. According to her father, he must have hurt himself in the first 10 seconds.

However, she was able to resume the fight.The Nevada State Athletic Commission doctor examined her knee between the second and third rounds of the fight.

He said it was a small partial tear of the anterior cruciate ligament. But the consequences were extremely unfavorable.

You can find the latest news and highlights regarding Barber at the Sherdog Site.

Barber has just begun her MMA career. There are a lot of opportunities waiting for her, and then there's the money. She really has a long way to go. As of 2021.

In her 20s, Barber is living a decent life with a personal income.

Macy Barber is not currently dating anyone. She is a very healthy person and likes not to get involved in her professional life.

Likewise, there is no news of her dating or any past affairs. She has been a good keeper of secrets, if she has any, since we don't seem to find any at all.

Barber is also not involved in any controversy or rumors. She seems to want to focus entirely on her career rather than her romantic relationships.

Her thoughts and time are mostly occupied with training, matches, workouts and other basic things. However, we really hope she finds someone special to spend time with.

Indeed, as she gets older, Barber will probably be there for her. Well, if there's any information about her personal life in the future, we'll be sure to let you guys know about it.

Barber is quite active on her social media. You can follow her at these links:

How good is Macy Barber?

Macy Barber is an amazing fighter for someone her age. She aspires to become the youngest champion in UFC history.

Currently, the title belongs to bantamweight champion Jon Jones. He won the belt when he was 23 years old.

She has been involved in MMA for over a decade. This girl has an extraordinary determination to succeed. She would certainly make her parents proud.

When did Macy Barber tear her ACL?

Macy Barber suffered a complete tear of the cruciate ligament in her left knee during her first round decision loss to the judges. Roxanne Modaffery at UFC 246.

She even underwent knee surgery to repair the damage. This was Macy's last fight of the 2020 season. However, she has recovered well and is back in action for the 2021 season.

How much is the Maycee Barber UFC 258 fight bag?

Which weight class is Maycee Barber in?

Maycee Barber is in the lightest weight class.

What song was the song at the Maycee Barber Vs. Alex Grasso at UFC 258?

Did Ben Askren train Maycee Barber to fight in the UFC?

Ben Askren trained Macy Barber during her fight at UFC 246 against Roxanne Modaffery . For those who don't know, Ja Askren is an American professional mixed martial arts fighter and amateur fighter.

He was a former Bellator champion and one of the welterweight champions. In addition, he also represented the United States at the 2008 Beijing Olympics and was a two-time NCAA champion