Who is Matthew Goode?

Matthew Goode is an English actor. He began his career with the 'Goya Award'-winning Spanish film ‘Al sur de Granada.’ Matthew was not always interested in acting. Even though he grew up as an active stage artist, at a point in his life, he had quit acting, as he had developed stage fear. Matthew had then moved his focus to sports. He returned to acting after being persuaded by his dramatics teacher. After he became a mainstream actor, Matthew worked in numerous successful projects. Some of the roles he has played to date are those of real-life personalities. With several nominations and two awards, Matthew has made a name for himself in the industry.

Matthew William Goode was born on April 3, 1978, in Exeter, Devon, to Anthony, a geologist, and Jennifer, a nurse. He was raised in the small village of Clyst St. Mary in Devon. He is the youngest in the family. He has a brother named James. He also has two half-brothers and a half-sister, Sally Meen, who is a popular TV presenter.

Matthew attended the 'Exeter School, where he studied geography, dramatics, and English for A-levels. He initially wanted to become an archeologist, but his drama teacher encouraged Matthew to continue studying theater. Matthew was the head chorister of the prep school choir group.

Under his drama teacher’s mentorship, Matthew got rid of his stage fear. He then decided to make acting his career. He later studied drama at the 'University of Birmingham' and was then trained at the 'Webber Douglas Academy of Dramatic Art in London.

Matthew began his acting career through theater. In 2001, he played ‘Ariel’ in the revival of Shakespeare's 'The Tempest.' He was also credited as the moon in 'Blood Wedding' by Federico García Lorca. Both the plays were staged at Colchester's 'Mercury Theatre.

In 2002, Matthew made a transition to the mainstream entertainment industry. He was cast as ‘Caspar’ in the TV movie 'Confessions of an Ugly Stepsister,' which was based on Gregory Maguire's novel of the same name. The following year, he made his film debut with 'Al sur de Granada.' Matthew essayed the role of real-life personality Gerald Brenan, a British writer who authored the 1957 autobiographical book 'South from Granada.' The book served as the premise of the film.

Matthew was cast opposite Mandy Moore in the 2004 romantic comedy 'Chasing Liberty.' He played ‘Ben Calder,’ a ‘Secret Service’ agent appointed by the president of the United States to guard his daughter, ‘Anna Foster,’ played by Mandy. Matthew earned two 'Teen Choice Award' nominations for the role.

Matthew had a brief recurring role (two episodes) in the 'BBC' series 'He Knew He Was Right,' based on the Anthony Trollope novel of the same name. Following this, he portrayed ‘Adrian Veidt/Ozymandias,’ a negative fictional character from the graphic novel miniseries 'Watchmen' by Alan Moore and Dave Gibbons, in the film version that released in 2009. Initially, director Zack Snyder had approached Jude Law for ‘Ozymandias,’ but he later thought that Matthew’s "big and tall and lean" physique would be more appropriate for the character. Matthew worked on his accent, as his character spoke in two different accents: German in private and American in public.

He was next seen in the 2001 released drama film 'Burning Man.' The film revolved around his character ‘Tom,’ a British chef in a Bondi restaurant, always found confronting his boss, with other people around him tolerating his temperament. The performance earned Matthew three ‘Best Actor’ nominations, one each for the 'Film Critics Circle of Australia Award,' the 'Australian Film Critics Association' award, and the 'Australian Film Institute' award.

Matthew played the lead role of ‘Captain Gray’ in two episodes of the two-part British drama 'Birdsong,' which was an adaptation of Sebastian Faulks’s 1993 war novel of the same name. Matthew received the 'Fangoria Chainsaw' award for the ‘Best Supporting Actor’ for his performance as ‘Charlie Stoker’ in the 2013 psychological thriller drama film 'Stoker.'

in 2014, Matthew earned a 'Satellite Award' nomination for his role of ‘Stanley Mitchell,’ a music journalist helping publicize a black jazz band, in the drama 'Dancing on the Edge'.

Matthew was seen as Hugh Alexander, the real-life Irish-born British cryptanalyst who, along with his team, had been on a mission to decrypt the ‘Enigma’ machine, that the ‘Nazis’ used to transmit coded messages, in the 2014 period drama 'The Imitation Game.' He shared the 'Palm Springs International Film Festival Ensemble Cast Award' and nominations for the 'San Diego Film Critics Society' award and the 'Screen Actors Guild Award' with the cast.

Matthew was a series regular for 28 episodes in the 'CBS' legal and political drama 'The Good Wife.' His character, ‘Finley "Finn" Polmar,’ the Assistant State's Attorney, was introduced in the 15th episode of the fifth season.

Matthew played ‘Henry Talbot,’ one of the suitors of the character ‘Lady Mary Crawley,’ played by Michelle Dockery, in seven episodes of the 'ITV' historical period drama series set 'Downton Abbey.' In 2017, he shared a 'Screen Actors Guild Award' nomination for ‘Outstanding Performance by an Ensemble in a Drama Series’ with the cast. Matthew will reprise the role in the film version directed by Michael Engler, which is scheduled to be released in September 2019 in both the UK and the US.

In 2018, Matthew earned two ‘Best Guest Actor’ nominations, one each for the 'Gold Derby Award' and the 'Primetime Emmy Award,' for his role in the historical web drama 'The Crown.' His character was inspired by real-life British photographer and filmmaker Antony Armstrong-Jones.

Matthew got married to Sophie Dymoke in 2014. He had met Sophie through a mutual friend in 2005. The couple has two daughters, Matilda Eve Goode and Teddie Eleanor Rose Goode, and a son, Ralph Goode.

Growing up, Matthew played hockey and cricket for his county/school. By 14, he had developed a huge passion for golf.

University of Birmingham
Edits on 1 Jan, 2017 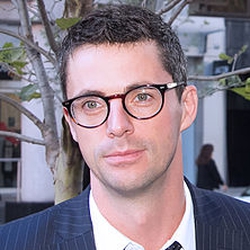