Kateryna Winterbottom edited on 31 May, 2022
Edits made to:
Infobox (+1 properties)
Infobox
Spouse 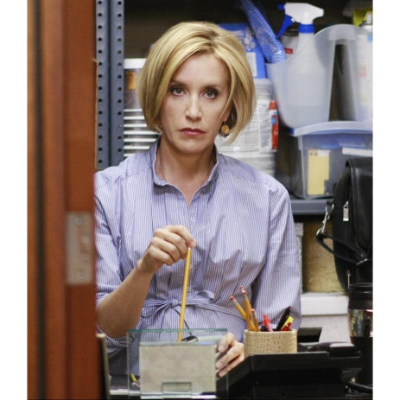 Lynette Scavo is a fictional character on the series Desperate Housewives. The character is played by actress Felicity Huffman, who won the Emmy Award for Outstanding Lead Actress in a Comedy Series for the role in 2005, and was nominated for Golden Globe Award for Best Actress – Television Series Musical or Comedy for 2005 to 2007.

While show creator Marc Cherry based Bree Van de Kamp's family on his teenage years, he based Lynette's on his childhood life. Other actresses who claim to have auditioned for the show include Alex Kingston, who was apparently turned down for being too curvy.