Lily Luahana Cole (born 27 December 1987) is a British model, actress and entrepreneur. Cole pursued a modelling career as a teenager and was listed in 2009 by Vogue Paris as one of the top 30 models of the 2000s. She was booked for her first British Vogue cover at age 16, named "Model of the Year" at the 2004 British Fashion Awards, and worked with many well-known brands, including Alexander McQueen, Chanel, Louis Vuitton, Jean Paul Gaultier and Moschino. Her advertising campaigns have included Longchamp, Anna Sui, Rimmel and Cacharel.

Cole's first leading role as an actress was as Valentina in the 2009 film The Imaginarium of Doctor Parnassus. Her other film work includes Passages, a short directed by Shekhar Kapur, and There Be Dragons directed by Roland Joffé. In 2013, Cole founded impossible.com, an innovation group and incubator (previously a gift economy social network, now renamed Impossible People).

Cole was born in Torquay, Devon, to Patience Sandra Owen, an artist and writer, and Christopher James Cole, a fisherman and boat builder. Her mother is Welsh. She and her sister were raised by their mother in London.

Cole attended Hallfield Primary School, the Sylvia Young Theatre School, and St Marylebone School. At Latymer Upper School, where she completed her sixth form studies, she achieved A grades in her A-levels in English, politics, and philosophy and ethics.

She gained a place to read Social and Political Sciences at King's College, Cambridge in 2006, deferring entry twice. In 2008 she switched to history of art and graduated in 2011 with a double first. 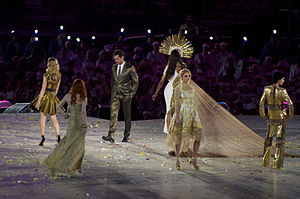 Cole was photographed in 2001 at age 13 by fashion photographer Mariano Vivanco. According to the Evening Standard in 2004, her modelling career began in 2003 when she was approached in the street by Benjamin Hart of Storm Models. She signed with Storm and in 2003 was photographed by Steven Meisel for Italian Vogue. Her distinctive red hair attracted significant media attention. At the 2004 British Fashion Awards, she was named "Model of the Year".

Cole worked with many prominent photographers, including Craig McDean, Nick Knight, Juergen Teller, Arthur Elgort, Irving Penn and Tim Walker. She has appeared on the covers of Playboy in France, Vogue, Citizen K, and V, among others. She featured on Vogue's "best dressed" list in December 2005, and had cover appearances on Numéro and Interview.

She modelled on the international runway circuit and at many fashion shows on behalf of Chanel, Shiatzy Chen, DKNY, Jean Paul Gaultier, Versace, Alexander McQueen, Jasper Conran, John Galliano and Louis Vuitton. She was nominated, for the second time, for the "Model of the Year" award at the 2007 British Fashion Awards. In December 2009 she was listed by Vogue Paris as one of the top 30 models of the 2000s. Cole made a cover appearance on the January 2010 issue of the Canadian Elle and opened Hermès's winter 2010/2011 collection at Paris Fashion Week in March.[citation needed] Towards the end of 2010, she featured in a documentary chronicling the career of Rolf Harris in which he painted her dressing up as Titania from A Midsummer Night's Dream. Cole has additionally graced the covers of Vogue (UK, Russia, Korea), Harper's Bazaar (UK, Japan, Korea, Thailand, Russia, Ukraine, Taiwan, Turkey) and i-D. 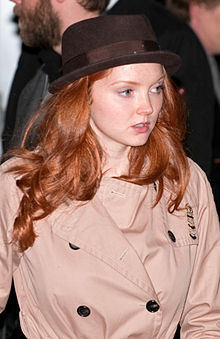 During the Closing Ceremony of the 2012 London Olympics, Cole was one of the British models wearing fashions created by British designers specifically for the event

Lily Cole was born in Torquay.