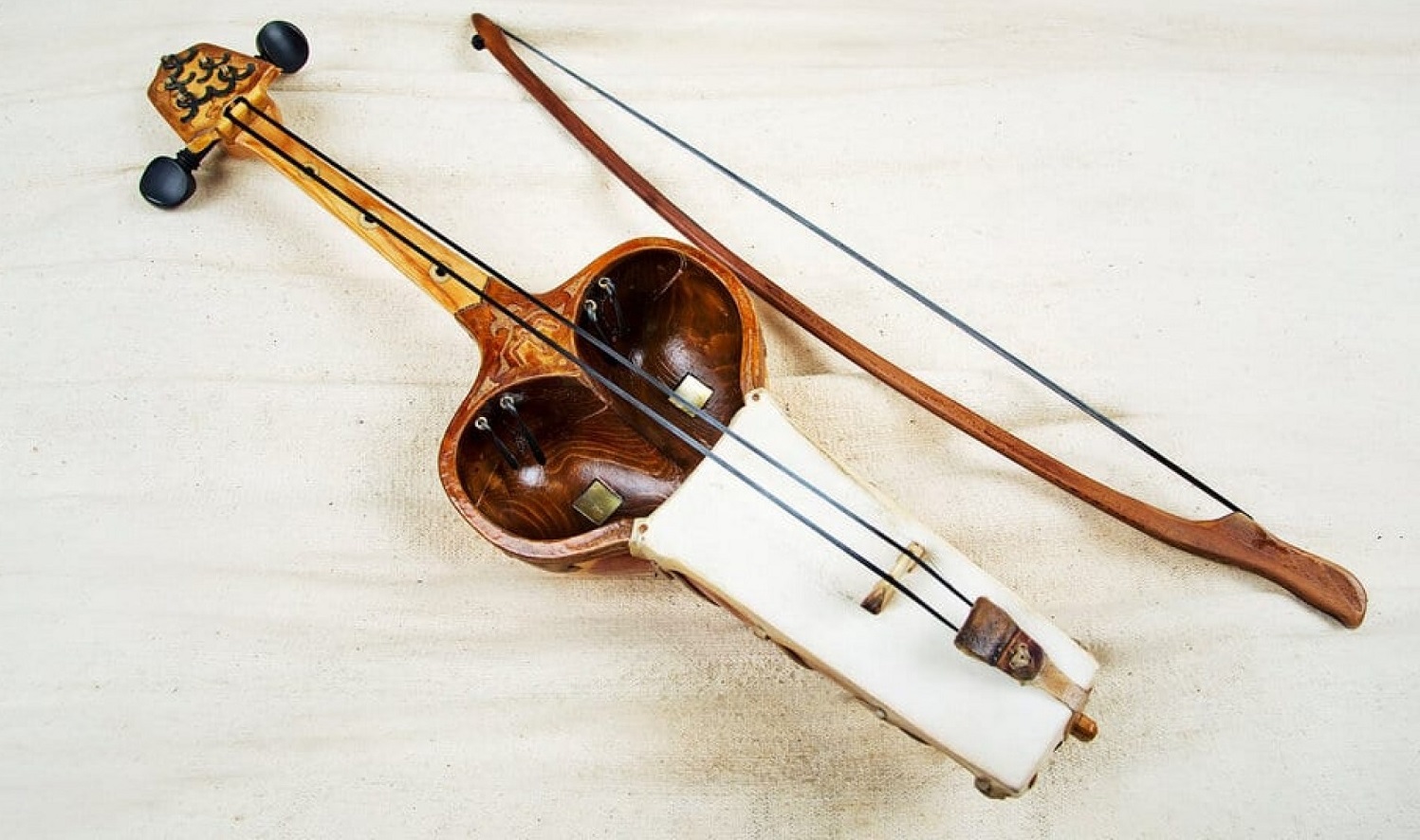 Scientists B. Sarybaev, N. Findeizen, V. Vinogradov came to a common opinion that the term "kobyz" means a musical instrument

Kobyz has a double bucket body, a short, arched neck and a large flat head. The body is usually made of walnut, birch, pine, juniper. It consists of a hollowed-out double hemisphere, to which a handle is attached from above, and a stand from below. Part of the body is covered with a camel skin membrane. Two strings are twisted from twisted horsehair. The total length of the instrument is 60-73 cm.

In ancient times, the instrument was completely made from a single piece of wood. An oblong-bucket-shaped body made of a single dug-out piece of birch is connected to a neck with a figured head with pegs. Deca made of calfskin semi-open. Strings of untwisted horsehair. The bow also uses horse hair. Range - 2.5 octaves. There are 2 types of Kyl-kubyz - with a straight neck and with an onion-shaped neck. The instrument is approximately 650-800 mm long, rests on the floor with a long pin coming out of the body or is held by the knees of the performer.

They play the kobyz with a short bow, squeezing it in the knees (like a cello). This instrument was used in ancient times by the steppe baksy (shaman-healers) for various rituals.

There is a bass version of the instrument - the double bass-kobyz, introduced into the orchestra of Kazakh folk instruments by Professor Akhmet Zhubanov.

According to scientists, in ancient times, in V-VIII, kyl-kubyz used baksy (shamans) to exorcise spirits in the treatment of patients, performing ritual songs harnau (harnau). This is described in the famous "Kitabi-Dede-Gorgud", which is a common language for the Turkic-Oguz clans and tribes (ancestors of the Turkmens, Azerbaijanis, Turks). Kurkut is not only the creator of this musical instrument, but also the first performer who conveyed to people the secrets of the mysterious melody. An ordinary person not only was not supposed to play it, he was even forbidden to touch the instrument. With the adoption of Islam, the game of kyl-kubyz gradually fell into oblivion. The mention of the instrument is found in the Bashkir epic "Zayatulyak menen Khyukhylyu".

The use of kobyz in shamanistic rituals became a convenient excuse for expelling the instrument from the new civilized world as a relic of the dark past. As a result of the excommunication of the instrument from the modern world, at the beginning of the 20th century, new kui were no longer composed for this instrument. Family traditions of playing the kobyz, passed down from father to son, began to be interrupted. Ykhlas Dukenov, is considered the last bearer of the kobyz school, he was born in the middle of the 19th century. 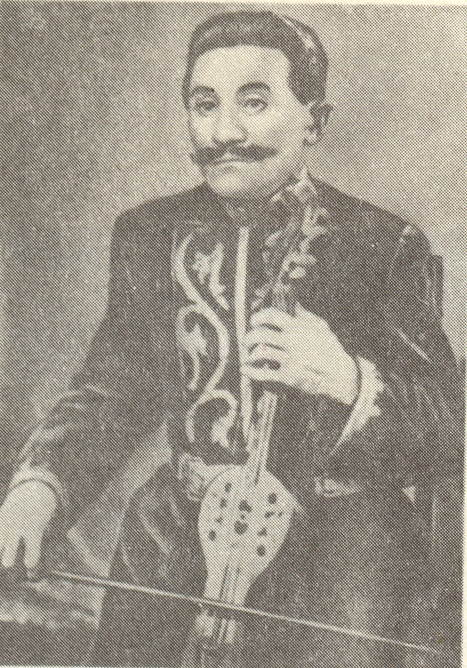 The legendary creator of kobyz is the Turkic songwriter and composer of the 9th century Korkyt. Famous Kazakh performers are Zhappas Kalambaev (1909-1970) and Daulet Myktybaev (1904-1976). They became the first teachers at the Almaty Conservatory in the class of kyl-kobyz, which opened in 1968. Fatima Balgayeva became the author of the original technique of playing the kobyz, which includes elements of violin and cello sound production.

In the early 90s of the XX century, with some changes, Kyl-Kubyz was restored by the Honored Worker of Culture of the Republic of Belarus R. M. Galimov, improved by I. M. Mirkhaydarov, V. Sh. Shugayupov. In 1994, a kyl-kubyz class was opened at the Ufa Art School (UUI). The instrument is made in the workshop at the Ufa Academy of Arts named after Zagir Ismagilov. Since 2006, the performance on Kyl-Kubyz has been included in the program of the Republican Kura Competition for the Yumabai Isyanbaev Prize. At present, varieties of kyl-kubyz are occasionally found among the Gainin Bashkirs of the Perm Territory. The National Orchestra of Folk Instruments of the Republic of Belarus contributed to its renaissance, improvement and popularization.