Kazakhstan is located in the centre of the Eurasian continent and it’s the biggest landlocked country in the world.

The Republic of Kazakhstan is located almost in the middle of the Eurasian continent. Kazakhstan shares borders with the Russian Federation in the north, north-west and north-east, with China in the south-east, with Uzbekistan in the south-west, and with the Kyrgyz Republic in the south. The area of the country within its present borders is 2,794.9 thousand square kilometers. By its administrative-territorial structure, Kazakhstan is divided into 14 regions and 3 cities of national significance. The cities of national significance are Nur-Sultan (the capital of the country), Almaty and Shymkent, which have a population of over 1,000,000 people. As of the beginning of 2019, the population of Kazakhstan was 18.7 mln people. 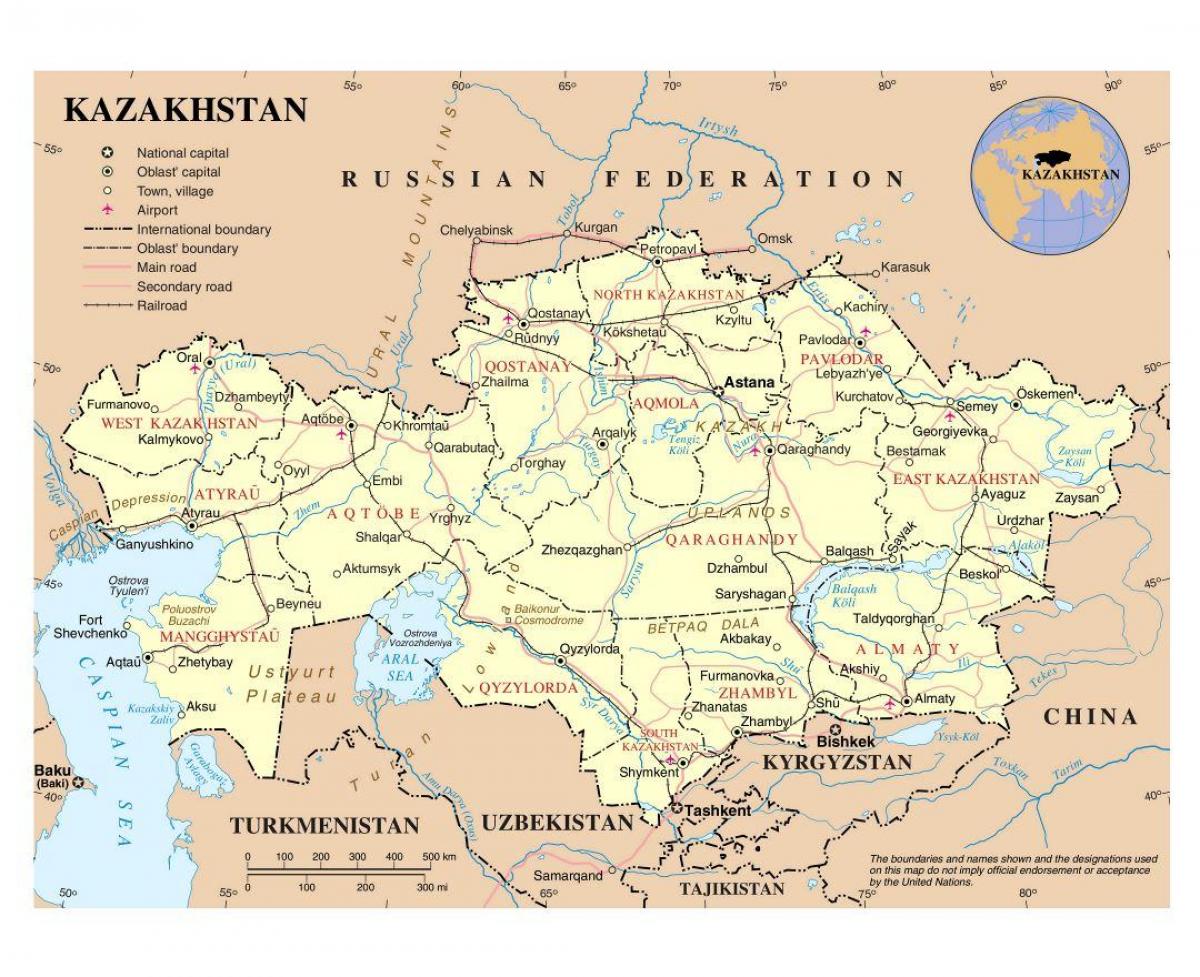 Kazakhstan is a land of complex and various terrains: about 10% of its territory are high mountains, the rest

of the territory are lowlands, plains, plateaus and highlands. The terrain of the south-west, north, and central

regions is mainly flat with small altitudes up to 200-300 m above sea level. There are mountains in the

southeast region of the Republic. Their peaks are 5-6 thousand meters above sea level. The highest point of

Kazakhstan is located in the Tian Shan mountain system, it is Khan Tengri peak (its height is 6995 m). Inland basins (Caspian Sea, Aral Sea, Lake Balkhash), deep depressions and dry basins are common in the terrain of Kazakhstan

north and south regions, and central, west and east regions as well. This heterogeneity is more noticeable

anticyclone. In summer, thermal depression is formed in the territory of Kazakhstan, because of the warming

of the underlying surface. In the mid-seasons, south cyclones pass through the territory of Kazakhstan, and

they determine the weather changeability.

treasure of the republic. Some of these mineral resources make Kazakhstan famous in the world. They

Kazakhstan takes first place in the world on developed reserves of zinc, tungsten, and barytes, the

molybdenum reserves, and it is among the top ten countries with the largest gold reserves.

Kazakhstan ranks 13th position in the list of countries with developed oil reserves.

The mining sector provides over 30% of GDP and constitutes over 60% of industrial production.

The oil sector is the most important segment of the country’s economy. The share of the oil sector

comprises almost 25% of the general structure of GDP.

Almost 70% of all export of the country in value terms is the export of oil and gas condensate, a significant share

of the tax on extraction of mineral resources (85%). One of the most important resources of Kazakhstan is groundwater. 2905 groundwater deposits and groundwater sites for different purposes have been developed in Kazakhstan.

Kazakhstan unrest: 'If you protest again, we'll kill you'