In the same month, she presented a collaboration with the fashion brand For the Memory of a Lifetime — pink and white sneakers of the brand Orgasm with her silhouette.

In the same year, she recorded the song "Bear" with the group "Vulgar Molly". The song was released in the form of a music video on December 20, 2019 and later included in the mini-album "Vulgar Molly" PAYCHECK, which will be released on the Warner Music Russia label on February 19 next year.

In 2020, the singer was nominated in the top thirty most promising Russians under 30 according to Forbes[28] and became one of the three winners in the Music category

On February 1, 2019, Kischuk began her solo career. In the same month, the media reported that she was no longer not only a member of Silver, but also an artist of the Malfa label in general - Maxim Fadeev terminated his contract with her. In addition, according to press reports, the girl lost her Instagram account with more than a million subscribers, which was transformed into a collective account of the group "Silver" and transferred to new members.

Taking the pseudonym KATERINA, on April 12, the singer presented her debut solo single - the song "Intro"[14][15], a piano ballad [15] with elements of ambient and ethno [16]. At the same time, the video premiered on YouTube

In 2016, I heard about the casting for the group "Serebro" announced after Daria Shashina's departure for health reasons and took part in it. In April, the results were announced — she won.

Ekaterina Sergeevna Kischuk, better known as Katya Kischuk and under the stage name KATERINA— is a Russian singer, a former member of the band Serebro.

In 2020, she entered the ranking of the 30 most promising Russians under 30 according to Forbes. 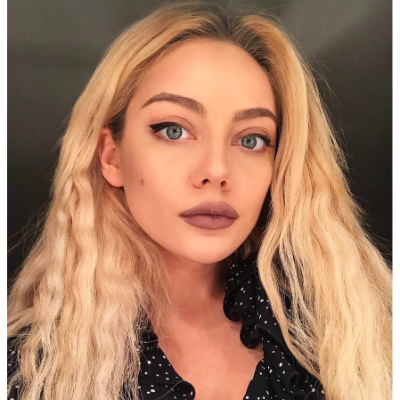