Welcome to the colourful playground of Karafuru. A collection of 5,555 toys to adopt. Created by @museumoftoys_ and @WD_Willy.

Welcome to the colourful playground of Karafuru. A collection of 5,555 toys to adopt.

12 OFFICIAL CHARACTERS FROM THE KARAFURU UNIVERSE!!!

the characters will have over 1000+ possible combinations of traits!

leave your reality behind and immerse yourself in a magical world where colours reign supreme.

IKAI Your friendly robot companion. Ikai is the best at

everything he does, which is a little annoying.

GOJI A Godzilla on the playground! No, it’s a dragon! Don’t worry. If you look closely, it’s just Goji inside a costume.

KU'ROI Kuro’i doesn’t know all the latest fashion, she invented them. She won’t be caught dead in anything last season—in her home planet or in this one.

SHI'RAI You can find Shi’rai on the ground talking to the grass or the crickets or the rocks. It’s fine. Sure it’s a little strange, but he’s just curious.

OTAN The most loyal companion in the playground. Otan is the perfect partner in crime. The Bonnie to your Clyde.

UZACHI This little firecracker sure packs a punch. Don’t annoy her or you’ll never hear the end of it. Unfortunately, everything annoys her­—especially Mosu.

FUTO Futo likes to eat. He doesn’t like much of anything else. Nothing bothers him, nothing excites him. Most of the time, he just stands there with his snacks.

KUYAKU Chill is not in Kuyaku’s dictionary. Everything excites him—or unnerves him; either way, he’ll match your energy and multiply it by ten.

EGAO Egao is the coolest cat in school, and he knows it. On the basketball field or in class, he is dripping charm from head to toe.

KIBA Watch out for the king of the playground. Kiba doesn’t care who you are—he’ll play pranks on just about anyone.

MOSU The baby of the bunch, Mosu is here to have fun. Whether he’s hanging out with his brothers Kiba and Egao or bickering with Uzachi, this little guy is all smiles. Life is always good when you’re with Mosu. 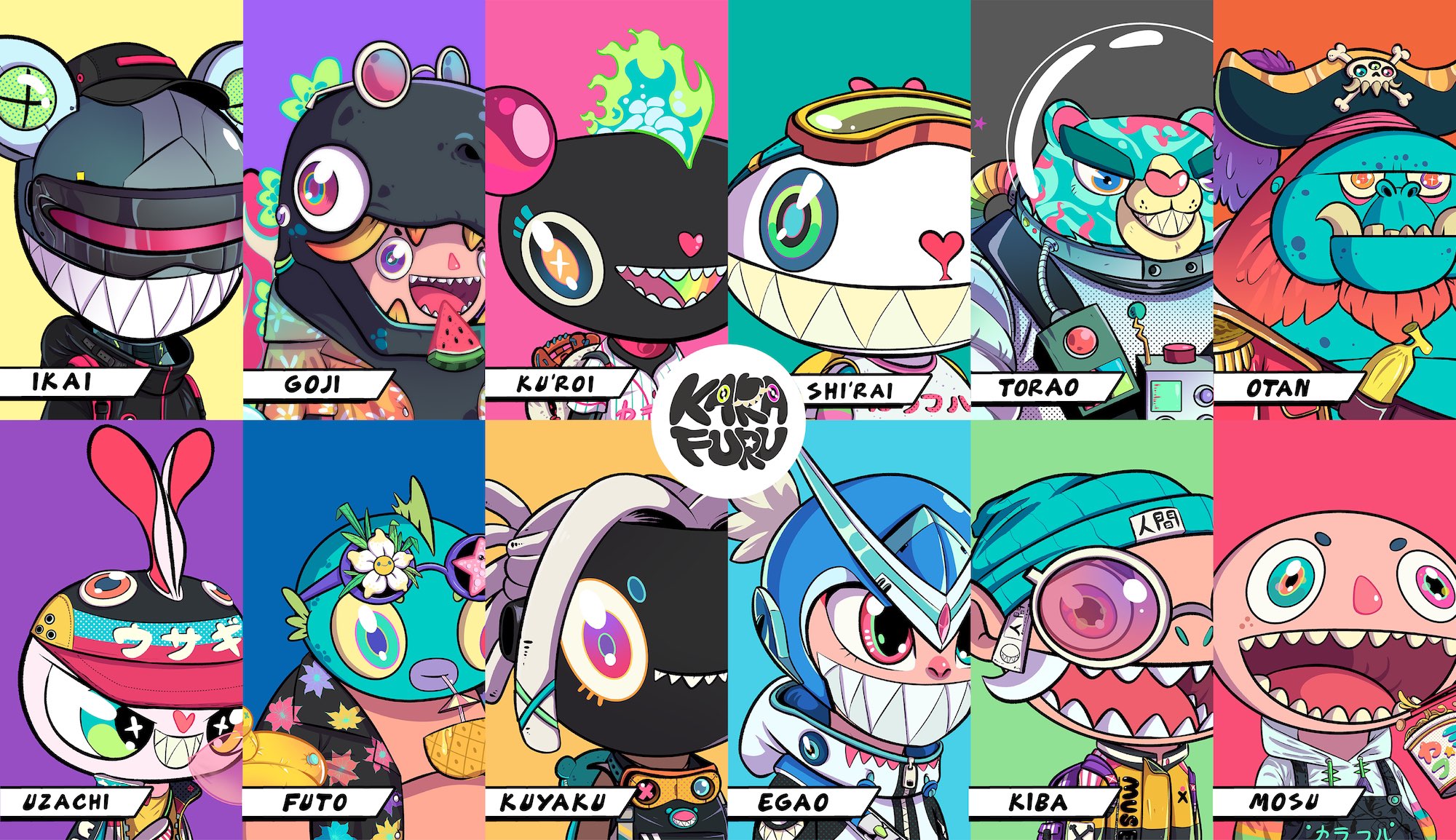 KARAFURU NFT Review: The Next Hyped Project That Will EXPLODE