A feature extraction technique in signal processing which can be considered a generalization of principal component analysis (PCA), used frequently for the problem of blind signal separation.

This concept can be more simply understood with the so-called cocktail-party problem, which deals with the difficult task of distinguishing between two original speech signals (i.e. two people talking independently of each other) when the signals are mixed together. Imagine that you are in a room where these two people are speaking simultaneously and being recorded by two microphones in different locations, with the microphones able to record time signals consisting of the amplitudes of the sound recordings and the time index. The goal of ICA, then, is to determine the original speech signals (see Figure 1 below) of the two people using only the mixed speech signals (see Figure 2 below) recorded by the two microphones. 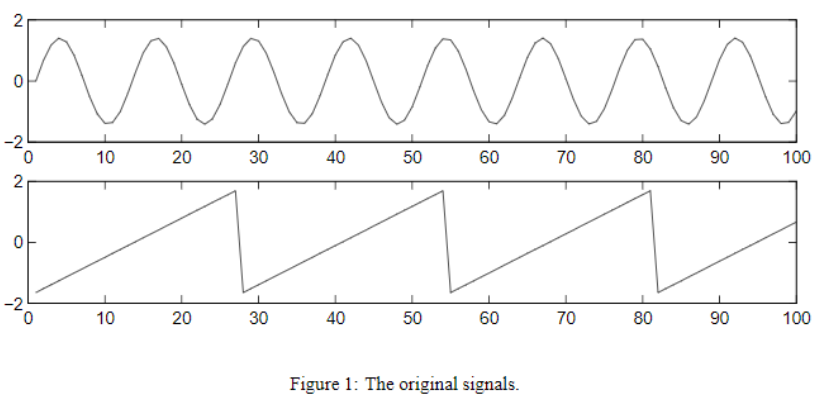 ICA works by assuming that the mixed signals are made up of additive subcomponents which are non-Gaussian signals and statistically independent from each other. In other words, each subcomponent is treated as a random variable rather than a proper time signal.

While ICA was originally developed to solve problems like the cocktail-party problem, it has since been found that the technique has many more applications than first anticipated. Some of these include: