Hum in Croatia: The Smallest Town in the World!

The lovely town of Hum in Istria is considered to be the smallest town in the world, and with a population of only 20 to 30 inhabitants, it is actually really tiny. But not only the small size of Hum is unique in Croatia, also the medieval townscape enchants its visitors! While strolling through the historic stone alleys, past the ancient town houses and churches, one feels like travelling back in time. Moreover, in Hum you have the opportunity to taste many of the regional delicacies in a unique setting. An experience that you should not miss.

In this travel guide you will learn everything important about little Hum in Croatia. We will show you which attractions await you when you visit the “smallest town in the world”. Additionally, we will provide you with lots of tips and information that will help you plan your trip.

Why is Hum the smallest town in the world?

Hum in Croatia is officially the smallest town in the world. With a population of about 20 inhabitants, this micro town has an urban structure consisting of a town wall, a town gate, a cemetery, 2 churches, a restaurant and some residential buildings and is therefore acknowledged as a town. Even the old custom, where, since the 16th century the municipal council has been elected once a year in June, was reintroduced in 1977 and is still very much alive today. 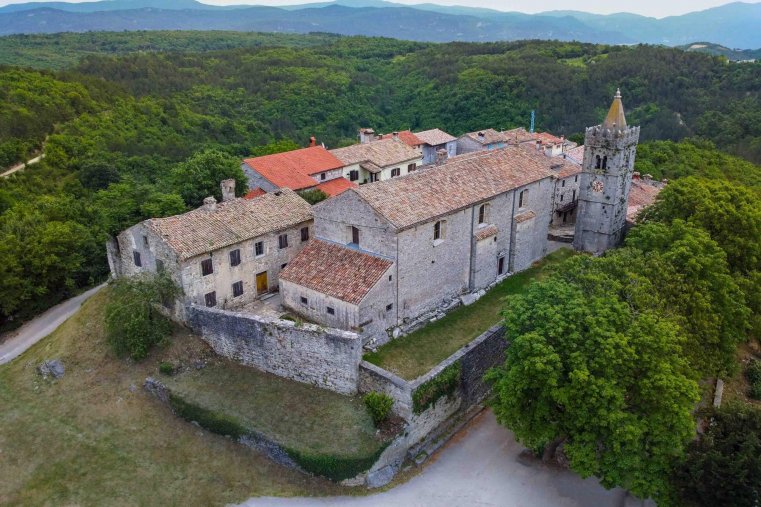 The history of Hum

Hum has got a very long history. Already in early Christianity, the first settlement was established on the hill where Hum stands today. However, the present appearance was significantly shaped in the 11th century, when the first rows of houses were built. In 1102 the town was first mentioned in documents as “Castrum Cholm”.

Also, Hum is considered to be one of the oldest centers of Glagolitic writing, the oldest Slavic script, which had been used until the beginning of the 19th century. These historical scripts can still be discovered today at the old town gate.

What to see and what to do in Hum

There are actually some really lovely things to do in Hum. The beautiful attractions can be explored on an entertaining walk through the charming little town, which actually consists of only two small streets and three rows of houses. Entering the town, you pass the old town gate decorated with copper plates, which was built between the 11th and the 12th century. With the Glagolitic inscription one is greeted and warned against bad intentions.

One of the most beautiful attractions is the baroque church of the Assumption of the Virgin Mary, which was built in 1802. However, exactly at this spot, a church had already been there in the 13th century and afterwards in the 17th century. With a little luck the church is open and you can visit the beautiful paintings and the 5 marble altars inside.

Right next to the church building is the free-standing church tower, which is about 22 meters high and was built in 1552 as a fortified tower. 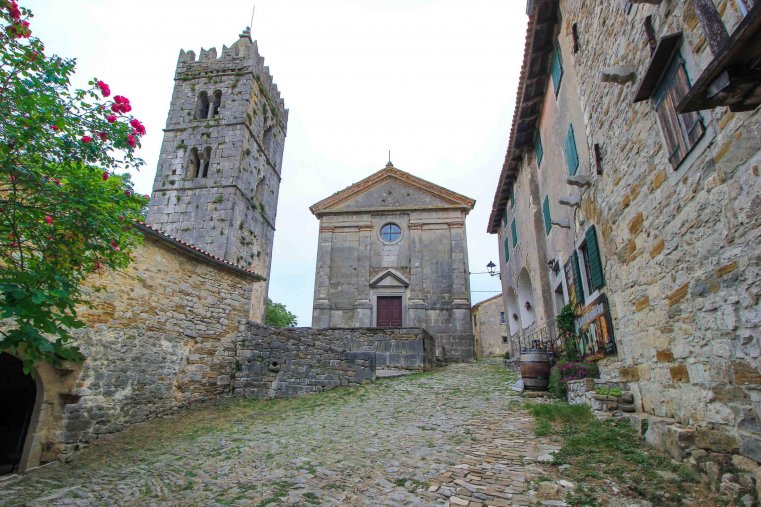 During a trip to Hum you will find various fantastic delicatessen shops, where you can try delicious truffle specialties, local wines, liqueurs and brandies of regional production. You should definitely try Biska, the famous mistletoe schnapps of the region. The recipe is said to come from Hum and that it has a certain healing effect.

Tip: fantastic Istrian cuisine can be found at Humska Konoba, which is actually the only restaurant in Hum! 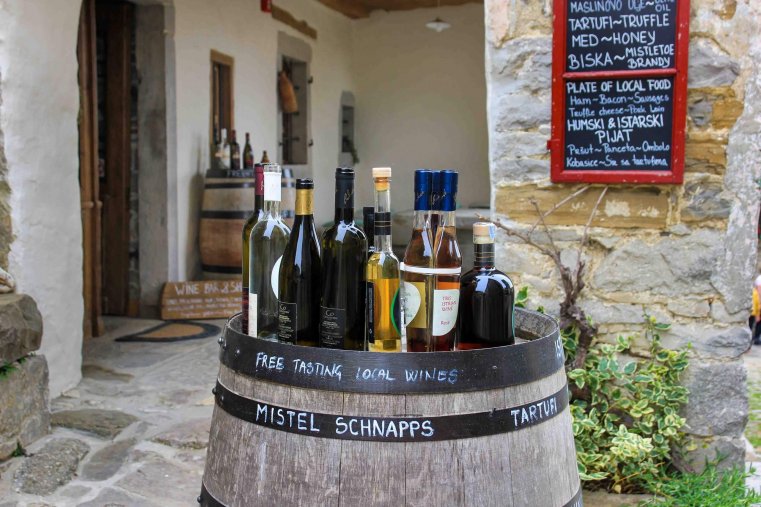 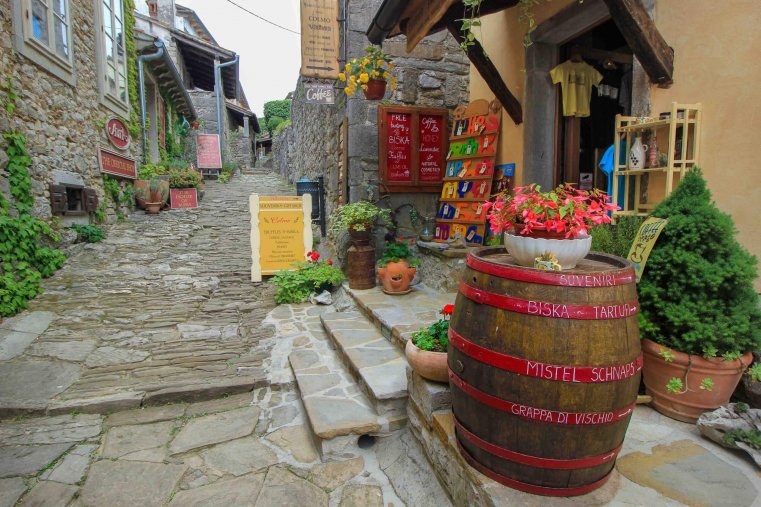 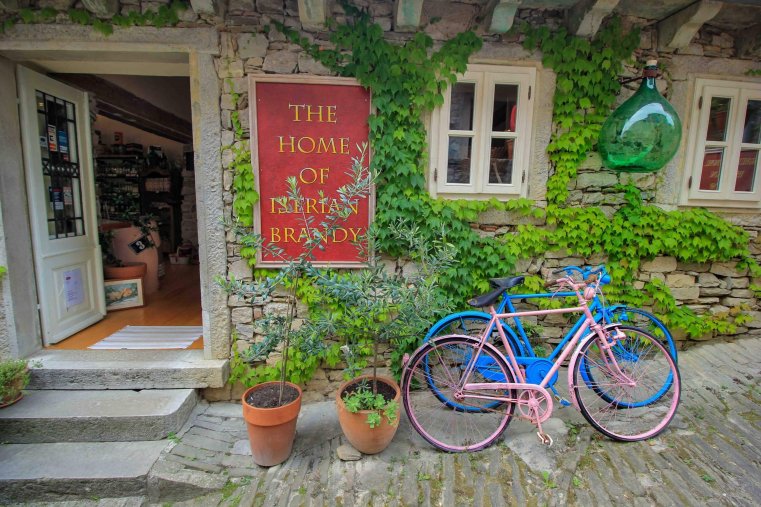 Exploring the Avenue of Glagolites

The Avenue of Glagolites comprises a total of 11 monuments and leads from the town Roc to the town gate of Hum. If you are on your way to Hum by car, you will most likely pass monument No. 7 – “The Rise of the Istrian Code of Law” (Uspon istarskog razvoda). 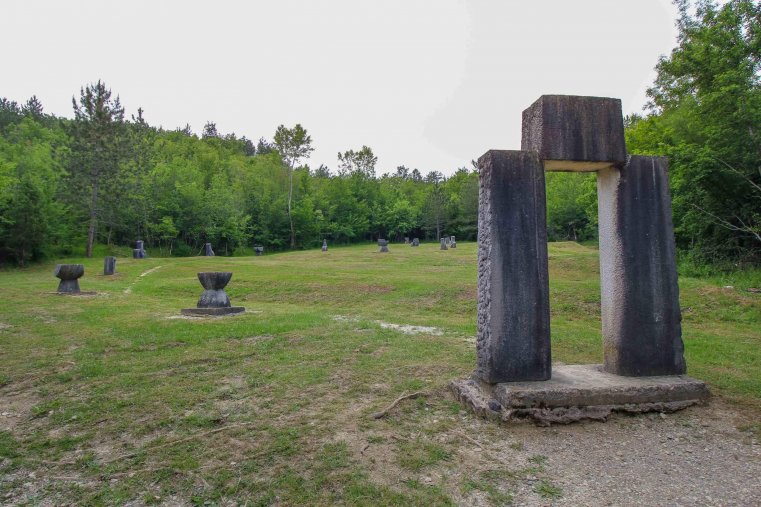 Inside the historical buildings of the old town are some really lovey accommodations, mostly private run apartments. Perfect if you want to spend the night in the smallest town in the world and take a closer look at the surroundings of Hum and the hinterland of Istria.

Title
Date
Link
hum.hr
Is a

Contents
Hum in Croatia: The Smallest Town in the World!
Why is Hum the smallest town in the world?
The history of Hum
What to see and what to do in Hum
Culinary experience in Hum
Exploring the Avenue of Glagolites
Accommodations in Hum
Timeline
Further reading
Documentaries, videos and podcasts