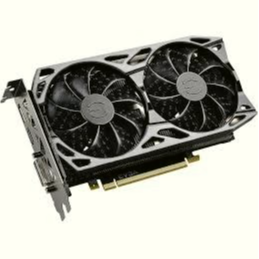 Modern graphics processors process and display computer graphics very efficiently, thanks to a specialized pipeline architecture they are much more efficient in processing graphic information than a typical central processing unit.

The graphics processor in modern video adapters is used as a 3D graphics gas pedal.

It can be used as part of a discrete graphics card, as well as integrated solutions (integrated into the north bridge or a hybrid processor).

Distinctive features in comparison with the CPU are:

architecture that maximizes the speed of texture calculation and complex graphics objects;

a limited set of commands.

The high computing power of GPUs is explained by the peculiarities of the architecture. Modern CPUs have a small number of cores (as compared to graphical processors), while the graphical processor was originally designed as a multi-threaded structure with many cores. The difference in architecture also results in a difference in principles of operation. While CPU architecture assumes a sequential processing of information, GPU was historically designed for computer graphics processing, so it is designed for massively parallel computing.

Each of these two architectures has its own merits. The CPU performs better with sequential tasks. With a large amount of information to be processed, the GPU has a clear advantage. There is only one condition - parallelism must be observed in the task.

Therefore, it is desirable to be able to connect the graphics processor to some external notebook bus. PCI Express is the only bus commonly used for this purpose. The port can be, for example, an ExpressCard or mPCIe port (PCIe × 1, up to 5 or 2.5 Gbps respectively) or a Thunderbolt 1, 2 or 3 port (PCIe × 4, up to 10, 20 or 40 Gbps respectively). These ports are only available on some laptops.

External GPUs have not had much official vendor support. However, this has not stopped enthusiasts from adopting eGPU settings.

At the software level, a video processor for its organization of calculations (3D graphics calculations) uses some kind of application programming interface (API).

The earliest gas pedals used Glide - API for 3D graphics, developed by 3dfx Interactive for video cards based on their own graphics processors Voodoo Graphics.

Generations of gas pedals in video cards can be counted by the versions of DirectX and OpenGL they support.

"Created via: Web app"
Anastasiia Pavlova created this topic on 29 Jan, 2022
Edits made to:
Infobox (+1 properties)