Who is Future (Rapper)?

Future is one of the hottest American rappers of the recent times; he has everything going for him–the fan following, the music, the sound and the chartbusting albums. He has been dubbed by Billboard as the ‘Future of the Music’. And why not, for he officially became the first ever artist to knock out his own album (FUTURE) from the number 1 spot to replace it with yet another album of his (HNDRXX). With this, Future became the only musician in the Billboard’s history to ever debut two back-to-back #1 albums. Interestingly, it was his cousin who first introduced him to music and rapping. Little did Future know that his fate would be sealed and so would be his stage name for life. Since 2010, Future has released several mixtapes and albums, each of which have charted to the top spot. In 2012, he made the big leap with his debut album ‘Pluto’ that opened to positive reviews. He soon followed it up with equally successful second and third album. In 2015, Future hit it big internationally with his chartbursting album ‘DS2’ and super hit mixtape ‘What A Time To Be Alive’. With a universal influence and omnipresent chart dominance, Future surely seems to be the ‘Future’ of music. 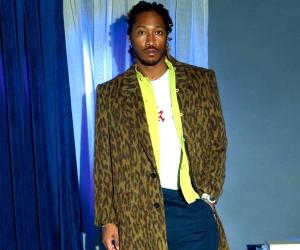 After inking the deal with A1 Recordings, Future came up with his next mixtape ‘Streetz Calling’. Through the mixtape, he brought a new dimension to pop genre and nearly perfected it. Simultaneously, he also partnered with rapper Gucci Mane for their collective album ‘Free Bricks’. He even co-wrote the YC single ‘Racks’.

Though ‘Streetz Calling’ was deemed as the final mixtape before the release of Future’s debut album, in January 2012, he came up with yet another mixtape titled ‘Astronaut Status’. Though ‘Astronaut Status’ did not perform exceptionally well as his previous works, it nevertheless took Future’s rhythm and music well into the next year.

On January 15, 2013, Future released the compilation mixtape ‘F.B.G.: The Movie’ which featured artists signed to his Freebandz label including Young Scooter, Slice9, Casino, Mexico Rann and Maceo. The mixtape was a huge hit (having over 250, 000 downloads on mixtape site DatPiff) and it was certified platinum.

Following the release of ‘FBG: The Movie’, Future announced the coming of his second studio album ‘Future Hendrix’. Much unlike his debut venture, ‘Future Hendrix’ was deemed to be more substantive musical affair featuring R&B music. Its lead single ‘Karate Chop’ featuring casino premiered on January 2013. In August, Future changed the title of his album to ‘Honest’. After much speculations, ‘Honest’ was released on April 2014. The album featured inputs from Kanye West, Rihanna, Ciara, Drake, Kelly Rowland, Jeremih, Diplo and André 3000 amongst many others.

Between 2014 and 2015, Future came up with three mixtapes, ‘Monster’, ‘Beast Mode’ and ’56 Nights’. Interestingly, all the mixtapes did exceedingly well earning much critical acclaim and appreciation.

On July 2015, Future came up with his next successful album ‘DS2’. He followed it up with a collaborative mixtape, with Canadian rapper, Drake, titled ‘What a Time to Be Alive’ later in the year. The album debuted at number one on the Billboard 200, Billboard R&B Charts and Billboard Hot Rap Songs thereby making Future the first rapper in more than a decade to have two number one albums in a year. The mixtape alone sold over 334,000 copies in the U.S.

On January 2016, Future released another mixtape titled ‘Purple Reign’. He immediately followed it up with his fourth studio album ‘EVOL’ that premiered on DJ Khaled's debut episode of the Beats 1 radio show ‘We The Best’. With the release of his fourth album, Future became the fastest artist to have three number-one albums on the Billboard 200 since Glee soundtrack albums in 2010.

Other than albums and mixtapes, Future also released several singles certified gold or higher by the RIAA, including ‘Turn On the Lights’, ‘Move That Dope’, ‘Fuck Up Some Commas’, ‘Where Ya At’, ‘Jumpman’, ‘Low Life’ and ‘Mask Off’.

On February 2017, Future came up with his eponymous fifth studio album. While his fans were soaking in the ecstasy of his new album, Future showered them with yet another new album, his sixth titled ‘HNDRXX’. Both the albums went number one consecutively, thereby making Future the first artist to debut two albums at number one at the same time on the Billboard 200 and Canadian Albums Chart.

Future was born in Atlanta.

Who is Future (Rapper)? Everything You Need to Know

Who is Future (Rapper)? Everything You Need to Know