Egypt is a republic in North Africa.

Egypt is a country located in the northeast corner of the African Continent, with part of its Sinai desert located in the Asian Continent. The country has a total area of 1,002,450 square km, making it the 31st largest country in the world, as it measures from the north to the south a total of 1,024 km. Egypt’s currency is referred to as the Egyptian Pound, abbreviated as EGP.

Cairo is the capital of Egypt; it is a city built around the Nile. Egypt’s heartland, the Nile River valley and delta, was the home of one of the civilizations of the ancient Middle East. Pharaonic Egypt thrived for some 3,000 years through a series of native dynasties that were interspersed with brief periods of foreign rule.The dominant religion in Egypt is Islam. Being strategically located in the Gulf of Aqaba, the country has coastlines on the Mediterranean and the Red Sea and has the Nile River flowing through its entire length. Egypt shares borders with Libya, the Gaza Strip, Sudan, and Israel. 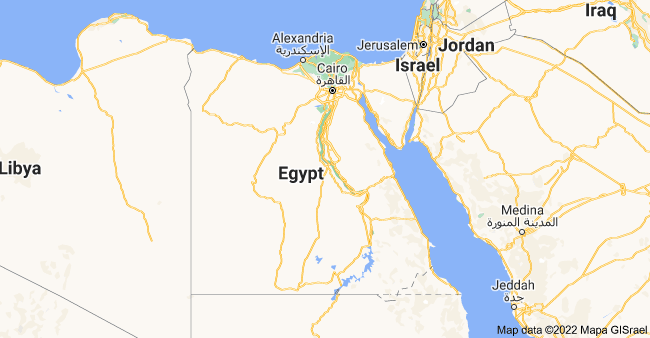 The country is bordered by Libya on the west and by Sudan on the south. On the north, it is bounded by the Mediterranean Sea and on the east by Israel and the Red Sea. Egypt is the world's most populous Arab country. It is also the second most populous nation in Africa, after Nigeria. It is a vital center of trade and communication for Asia, Africa, and Europe. Its location became even more important when the Suez Canal was opened in 1869. The canal makes the lengthy voyage around the southern tip of Africa redundant.

The languages of Egypt

Arabic is the official language of Egypt, and the written language is Classical Arabic, which is used for conducting official business. Colloquial Arabic is the language spoken on the street. Both forms of Arabic are utilized by the media, for business transactions, and in schools. Colloquial Arabic is utilized on television, the film industry, songs and folk literature, and popular poetry. The languages English and French are spoken among the more highly educated and by those who work in the tourism sector, where Italian and German are also heard. The Coptic language was derived from ancient Egyptian. It was spoken in Egypt until the 1100's but is now solely used in ceremonies of the Coptic Church. Nubian is spoken by the Egyptians who reside south of Aswan. Beja is the language of the nomads who reside along the Egyptian-Sudanese border east of the Nile. Berber is spoken by the people of Siwa, an oasis of the Libyan Desert. Both Nubian and Beja are not written languages.

Archaeologists have discovered a legendary 3,000-year-old "lost golden city" of the Pharaohs in Egypt.
Egypt launches its first communication satellite, Tiba-1, into orbit.