Who is Edgar Wright?

Edgar Wright is an English director, screenwriter, producer, and an actor who is known for creating and directing the British comedy series ‘Asylum’ in the mid-1990s. During the early part of his career, he wrote the scripts of and directed several popular short films including ‘I Want to Get into the Movies’, ‘Rolf Harris Saves the World’, ‘Dead Right’ and ‘Don’t’. He collaborated with actors Simon John Pegg and Nicholas John Frost to create the British sitcom ‘Spaced’ in the late 1990s. He again worked with the same actors when he directed the horror comedy ‘Shaun of the Dead’. After his successful directorial career in television and the short film genre, Wright started working on feature films as a scriptwriter, producer, and more importantly, as a director. He has directed several comedy films based on fantasy, sci-fi, and horror plots. He wrote the script, co-produced, directed, as well as acted in the 2013 sci-fi comedy film ‘The World's End’. He also wrote the script of the popular superhero movie ‘Ant-Man’ from Marvel’s Cinematic Universe franchise. In 2018, Wright won the Georgia Film Critics Association’s ‘Oglethorpe Award for Excellence in Georgia Cinema’ for his work in the action thriller film ‘Baby Driver’. 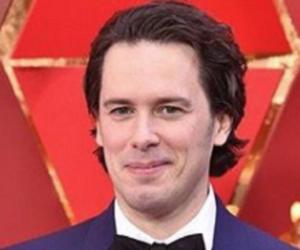 Edgar Wright started his career with a very low budget in 1995 and made his first feature film, an independent spoof western, ‘A Fistful of Fingers’. It caught the attention of British comedians David Edward Williams and Matthew Richard Lucas. They hired Wright to direct their parodic sketch show ‘Mash and Peas’ for the Paramount Comedy channel in 1996.

He then directed the British comedy series ‘Asylum’, based on a story revolving around a mental asylum. The show ran for just one season consisting of six episodes in 1996.

In 1998, Wright undertook three projects: ‘Alexei Sayle's Merry-Go-Round’, ‘Is It Bill Bailey?’, and ‘French and Saunders’. He directed six episodes each of the first two comedy shows while he directed one episode of the third one.

In 1998, actor Simon Pegg and Tallulah Jessica Elina Hynes (also known as Jessica Stevenson) were making plans for their sitcom ‘Spaced’ which was due to run on Channel 4. They decided to bring in Wright as the director and Wright accepted the offer straight away.

The show ‘Spaced,’ which premiered in 1999, was a major hit. Wright was nominated at the BAFTA Awards twice in the Situation Comedy Award category in 2000 and 2002.

In 1999, he also directed the British television comedy series ‘Sir Bernard's Stately Homes’ which ran for six episodes. He directed the episode ‘Confessions of a Murderer’ of the British dark comedy show ‘Murder Most Horrid’ as well.

Wright again collaborated with Simon Pegg and they worked on a comedy horror film ‘Shaun of the Dead’ in 2004. Wright co-wrote the script as well as directed the film while Pegg co-wrote and acted in the film. Pegg played the lead character ‘Shaun’, a Londoner who gets caught in the ‘zombie apocalypse’. The film also featured Nick Frost as ‘Ed’.

‘Shaun of the Dead’ was the first film of ‘The Three Flavours Cornetto Trilogy’ that Wright and Pegg decided to work on. The next film was ‘Hot Fuzz’, an action comedy film where Simon Pegg and Nick Frost played the role of two policemen trying to solve a mysterious murder case. Wright was the director and the screenwriter of the film which was co-produced by Nira Park, Tim Bevan, and Eric Fellner.

In 2013, Wright donned multiple hats as a director, writer, actor and executive producer for the comic sci-fi film ‘The World's End’, which was the last film of the ‘The Three Flavours Cornetto Trilogy’. The film was based on a group of friends who discover an alien invasion. Old friends Pegg and Frost joined the cast along with Paddy Considine, Martin Freeman, and Rosamund Pike.

Wright was due to direct Marvel’s live-action superhero film ‘Ant-Man’. However, due to creative differences with the studio, he was not allowed to direct the film. Wright was still credited with the script. Marvel replaced him with Peyton Reed as the director of the film. Adam McKay and Paul Rudd rewrote the script which was originally written by Wright.

In 2017, Wright directed the action thriller film ‘Baby Driver’, starring Kevin Spacey, Ansel Elgort, Jon Hamm, Lily James and Jamie Foxx. He also wrote the script and co-produced the film which was made on a budget of US $34 million. The film grossed US $226 million worldwide and received positive reviews.

Edgar Wright was born in Poole.

Who is Edgar Wright? Everything You Need to Know

Who is Edgar Wright? Everything You Need to Know