A system for image enhancement and restoration

Deep Image Prior is an image enhancement and restoration system without neural network training. It uses a neural network as a prior for image processing task, and is used to ultimately restore or reconstruct images inversely.

The structure of the network is sufficient to capture low-level image statistics prior to any learning contrary to the common practice of training a deep neural network with a dataset. It uses randomly initialized neural network handcrafted priors to address images issues such as denoising, super-resolution, in-painting and restore images based on flash-no flash input pairs. 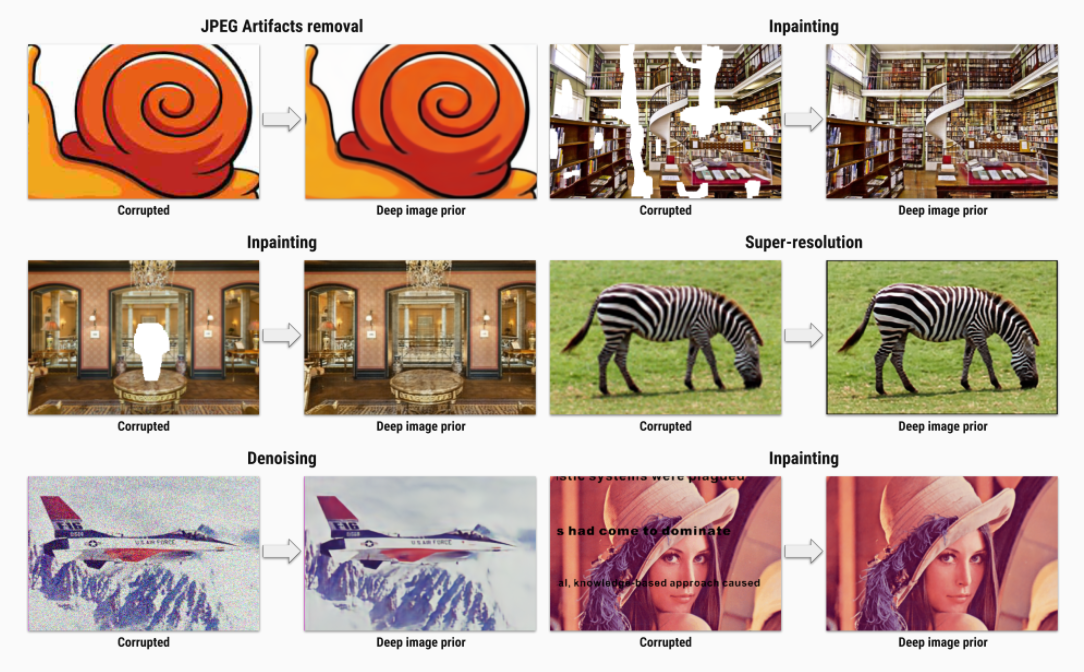 ﻿Learned-prior and explicit-prior are the two most widely used forms of image restoration. Learned-prior involves training a deep convolution network to study the given world in the image through a dataset, allowing it to remove noise from the image. Explicit-prior is when a network is taught what an image is supposed to look like by being given types of images that are natural.﻿