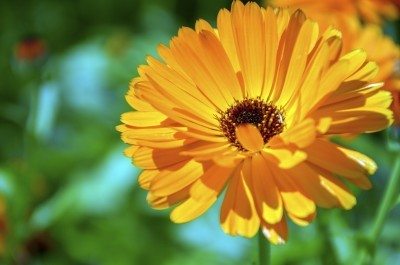 Calendula is a genus of about 15–20 species of annual and perennial herbaceous plants in the daisy family Asteraceae that are often known as marigolds.They are native to southwestern Asia, wеstern Europe, Macaronesia, and the Mediterranean. (Other plants also known as marigolds, are corn marigold, desert marigold, marsh marigold, and plants of the genus Tagetes).

The genus name Calendula is a modern Latin diminutive of calendae, meaning "little calendar", "little clock" or possibly "little weather-glass".The common name "marigold" refers to the Virgin Mary. The most commonly cultivated and used member of the genus is Calendula оfficinalis, the pot marigold. 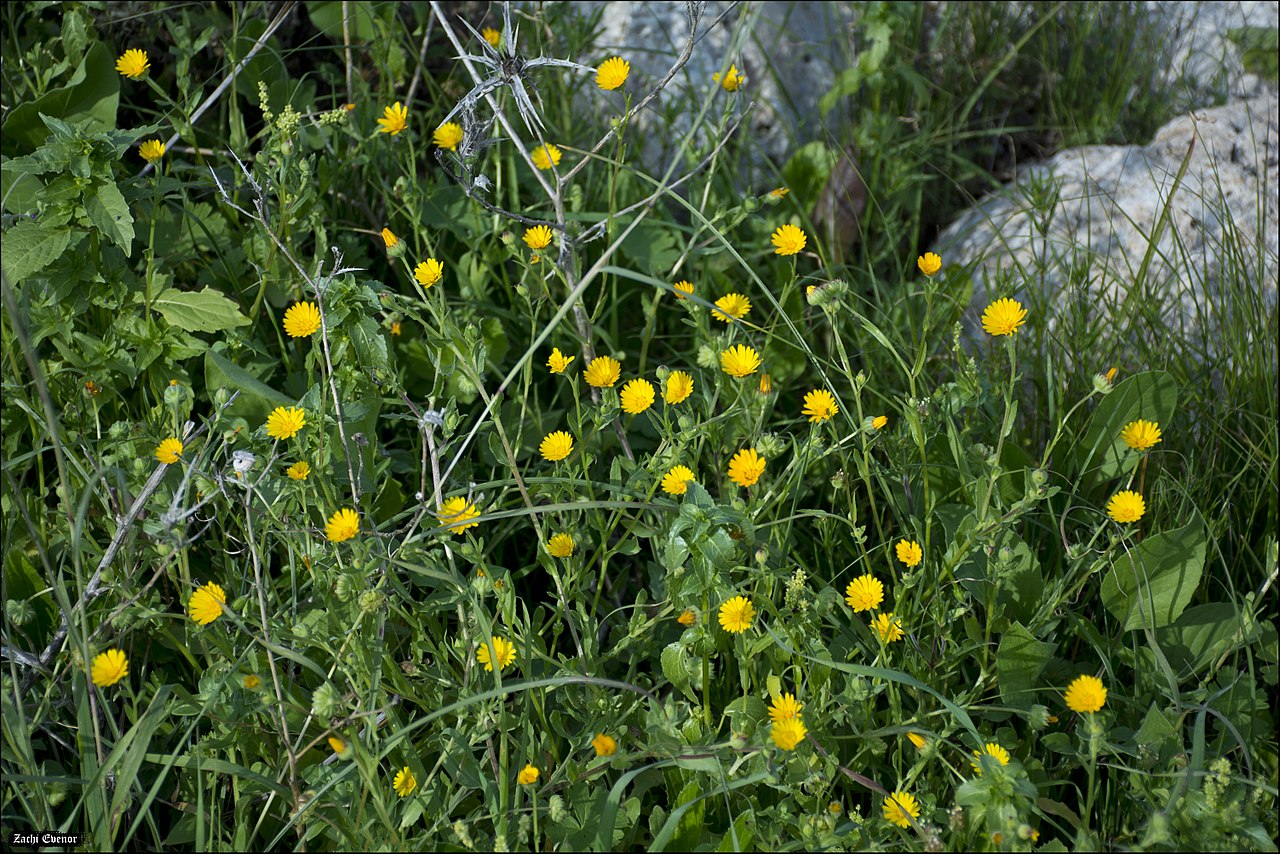 Calendula, otherwise known as Calendula officinalis, is a marigold plant that has historically been used for a host of different ailments, mainly those affecting the skin such as in the healing of wounds. The medicinal part of the plant is found in the beautiful, deeply rich colored orange and yellow flower.

The colorful petals are rich in flavonoids—naturally occurring compounds found in vegetables and fruits—that have been shown to exhibit anti-inflammatory, anti-thrombogenic, antidiabetic, anticancer, and neuroprotective activities through different mechanisms of action in vitro and in animal models.

Calendula is a member of the Asteraceae/Compositae family and comes from the Asterales order. According to the USDA, its native locations are in Canada and the lower forty-eight states of the United States. Calendula is an annual plant, easily grown in average, moderately fertile, well-drained soils in full sun. It can be planted in flower beds, borders, cottage gardens, cutting gardens, or pots/containers. The fragrant leaves attract butterflies and the petals can be consumed and used in cooking.

Calendula oil is made by infusing the flowers in a carrier oil (such as olive oil or coconut oil). The oil can be used on its own or as an ingredient in ointments, balms, creams, or lotions. It can also be produced in tincture, tea, or capsule form. Decoratively, calendula petals have been used in floral displays and potpourri mixes. Be sure not to confuse calendula with ornamental marigolds of the Tagetes genus, which are commonly grown in vegetable gardens.

Calendula has been used to treat a variety of ailments affecting the skin as well as infections and fungus. Research suggests that calendula may be effective in treating diaper rash, wounds, vaginal yeast infections, and other skin conditions. Calendula has also been used as a pain reducer and inflammation reducer. It also has been used as an aid in treating cancer—specifically for treatment-related side effects (like radiation).

While there is some research suggesting the positive effects of calendula, the long-term use of calendula has not been studied and more research is indicated. Before beginning any treatment or supplement make sure to clear it with your healthcare professional.

The photoprotective effect of topical gel formulations is thought to be associated with an improvement in collagen synthesis in the sub-epidermal connective tissue. It is thought that the chemicals in calendula enhance new tissue growth in wound healing and decrease inflammation.

Animals studies have shown a relationship with calendula use and improvement of wounds. What about humans? A recent study published in The Journal of Family Medicine and Primary Care examined the effectiveness of calendula ointment on cesarean scars in 72 women.

Researchers found that as compared to standard hospital treatment, those women treated with calendula ointment had a quicker healing time. They reported their incisions to be less red and swollen.

In a 2016 study published in The Journal of Wound Care, researchers used Calendula officinalis extract on people with venous leg ulcers. Their findings indicated that those treated with calendula had a 7.4 percent "healing velocity per week" as opposed to only 1.7 percent in the control group. In addition, researchers reported, "No adverse events were observed during the Calendula officinalis extract treatment."

Early research shows that using a calendula spray in addition to standard care and hygiene might prevent infection and decrease odor in people with long-term foot ulcers from diabetes.

Calendula is heavily marketed in the treatment of eczema and dermatitis; however, the research on calendula for treating eczema and dermatitis is limited. Because the plant has anti-inflammatory properties, applying it to skin conditions may reduce inflammation. However, there is no real clinical evidence to support its use for eczema.

In fact, the use of calendula may actually be irritating for young children with severe eczema, especially if they have an allergy to ragweed, daisies, marigold, or any other plant variety within that family.

Using calendula creams on diaper rash may be advantageous when compared to certain treatments, such as aloe vera gel. However, research indicates that calendula is inferior to bentonite solution. Researchers found that when treating infants with Bentonite, 88 percent of lesions in the Bentonite group started improving in the first six hours while this rate was 54 percent in the calendula group.

They concluded that for those women who would like to avoid taking drugs to treat bacterial vaginosis, calendula ointment may be a viable option. As for its effectiveness in treating yeast infections, one study published in Women and Health found that calendula cream was effective in treating vaginal yeast infections, but had a delayed effect as compared to standard medication (Clotrimazole).

You should not use calendula if you are allergic to ragweed, daisies, marigold, or plants in the Asteraceae/Compositae family. Doing so could cause an allergic reaction.

Women who are pregnant or breastfeeding should also avoid calendula because ingesting calendula may affect your hormone levels and induce menstruation.

Anyone taking medication or scheduled for surgery should discuss calendula use with their physician first.