Who is Bretman Rock?

Bretman Rock is an Instagram star, YouTuber, and former Viner who is breaking all norms for all the right reasons. And can we forget just how insanely hilarious his Instagram videos are? His energy levels and sense of humor are unparalleled and no matter how hard you try, once you enter his channel, there is no going back! With his eyebrows and contour always on point, and with his humor with a hint (maybe more than a hint) of expletives and all things sarcasm, Bret is no average internet personality! With millions of followers on Instagram and YouTube, Bretman Rock is one of the most popular internet stars. His don’t-care-won’t-care attitude is probably why people of all ages and genders take an instant liking for him. His makeup tutorials with an overwhelming amount of jokes will leave you in splits for hours! His on-screen charisma will have you gripped for hours and before you know it, you would’ve already hit the Subscribe button! 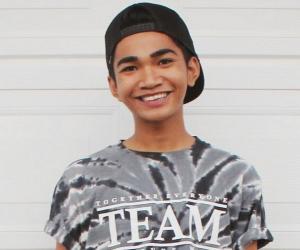 What Makes Bretman Rock So Special

Though Bretman Rock hit the jackpot with his huge success on Vine, Instagram, and YouTube portals, he has gone off the record to share that he is a completely different person off-screen. Apart from usually hating to be in front of the camera, Bret admits that he is his most genuine self, living it up on social media, doing his best to make people laugh. Bret’s success is mostly rooted in positivity and inspiration but the only twist to this is that his good vibes come with cutting humor that complements his fierce, devil-may-care attitude. He even shared his experience of once being bullied by his classmates for his sexuality, but instead of succumbing to it, he blocked the negativity out like a boss!

Bretman Rock was born in Sanchez-Mira.

Who is Bretman Rock? Everything You Need to Know