Azamat Kudzaev is a rapper, better known under the pseudonym MIYAGI and Shau. He took his pseudonym in honor of Mr. Miyagi, a martial artist who trained the main character in the movie "Karate Kid".

Born December 13, 1990 in Vladikavkaz, Russia. The current city of residence is St. Petersburg. Azamat graduated from the Medical Academy, but did notwant to work as a doctor. According to the guy, he operated well and could make a name for himself if he went into traumatology or plastic surgery. There were even cases where education helped save a person's life. In an interview, MiyaGi said that he himself was on the verge of death when, at the age of seven, due to his own stupidity, he fell under a tram. Doctors miraculously managed to save him.

Kazbek Kudzaev is the father of MiyaGi, a famous surgeon, head of the Center for Orthopedics and Aesthetic Surgery of North Ossetia. He wanted Azamat to follow in his footsteps. MiyaGi's father brought up his children according to all laws and traditions, teaching from childhood to respect their parents, to be a patriot, a purposeful and strong-willed person. Azamat is not the only child in the family. He has a brother. 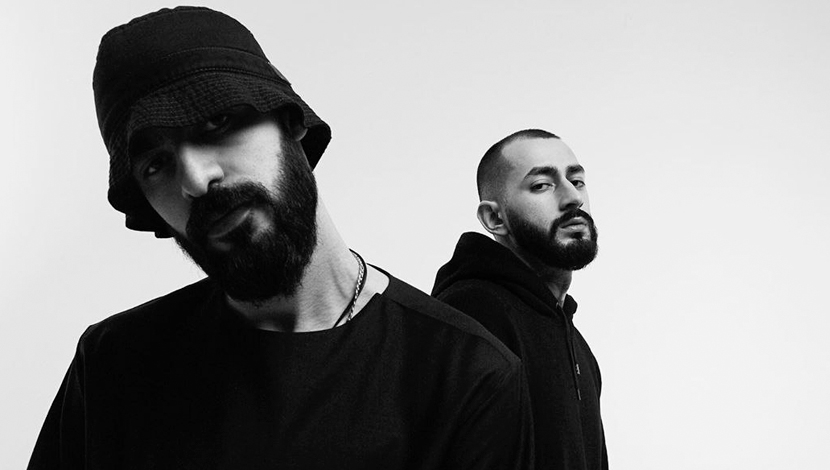 Rumor has it that the guy has a certain craving for risk and danger. There is information where Azamat, playing Russian roulette, shot himself in the head from a barrel. But this is not a completely true story. In fact, the brother shot in the head and everything happened by accident. He found a non-working pistol at home, repaired it and the pistol fired. Therefore, Azamat has an aversion to weapons.

Even in his youth, Azamat was a versatile person: he loved to read and was engaged in martial arts. Azamat does not like to disclose all the details of his childhood - he considers it superfluous. The same opinion and his father Kazbek Kudzaev. The only thing that we managed to find out from his father is the origin of the first pseudonym Azamat. Shau. Why is that? As a child, the guy was swarthy and classmates called him "sau", which means black in Ossetian.

Rap interested the guy as a child. In his school years, Azamat began to listen to American rap and he fell in love with this genre to the point of madness. He began writing his own texts in his first year. At that time, the guy did not even think that this art would drag him so much. A friendship with one of the high school students of his school, known today as Roma Amigo, was very influential. It is Roma Azamat who considers his mentor. Roma Amigo is one of the guys who was the first to rap in Vladikavkaz.

Many would like to see MiyaGi at the Versus battle, but the rapper's Caucasian mentality does not allow him to participate in the battles. Since he was brought up in strict traditions and, for example, insulting his parents is unacceptable for him. The instructions of the father on the creative path to his son were as follows: "You must become the best where you go." Azamat promised his father that during the year he would do everything to the maximum so that the father could be proud of his son. 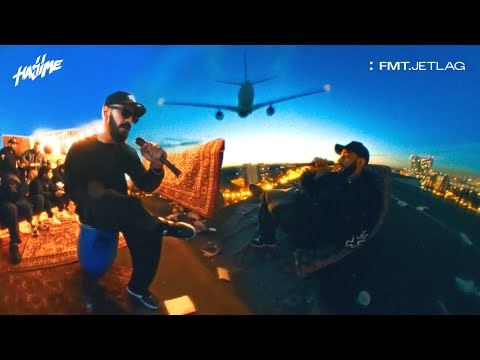 Azamat graduated from high school, after which he moved to St. Petersburg, where he plunged into creativity. Azamat's own studio has become a meeting place for two talented, brilliant masters of their craft - Miyagi and Endgame. Their joint efforts and work created an unusual, unformatted duet. Inspired by the creative work of Bob Marley and Travis Scott, the duo of Miyagi and Endgame found their own image and their own unique style. After that, they began to record joint tracks and clips, posting them on Youtube and VKontakte. The listeners appreciated their tracks and pleased the rappers with positive comments. The quality of the tracks, their meaning, originality and original sound have become a feature of the guys. Without financial support, they began to rise up. In one of the interviews, the question was asked: "How can you break into rap without money?". The guys answered: "You just need to do it cool. That is, the instrument of money can play some role, but not always the main one." During the period when Miyagi went into creativity, he recorded several tracks "Home" and "Bonnie". These tracks made the rapper noticeable. The duo Miyagi and Endgame wrote two joint albums "HAJIME" and "HAJIME 2" in almost two years. This collaboration was an explosion. Rappers hit the first lines of the hit parades. After such an explosion, the guys were flooded with proposals from representatives of various projects. The reason for the success, perhaps, is that they stick together and do not chase fashion. They make their rap the way they see and feel. 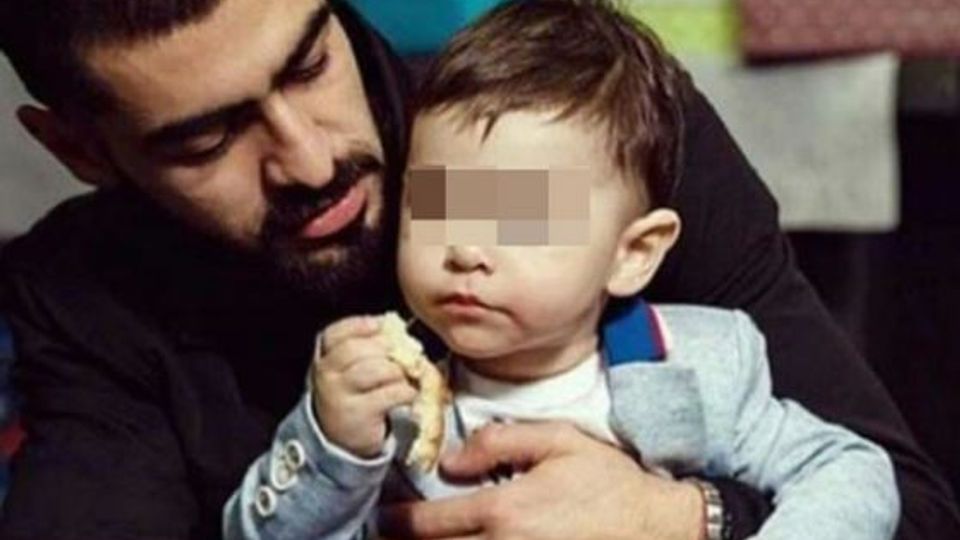 Having absorbed the principle not to advertise his personal life with his mother's milk, the artist does not talk about his family. At one time, from the few replicas of his friends and father, it was only known that he had a son who was born in 2016, and his wife - official or not, is not known for certain.

The musician's father Kazbek Kudzaev told reporters that his son had left for St. Petersburg with his beloved, called her daughter-in-law, and revealed to the public that she, like Azamat, received a medical education (in the field of gynecology). Subsequently, fans found out the name of Miyagi's wife - Ilona Tuskaev. It is to her that the compositions "Bonnie" and "My Wife" are dedicated.

On September 7, 2017, an event occurred that divided the artist's life into "before" and "after". Miyagi's one and a half year old son fell out of a window on the ninth floor. The kid climbed onto the windowsill while his mother was in another room, pulled the window handle, it swung open. The boy had no chance to survive - he fell on the asphalt at the entrance. The heartbroken father rushed home and, in a state of passion, began to destroy everything that caught his eye, injuring his hand. Due to the tragedy, Hajime Records has announced a hiatus, hoping for the understanding of fans.

In March 2018, the artist published a post on Instagram, in which he said that the death of his son changed his attitude towards death. Three years after the tragedy, Miyagi and his wife became parents again - they had a daughter, Samira. 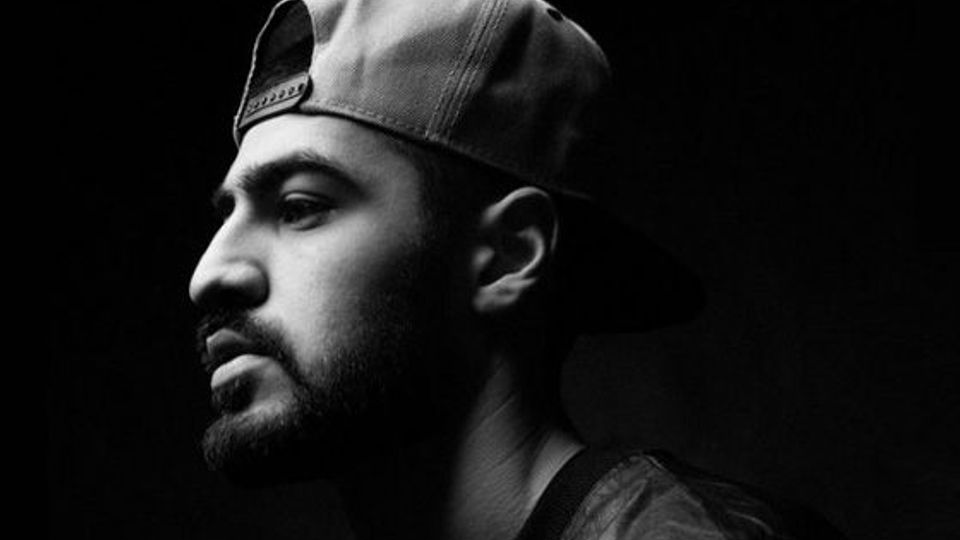 Miyagi and Endgame have far-reaching plans. Artists are confident that they will soon reach the international level.

However, since 2019, the duet has been called differently: MiyaGi & AndyPanda. Endgame changed his pseudonym, as many listeners found it difficult to pronounce. Andy is the first part of Endgame, and Panda is a tribute to his dead friend. In 2020, the first album after a two-year break, Yamakasi, was released. In general, the performers did not plan to release the album so quickly, but they learned about the trouble in the family of little Arnella Persaeva. At birth, she was diagnosed with spinal muscular atrophy (SPA), and the only way to save the girl's life was with the help of Zolgensma. Only one dose is needed, but its cost is 160 million rubles (or $2.5 million).

The rappers decided to help raise money for a charity tour in support of Arnella with songs from the new album, but due to the coronavirus pandemic, almost all concerts were canceled. Then the duo launched the #YAMAKASICHALLENGE campaign, calling on fans to transfer money - as much as they can. We managed to raise 11 million rubles. The story with Arnella ended well: the money collected by "all the world" paid for the baby's treatment, and she began to walk.

Azamat Kudzaev was born in Vladikavkaz.