The autopoietic theory was put forth by Chilean biologists Humberto Maturana, Francisco Varela and Ricardo B. Uribe. Autopoiesis describes how living cells work from a systemic viewpoint focusing on the following three facts: 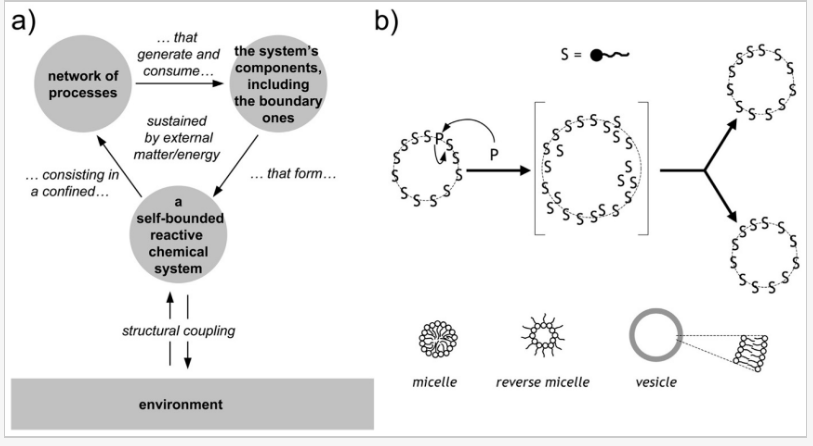 The above figure from Stanos (2019) shows the principles of autopoietic organization on the left (a). The “structural coupling” with the environment means that the system has established and can possibly evolve its own organization through dynamic coupling with its environment. The right side (b) represents minimal autopoietic chemical systems, generated in the early 1990s that employ micelles, reverse micelles and vesicles based on fatty acids. The autopoietic dynamics of growth and division are shown.

Autopoiesis: The organization of living systems, its characterization and a model