Anton Andreyevich Miranchuk (was born 17 October 1995) is a Russian professional footballer who plays as a left winger or attacking midfielder for Lokomotiv Moscow and the Russia national team. 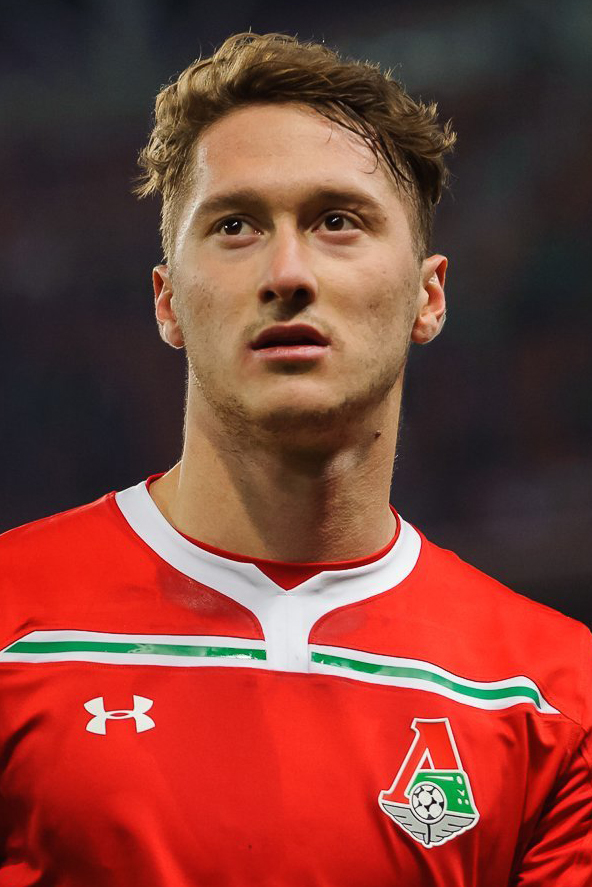 Born in Slavyansk-na-Kubani, Miranchuk joined Spartak Moscow from his hometown football school Olymp. He was dismissed from the club because of weak physical abilities. After that, he and his twin brother Aleksei moved to Lokomotiv Moscow.

On 30 October 2013, Miranchuk made his competitive debut in senior football in a Russian Cup game against Rotor Volgograd replacing Victor Obinna in the 88th minute.

On 2 February 2016, Miranchuk was sent on loan to Estonian club Levadia Tallinn. He made his debut for the new team on 2 April 2016, in a 1–1 home draw with Nõmme Kalju. On 30 June 2016, Miranchuk made his debut in UEFA Europa League, in a 1–1 draw with Faroese side HB in a first qualifying round. By the end of 2016 Meistriliiga season, he scored 14 goals and became the best goalscorer of his team in the league.

Miranchuk made his debut in the Russian Premier League for Lokomotiv Moscow on 9 April 2017 in a game against FC Rostov. On 24 October 2018, he scored his first UEFA Champions League goal in a 3–1 home defeat against Porto in the 2018–19 season. On 27 October 2020, he scored a goal in a 1–2 home defeat against Bayern Munich in the 2020–21 UEFA Champions League. He scored again on 3 November against Atlético Madrid in the same competition.

Miranchuk made his debut for Russia national football team on 7 October 2017 in a friendly game against South Korea.

He is the identical twin brother of Aleksei Miranchuk, who is also his teammate on the Russia national team.