Who is Amanda Seyfried?

Amanda Seyfried is an American actress, known for her roles in movies like ‘Mean Girls’ and ‘Jennifer's Body.’ Starting her career as a model when she was just 11, she eventually branched out into acting when she was a teenager. Starting with minor roles in TV series, she made her big screen debut as ‘Karen Smith’ in the teen comedy film ‘Mean Girls.’ This role brought her mainstream fame and established her as an actor in the American film industry. She is also well-known for her portrayal of ‘Lilly Kane’ in the TV series ‘Veronica Mars.’ Though renowned for her beauty and sex appeal, Amanda refuses to be typecast as just another pretty face. The talented and ambitious actor loves challenging herself by taking up a variety of roles that force her to move out of her comfort zone. These roles also provide her an opportunity to develop her acting skills. She has done comedies, horrors, dramas, erotic thrillers, and romantic movies among other genres. She has never failed to impress the audience with her impeccable performances. In addition to being an actor, she is also a singer. She has contributed to the soundtracks of some of her movies. 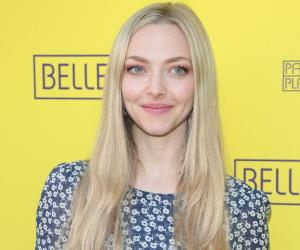 Amanda Seyfried stopped modeling to focus on her acting career. After playing a few minor roles in some TV series, she was cast as ‘Karen Smith,’ a dim-witted girl, in the teen movie ‘Mean Girls’ (2004). The film was a box office hit and increased Amanda’s popularity.

She then auditioned to play the title character in the TV series ‘Veronica Mars.’ Though she didn’t land the role, she was eventually cast as the title character’s best friend ‘Lilly Kane.’ She played this role in 11 episodes from 2004 to 2006.

Around this time, she also ventured into cinema and played supporting roles in movies like ‘Nine Lives’ (2005) and ‘American Gun’ (2005). In 2006, she appeared in five episodes of the TV series ‘Wildfire.’

With her acting career on a roll, Amanda Seyfried appeared in numerous films in the late-2000s. Among her major film projects were ‘Mamma Mia!’ (2008) where she played ‘Sophie.’ In 2009, she appeared in ‘Jennifer's Body’ in which she played ‘Anita.’

In 2010, she acted in the romantic drama-war film ‘Dear John’ which was an adaptation of Nicholas Sparks' 2006 novel of the same name. The film became a commercial hit even though it received negative reviews from critics.

Being a talented singer, Amanda Seyfried has also contributed to the soundtracks of several films, such as ‘Mamma Mia!’ and ‘Dear John.’

The 2010s began on a positive note for the young actor as she remained busy with many interesting projects. In 2011, she appeared in the movie ‘In Time’ where she played ‘Sylvia Weis.’ She then portrayed ‘Cosette’ in ‘Les Misérables’ in 2012. In 2013, she played important roles in ‘The Big Wedding’ and ‘Lovelace.’

Amanda Seyfried was part of the ensemble cast that appeared in the western comedy film ‘A Million Ways to Die in the West.’ The film, which was a moderate success, starred actors like Charlize Theron, Neil Patrick Harris, Giovanni Ribisi, Sarah Silverman, and Liam Neeson.

She co-starred with Mark Wahlberg and Seth MacFarlane in the 2015 comedy film ‘Ted 2,’ in which she played ‘Samantha Jackson,’ a lawyer addicted to marijuana. Even though the film was panned by the critics, it became a huge commercial success, grossing more than $216 million at the box office.

Amanda Seyfried was then seen opposite Ethan Hawk in the critically acclaimed 2017 movie ‘First Reformed.’ The movie performed moderately at the box-office, and was screened at the 74th ‘Venice International Film Festival.’ The same year, she was also seen in ‘The Last Word.’

In 2018, she starred alongside an ensemble cast, including Meryl Streep, Brosnan, and Christine Baranski in the jukebox musical romantic comedy film ‘Mamma Mia! Here We Go Again.’ It was both a critical and commercial success, earning a whopping $395 million against a budget of $75 million.

In 2019, she appeared in the comedy-drama film ‘The Art of Racing in the Rain’.

In 2020, Amanda Seyfried was seen in the horror film ‘You Should Have Left’ and the biographical film ‘Mank’. Her performance in the ‘Mank’ was highly appreciated and she was nominated for the Golden Globe Award and Academy Award for Best Supporting Actress for her performance.

Amanda Seyfried was born in Allentown.

Who is Amanda Seyfried? Everything You Need to Know

Who is Amanda Seyfried? Everything You Need to Know