Alpine skiing is one of the Winter Olympics' signature competitions. Often referred to as downhill skiing, it involves competitors skiing down a snow-covered mountain slope as quickly as possible. It's held in a time trial format, as opposed to skiers racing each other. 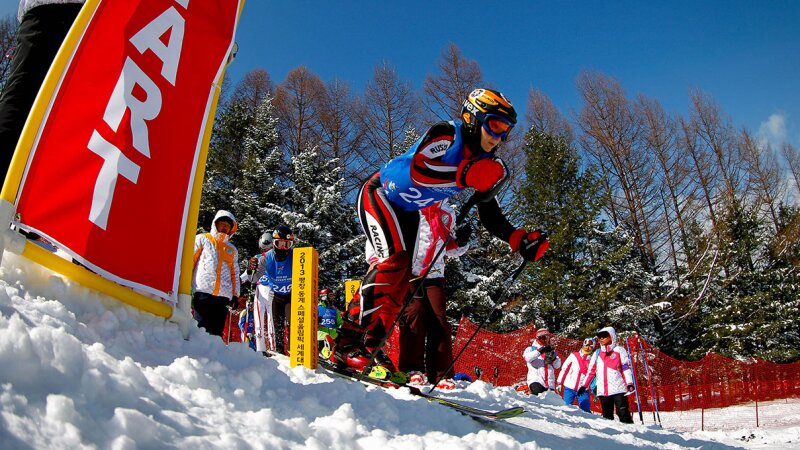 Before 10,000 years ago: With the retreat of glaciers after the last Ice Age, elk and reindeer begin migrating northward from Central Asia. Stone Age hunters follow the herds. They use snowshoes, evolving into longer fur-covered skis, when hunting -- these implements make the hunters faster over snow than elk and deer can move. Populations migrate across Beringia to North America. In North America the snowshoe never evolves into the ski.

16th century: First mentions of skiing in European literature, usually in reference to the "Scridfinns" ("Skiing Finns" or Lapps), the people who called themselves Saami.

100 Slopes of a Lifetime

Fifty places to ski & snowboard before you die

HOW TO SKI WITH FLOW | 3 Tips for smoother skiing